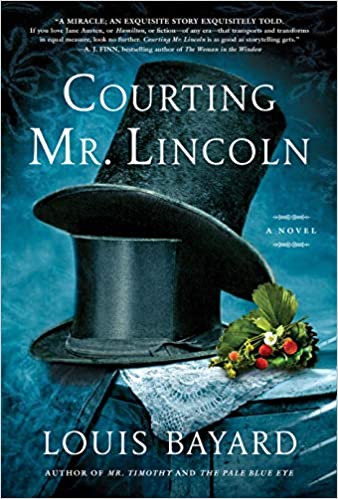 The double entendre of Louis Bayard’s title, Courting Mr. Lincoln, immediately alerts the reader to the duality of the novel’s subject matter. History tells us that one of the narrators, Mary Todd, was indeed courting the future president as much as Abraham Lincoln was courting her. The second narrator, Joshua Speed, occupies a more opaque historical niche, one that may—or may not—have involved courtship, too.

In 1839, Mary Todd ventured away from her Kentucky home to visit her sister and brother-in-law and to find herself a husband. Already in her early twenties, Mary was dangerously close to spinsterhood. It was imperative that she find a suitor as soon as possible, and Springfield, newly named the capital of Illinois, was filled with up-and-coming eligible bachelors. She immediately met many interesting men, but for reasons she never quite articulates, Mary found herself drawn to the reticent Abraham Lincoln. He had no money or social standing, Mary’s sister strongly disapproved. But Mr. Lincoln possessed a political charisma that attracted young Mary. Slowly but surely, their on-and-off-and-on courtship began.

Less straightforward is the role of Joshua Speed. When Lincoln first arrived in Springfield, he couldn’t afford lodging. Speed, proprietor of a local mercantile store, offered to share his quarters and his bed. Bed-sharing wasn’t unusual in the nineteenth century, but the fact that this arrangement lasted for four years was unusual, to say the least. Scholars have long speculated about the inseparable closeness of Lincoln and Speed. Bayard takes that speculation one step further in Courting Mr. Lincoln, fictionally suggesting that their relationship most probably was what stood in the way of Mr. Lincoln’s sporadic courtship of Mary Todd.

Because he is replicating a mid-nineteenth-century sensibility, however, Bayard never articulates the obvious. Instead, he portrays countless scenes of unspoken affection between Lincoln and Speed, of subtle glances, of endless walks and conversations, of inadvertent movements, of the awkward intimacies of shared space. As a twenty-first-century reader, I found myself growing impatient with Bayard’s unwillingness to be more forthcoming. But I have to give him credit for generating an ambient tension that successfully communicated what undoubtedly was a very real attraction. The courtship dance of the two men is no less dramatic than that of Lincoln and Mary Todd.

Eventually, both Lincoln and Speed married eligible young women, as society expected them to do. Bayard’s novel doesn’t say much about their respective marriages, focusing instead on the courtship years. Courting Mr. Lincoln’s Epilogue only hints at the future. But Joshua’s section of the Epilogue describes an incident twenty years later. Lincoln is the newly-elected president of the United States when the two men and their wives come together briefly in Chicago. Bayard again suggests the unspoken sexual tension between Lincoln and Speed with no specificity, only innuendo. That single scene is superb. Equally telling is Mary’s final section of the book, which takes place still further into the future, in 1882. Long since widowed and now elderly and decrepit, Mary lives in memories of courtship, of marriage, of children, of fate. Again, Bayard rightly encapsulates the arm’s length nature of Mary’s relationship with her husband, so very different from Lincoln’s instincts with Speed.

Or is it? That is the beauty of Bayard’s creativity. We only see Lincoln through the eyes of his two beholders. Mary and Speed alike construe a man to suit each of their individual needs, while Lincoln himself remains taciturn and mysteriously aloof. Thus the reader must decide which is the truer courtship, the conventional one that led to marriage or the one that breached the enigmatic Lincoln’s heart and soul? Courting Mr. Lincoln is historical fiction at its finest—smart, tantalizing, never insistent, and always supposing patterns within the arc of possibility.  –  Ann Ronald 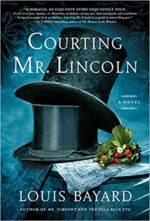 Ann Ronald is a retired English professor from the University of Nevada, Reno. Author of dozens of reviews, she’s also written a number of books about the American West. They include literary studies such as The New West of Edward Abby and Reader of the Purple Sage, cultural studies such as GhostWest and Oh, Give Me a Home, and nature writing such as Earthtones: A Nevada Album. Her latest is a work of fiction, Friendly Fallout 1953. Since retiring, she’s been reading vociferously, so “Bookin’ With Sunny” is giving her a wonderful opportunity to share thoughts about her favorite new discoveries.
More from this reviewer
PrevKindred
Known and Strange ThingsNext