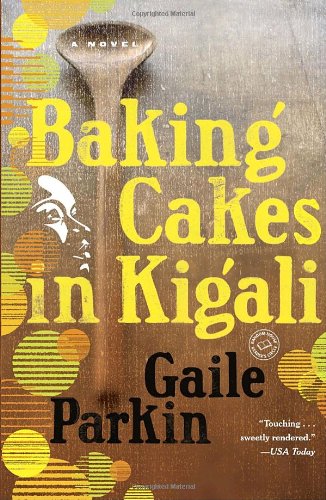 Kigali, and baking cakes? I could tell it was a place in Africa from its cover, but until I turned the book over and read the blurbs, 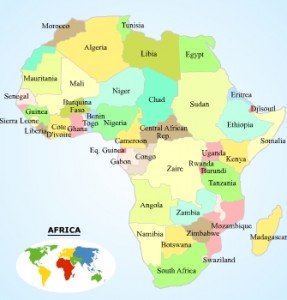 I had no idea what it might be about. When I read that the protagonist, Angel Tungaraza, a Tanzanian woman living with her family in Rwanda, was a kindhearted soul who befriended many people in the process of running her home business of baking cakes, I thought, why not?

Indeed, don’t let the blurbs on the back of the book fool you. Author Gaile Parkin, a white South African who spent two years counseling in Rwanda after the genocide, may have created a character who is kindhearted, but sweet Angel is also savvy, inherently wise, gutsy, and a collector of stories the reader will not soon forget.

Kigali is Rwanda’s capital city and was the heart of the genocide which took place in 1994. So how does this folksy character fit in such an aftermath? Parkin has not softened Kigali’s history. She has written the story of one woman who becomes a wellspring of stories depicting the human condition.  Angel, a Catholic, lives with her Muslim husband, a consultant to a local university, and her grandchildren (her own children are dead) in a compound housing many foreigners helping to rebuild Rwanda.

She is an entrepreneur who bakes cakes for almost anyone celebrating almost any occasion. Parkin wastes no time (page one) in showcasing Angel’s business acumen when describing her awaiting a very important customer: She “had dressed smartly for the occasion, in a state of great anticipation of the benefits that it might bring.” Make no mistake, “benefits” is another word for money.

Each customer must come to the Tungaraza apartment so that Angel can determine exactly what kind of cake she will bake. This requires her customers to reveal a great deal about themselves and the event to be celebrated. There is enough humor in the novel to ease any reader through its most difficult tales. A hidden reference to HIV as “the problem” is raised by one customer and Angel must think of a tactful way to respond: in so doing, her “eyebrows rushed to consult with each other across the bridge of her nose.”

What is most striking in Parkin’s writing is the respect and warmth she feels for her characters. Most of the world knows Rwanda by its violence. Parkin does not skirt this issue. Her characters deal with murder, prostitution, HIV/AIDS, the effects of colonialism, female genital mutilation, lack of sanitation, education of women, and infidelity. They also deal with a fierce love of family, a keen and forgiving understanding of their neighbors, and a determined insistence to find ways around the obstacles that would prevent them from moving past the horrors they’ve survived.

Rwanda’s population is attempting peace through Unity and Reconciliation, a program not dissimilar to South Africa’s Truth and Reconciliation. Parkin weaves a tale in which even Angel must come to accept her own family truths before she can reach a state of forgiveness and reconciliation. She gains this understanding after she tells her own story to a young, and wise prostitute she befriends. Parkin has an ear and eye for capturing the essence of her characters, both in their strengths and weaknesses. You will laugh out loud, probably cry, and often recognize yourself.

The reader will not forget the women who populate this novel. They are strong, loving, resilient and pragmatic. They come from many parts of Africa and the world. Should anybody wonder if feminism is alive and well, read this book. It is time to take a much closer look at the continent and people of Africa.  — Sunny Solomon 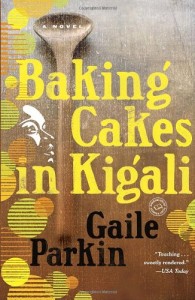 Sunny Solomon holds an MA in English/Creative Writing, San Francisco State University. She is a book reviewer for “The Clayton Pioneer” and her poetry and other writing has been published in literary journals, one chapbook, In the Company of Hope and the collection, Six Poets Sixty-six Poems. She was the happy manager of Bonanza Books, Clayton, CA and Clayton Books, Clayton, CA. She continues to moderate a thriving book club that survived the closure of the store from which it began. Sunny currently lives next to the Truckee in Reno, NV.
More from this reviewer
PrevApe House
The Woman Who Shot MussoliniNext