The Woman Who Shot Mussolini 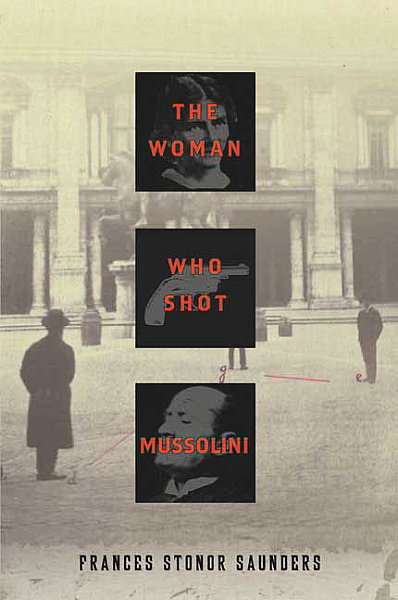 THE WOMAN WHO SHOT MUSSOLINI

As a reclusive middle-aged spinster, Violet’s conversion to Roman Catholicism set her apart from her aristocratic Irish Protestant family (her father was an Irish Member of Parliament). It also set her on a moral path that would lead her to Rome’s Campidoglio Square, where, on the late morning of April 7, 1926, Benito Mussolini would speak. Mussolini’s grandiose character is well known, but not so the retiring character of Violet Gibson. ”The woman who shot Mussolini is elusive not simply because history has forgotten her, but because she made elusiveness the object of her life.”

Beginning at that moment in time in which “the distance separating these two people, who have never met, is approximately eight inches,” that distance grows exponentially as Stonor Saunders brings the historical, cultural, familial, religious, and political minutiae of their lives into startling focus. Violet, in a confused state, was easily taken into custody, and Mussolini, his grazed nose attended to, left the scene under his own power. Could it be that Violet’s religiously motivated act would be unappreciated and a blow to not only her family but also the British government? It was only after much family and diplomatic influence that she was released from her Fascists captors and forcibly repatriated to London.

Once home, among those who declared Violet insane was Virginia Woolf’s physician, Maurice Craig, believing insane behavior was that which “interferes with society.” The British courts and the Gibson family thus committed Violet into St. Andrew’s Asylum where she remained until her death in 1956.

“That Mussolini might be more dangerous than Violet Gibson never managed to engage the imagination of the British establishment. Indeed, by the time he had become an enemy and the subject of concentrated opprobrium, Violet had been completely forgotten.”

Stonor Saunders writes history with depth and wry insight. What she tells us of Violet’s life was gleaned from newsprint, court documents, family records, and friends’ accounts. It was not until Violet’s death in 1956 that her own voice was discovered in letters written but never mailed. The world knows more than enough about Mussolini who, after his capture with his lover, Clara Petacci, was executed on April 28, 1945, almost exactly twenty years after Violet Gibson’s assassination attempt. Before his death, it is said that he cried out to be shot in his heart. But as Stonor Saunders writes, “His autopsy report suggests a less heroic final gesture:”

I read The Woman Who Shot Mussolini with my OED at my elbow but never thought of throwing in the towel. Stonor Saunder’s writing is too good to miss and Violet Gibson’s life deserves this fresh look.  – Sunny Solomon 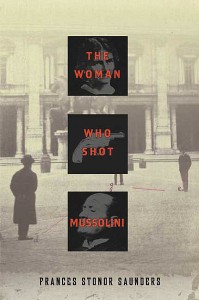 Sunny Solomon holds an MA in English/Creative Writing, San Francisco State University. She is a book reviewer for “The Clayton Pioneer” and her poetry and other writing has been published in literary journals, one chapbook, In the Company of Hope and the collection, Six Poets Sixty-six Poems. She was the happy manager of Bonanza Books, Clayton, CA and Clayton Books, Clayton, CA. She continues to moderate a thriving book club that survived the closure of the store from which it began. Sunny currently lives next to the Truckee in Reno, NV.
More from this reviewer
PrevBaking Cakes in Kigali
The Amazing Adventures of Sam the BatNext