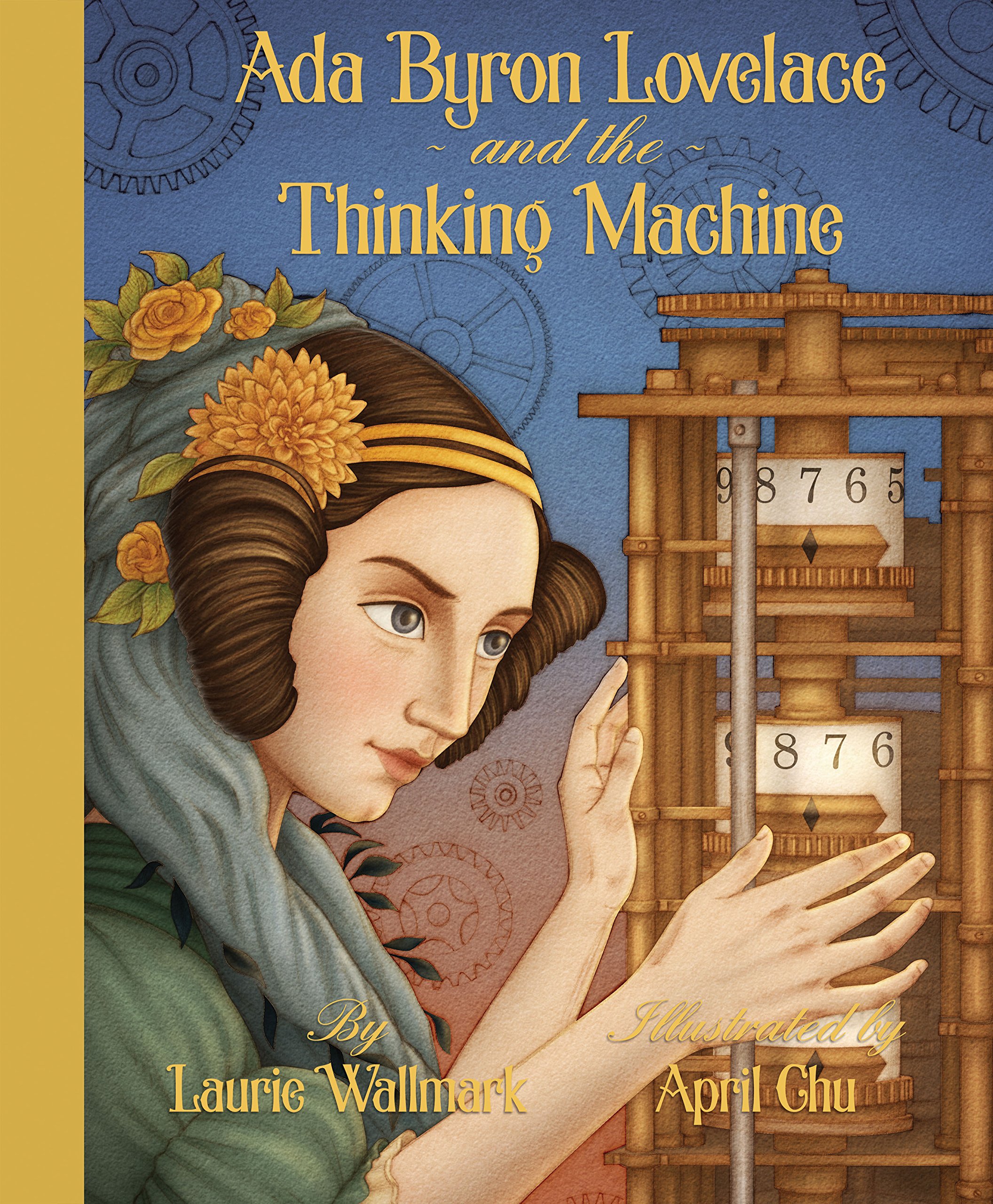 Do you have a daughter or granddaughter, niece or neighbor girl in love with numbers? Laurie Wallmark’s debut biography picture book, Ada Byron Lovelace and the Thinking Machine, should be on the top of your list as the perfect book for that adventurous girl.

Women in the fields of science, math, and engineering are finally coming into their own, but the struggle is not over. Wallmark’s biography of Ada Lovelace is a fine introduction to the early world of computers and the critical place women have played in it. Author Wallmark, as a teacher of computer science at Raritan Valley Community College, with degrees in biochemistry and information systems, knows of what she writes.

Ada and her mother’s life are often overshadowed by that of her father, the poet Lord Byron. Wallmark deftly deals with the poet’s relationship to his wife and daughter: “Lord Byron was a celebrity throughout the world. Unfortunately, Lord Byron was also notorious for his scandalous behavior. So scandalous that Lady Byron bundled up her new baby and fled London to her parents’ home, over a hundred miles away.”

Ada’s father may have been a famous poet, but her mother was a highly educated woman who “had a passion for geometry.” Ada grew up loving numbers and inventions. At a young age, Ada ingeniously attempted to invent a flying machine.

The illustrations of Oakland, California’s award-winning artist April Chu greatly enhance Wallmark’s biography of Ada Lovelace. Chu’s drawings fill every page so that when being read, the reader and the read-to are encouraged to pause and take in all the objects on each page. Ada’s imagination is mirrored by Chu’s illustrations.

By the age of seventeen, and with her tutor’s help (Mary Fairfax Sommerville, British scientist and mathematician), Ada had become part of the exploding world of science and math. It was in that world that she met Charles Babbage, the inventor of a calculating machine for which she would eventually write a program making the machine functional.

Wallmark’s biography plays heavily on Ada’s imagination and that our imaginations can take us almost anywhere. In this reviewer’s day, most young girls were offered three choices in life: wife and motherhood, teaching, or nursing. There’s nothing wrong with those choices, but with role models like Ada Byron Lovelace and authors and illustrators like Wallmark and Chu, young girls today can set their sights wherever their imaginations can take them.

The Author’s Note pages give the reader a fuller understanding of Ada and the author’s own insights. Also at the end of the book, for those wanting more information, is a Timeline for Ada’s life and a Partial Bibliography which should be of interest for those wondering what to read next. If you are going to be reading the book to a young reader, I would suggest first taking a look at Wallmark’s Notes as they will come in handy when the “read-to” has questions, which I am certain there will be.

An addition to this review I want to mention the publisher, Creston Books. When shopping for children’s books, never hesitate to look to, or ask for, a title from Creston Books. Why do I praise them? The following is from their website:

“The literary world has been incredibly supportive of our efforts. Since our first list in 2013, we’ve received over 20 major awards and starred reviews. About a third of our authors have debuted with us, earning us a reputation for discovering today’s most impressive new talents.”

Ada Byron Lovelace and the Thinking Machine is a book for the young math genius in your family or neighborhood. – Sunny Solomon

Also available books illustrated by April Chu: In a Village by the Sea; Summoning the Phoenix; Down by the River; Kate Warne, Pinkerton Detective 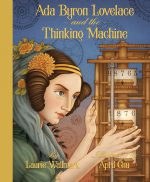 Sunny Solomon holds an MA in English/Creative Writing, San Francisco State University. She is a book reviewer for “The Clayton Pioneer” and her poetry and other writing has been published in literary journals, one chapbook, In the Company of Hope and the collection, Six Poets Sixty-six Poems. She was the happy manager of Bonanza Books, Clayton, CA and Clayton Books, Clayton, CA. She continues to moderate a thriving book club that survived the closure of the store from which it began. Sunny currently lives next to the Truckee in Reno, NV.
More from this reviewer
PrevA Willing Victim
The French GirlNext