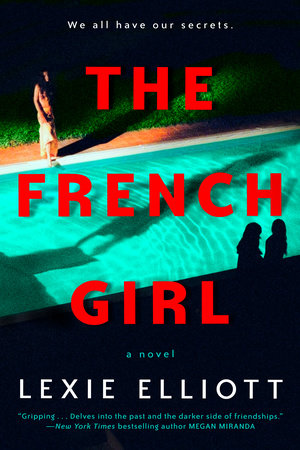 Lexie Elliott’s The French Girl is the best mystery I’ve read in a while. It’s one of those books that keep you up late at night, with passions, intrigue, double entendres, truth and lies, justice and injustice. I saw the ending coming, and yet I didn’t fit all the pieces together until the final chapter. Even then, Elliott twisted the novel’s turns in innovative ways.

The set-up is fairly straightforward. Ten years ago, six college friends spent a week’s vacation in France. Living next door to the farmhouse where they stayed was a gorgeous young Frenchwoman, Severine, who mysteriously disappeared the morning the English vacationers were leaving. No trace of Severine has ever been found, until The French Girl’s opening pages. Now her bones have been discovered in a well on the vacation property, where they apparently have languished for a decade. A French investigator has arrived in London, ready to re-open the cold case and more than ready to ask embarrassing questions.

Two of the Brits, both recently returned to England, have been living in the United States. One is married now, while the other’s lengthy engagement has ended abruptly. The third man is no longer alive, killed by a pipe bomb in Afghanistan. The three women have remained in London. Two are lawyers, although Kate has given up her legal career to become a professional headhunter. Kate’s best friend is the third female vacationer, a gorgeous Swedish gal who is also a successful businesswoman. In fact, each of the five remaining vacationers is an apparent success. Money and liquor flow freely throughout their lives.

Elliott tells the story of The French Girl solely through the eyes of Kate. This narrow perception skews the reader’s sense of the other characters, which means we only understand what happened ten years ago and what is happening now as Kate interprets events past and present while guessing at suspected motivations. For two reasons, I think Elliott handles Kate’s point of view especially well. Technically, she puts words, not in Kate’s mouth, but in Kate’s imagination.  Almost every time Kate speaks, her words are followed by pursuant thoughts, just as our own words tend to be internalized the minute we utter them.

To accompany this steady stream of textual subconscious, Elliott gives Kate a psychological companion. Severine lives on in Kate’s imagination, lounging in a nearby chair, frowning as conversations develop, grimacing at lies, staring blankly during interrogations.  Severine never speaks, but her figurative presence haunts Kate’s waking hours. Sometimes Kate finds herself talking to the mysterious ghost; more often she is tormented by Severine’s appearances. Kate is bothered, too, by the reappearance of the two men who have been in America for so many years. That summer in France, her lover was Seb, the toff now conveniently married. Tom, Seb’s cousin, has resurfaced too, a neutral listener to Kate’s reconstructions of the past.

Or is Tom so neutral after all? Ah, the tangled webs we weave, while Kate struggles to untangle her feelings for Seb. Their physical relationship upended itself that last night in France, but emotionally? That’s something Kate needs to revisit after so many years apart. Meanwhile, the French investigator continues to make everyone uncomfortable, as does Kate’s Doppelganger, the insidious Severine.

Are you ready for a marvelous read? From start to finish, Lexie Elliott’s The French Girl is all that a murder mystery should be. Passions fulfilled and unrequited, intrigue both subtle and overt, double entendres woven and unspun, false accusations and hopeful fantasies, truth and lies, justice and injustice, thoughtful unforeseen resolution. – Ann Ronald

Also available by Lexie Elliott: The Missing Years; On This Day 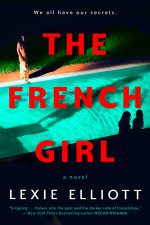 Ann Ronald is a retired English professor from the University of Nevada, Reno. Author of dozens of reviews, she’s also written a number of books about the American West. They include literary studies such as The New West of Edward Abby and Reader of the Purple Sage, cultural studies such as GhostWest and Oh, Give Me a Home, and nature writing such as Earthtones: A Nevada Album. Her latest is a work of fiction, Friendly Fallout 1953. Since retiring, she’s been reading vociferously, so “Bookin’ With Sunny” is giving her a wonderful opportunity to share thoughts about her favorite new discoveries.
More from this reviewer
PrevAda Byron Lovelace and the Thinking Machine
The Lucky OnesNext