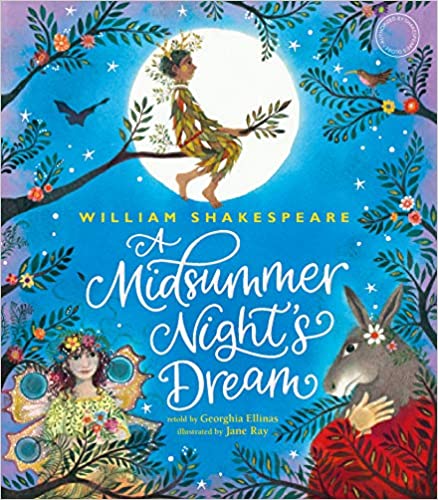 Georghia Ellinas proves we are never too young or too old for Shakespeare.

The first thing to remember is that Shakespeare was a very funny guy, and A Midsummer Night’s Dream is one of his funniest plays. Actually, it’s slapstick. And kids love slapstick. So, you read to the children about a royal marriage between Queen Hippolyta and Duke Theseus that is soon to take place in Athens. Here’s where the fun can begin: try getting the read-to children to pronounce “Hippolyta” and “Theseus.” The wedding, however, will not happen until a noblewoman, Hermia, marries Demetris, the man her father has chosen. (More names for the children to practice.) Hermia, however, does not love Demetrius; she loves Lysander. However, Hermia’s best girlfriend, Helena, does love Demetrius, and she tells him that Hermia and Lysander are going to run off and get married.

This is a good spot in the story to introduce the word “elope” to the children’s vocabulary. And at this point in the telling, I would make a game of which child can get all the names of the girlfriends and boyfriends straight.

The story is told by a sprite known as Puck, who lives in the enchanted forest of the Fairy Kingdom ruled by King Oberon and Queen Titania. (More name games.) Puck is a bit of a trickster and can become invisible so that all who live in or enter the enchanted forest cannot see him. Oberon and Titania are arguing because Titania will not give Oberon her adopted son (the only character whose name we don’t know).

Now comes the slapstick. Hermia and Lysander enter the enchanted forest, followed by Demetrius, who wants to win Hermia back, and is upset that Helena is following him. Oberon, unhappy with Demetrius’ unkindness to Helena, instructs Puck to find a flower with magic dust and sprinkle it on Demetrius’ eyes when asleep so that when he wakes and finds Helena next to him, he will fall in love with her. It is now dark, and Puck mistakes Lysander for Demetrius. Making matters worse, after the magic has been sprinkled, Helena lies down with the elopers. Lysander wakes and sees Helena before Hermia, and the madness begins.

Puck continues to make a mess of things, and the chase is on with all the wrong people swearing their love for all the wrong people. In the end, Puck brings the chaos to a happy conclusion and begs his audience their friendship despite his unintended mischief.

Jane Ray’s illustrations bring a spectacular beauty and depth to Ellinas’ retelling of the story. Here’s a final suggestion: remind your children that the story was originally written as a play, and they might like to produce their own version by using their dolls, stuffed animals, or other toys (trucks and cars count, too). If you are a teacher, it might be a fun chance to get your young students to produce their own version of this Shakespearean classic. I can imagine the fun they’d have chasing one another and all the other goofy behavior. What a wonderful introduction to Shakespeare for youngsters to remember when A Midsummer Night’s Dream is required reading in high school. It’s another reason to never pass up children’s picture books the next time you are in your neighborhood bookstore. – Sunny Solomon

Also available books illustrated by Jane Ray: The Tempest; Hummingbird; Corey’s Rock; The Unicorn Prince; The Glassmaker’s Daughter; The Emperor’s Nightingale; The Lost Happy Endings; The Little Mermaid and Other Fishy Tales; Cinderella; The Elephant’s Garden; The Nutcracker; Zeraffa Giraffa; Heartsong; The Twelve Days of Christmas; Ahmed and the Feather Girl; The Dollhouse Fairy; Can You Catch a Mermaid?; 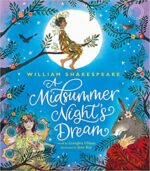 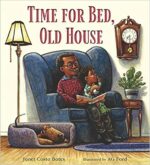 Time for Bed, Old House A perfect blend of story and illustrations describing a young boy’s first night away from home. Time For Bed, Old

Sunny Solomon holds an MA in English/Creative Writing, San Francisco State University. She is a book reviewer for “The Clayton Pioneer” and her poetry and other writing has been published in literary journals, one chapbook, In the Company of Hope and the collection, Six Poets Sixty-six Poems. She was the happy manager of Bonanza Books, Clayton, CA and Clayton Books, Clayton, CA. She continues to moderate a thriving book club that survived the closure of the store from which it began. Sunny currently lives next to the Truckee in Reno, NV.
More from this reviewer
PrevWindy City Blues
The Engineer’s WifeNext