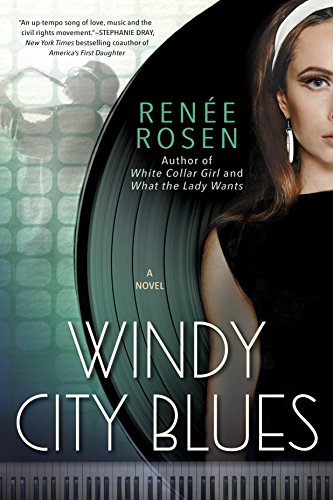 Polish brothers, Black musicians and entertainers, and a record company you won’t soon forget. Rosen’s novel has it all.

Renée Rosen seamlessly blends fiction with fact in a fascinating novel titled Windy City Blues. The true parts of the story center on a pair of Polish Americans, the Chess brothers. Their mid-twentieth-century recording company, Chess Records, introduced a glamorous mix of musicians to the American listening public. Muddy Waters, Chuck Berry, Etta James, to name only a few. Leonard and Phil Chess, nee Lejzor and Fiszel Czyz, were in fact responsible for the increasing popularity of the electric blues, the Chicago blues, and rock and roll.

Chess Records is the backbone of Windy City Blues. The heart and soul of the novel, however, focus on a cast of characters imagined by the author. Two of them are central. Leeba Groski, daughter of another Chicago Orthodox Jewish emigrant family, has known the Chess brothers since childhood, and she goes to work for Leonard as the switchboard operator and filing clerk. Her role develops further when Leeba discovers a knack for songwriting, and when Leonard learns he can count on her to oversee some of the countless recording takes and retakes that generated such popular hits.

He can count on Leeba to befriend the musicians, too, to soothe their fragile egos and make the most of their prodigious talents. One of her favorites is Red Dupree, a fictional black guitarist from Louisiana. The more they interact, the closer they grow, falling in love at a time when interracial marriages were not only taboo but illegal. But they discover much in common, including the prejudice each faces because of their outsider status. Jewish emigrants lived in a ghetto as isolated from the rest of Chicago as the nearby “Negro” community. And Leeba had faced her share of gender and racial slurs, just as Red had been frustrated by segregated facilities and the tag name “Boy.”

So Windy City Blues is much more than a piece of historical fiction about Chess Records and their musicians. Alongside the music, it digs deeply into the racial and cultural mores of the time, even joining the Civil Rights Movement of the 1950s and ‘60s. Again, some of the figures are historic, while others are created by Rosen to further the novel’s action. And while some of the events are real, others are artistically designed to underscore the frustration and the unrest that so many interracial couples felt.

Earlier I called Windy City Blues “fascinating,” a trite word for what I felt as I was reading Rosen’s book. I was absolutely intrigued by a city I never knew, even though I lived just north of Chicago in the late ‘60s. I certainly knew about the civil rights activists, for they were on the nightly news, but I knew nothing of the Chicago blues scene or of the central role it played in popularizing black jazz and blues music for white listeners. I listened to the music, as any college student would, but I never stopped to think about its roots or its development in the previous decade. I found myself wishing I could go back, could venture into one of the many clubs on the South Side, could listen to the soul being sung.

Windy City Blues is as close as I now can get. I recommend listening as well as reading, accessing the music online while reading the book, hearing those wonderful sounds. I recommend thinking further about the prejudicial issues raised in the novel, too. Rosen does a fine job echoing the flavor and fabric, as well as the music, of those mid-century times. – Ann Ronald 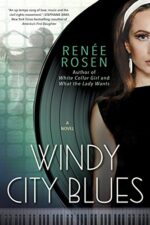 Ann Ronald is a retired English professor from the University of Nevada, Reno. Author of dozens of reviews, she’s also written a number of books about the American West. They include literary studies such as The New West of Edward Abby and Reader of the Purple Sage, cultural studies such as GhostWest and Oh, Give Me a Home, and nature writing such as Earthtones: A Nevada Album. Her latest is a work of fiction, Friendly Fallout 1953. Since retiring, she’s been reading vociferously, so “Bookin’ With Sunny” is giving her a wonderful opportunity to share thoughts about her favorite new discoveries.
More from this reviewer
PrevBegin Again
A Midsummer Night’s DreamNext