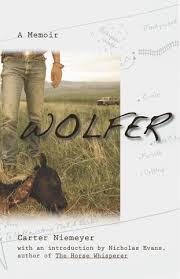 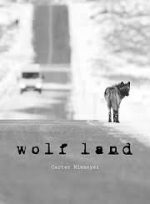 After several years of writing “Bookin’ with Sunny” reviews, I risk sounding like a broken record. When I go on holiday, I prowl the local bookstores I come across. That way, I discover authors whose work echoes a distinct locale. Then I can write about my discoveries while reliving a glorious vacation. This year, I found Carter Niemeyer, whose new book Wolf Land complements a preceding memoir titled Wolfer.

Niemeyer’s two books introduced me to an unfamiliar American West, one filled with predator control and endangered species, one where various constituencies and key federal agencies often are at odds with one another, one where Niemeyer played a crucial career role for a generation. Niemeyer first worked as an animal control trapper. His job was to rid the countryside of predators preying on the livestock grazing on federal lands. Anything was fair game—gophers, coyotes, wolves, whatever—and Niemeyer took pride in his work.

After a while, however, Niemeyer got involved with the wolf reintroduction program, and came to appreciate both sides of an ongoing battle throughout the intermountain West. Ranchers dislike wolves, or at least detest the havoc a pack can wreak on sheep and cattle. Preservationists, biologists, and environmentalists, on the other hand, believe wolves play a natural role in the western ecosystem. Niemeyer spent his career placating both points of view. He helped wolves survive, yet he killed them when absolutely necessary. Reading Wolfer and Wolf Land is like watching a balancing act, hoping this very likeable juggler can keep an impossible number of balls in the air.

Throughout his career, Niemeyer kept meticulous notes. These form the basis for Wolfer and for Wolf Land. Both books feature the same engaging narrative voice, a man who clearly loves his life’s work and a man who works hard to satisfy a host of competing wishes. His stories are anecdotal, filled with strong personalities and featuring incredible knowledge of animal behavior. I learned, for example, precisely how Niemeyer could tell exactly what caused the death of a calf. Often wolves were blamed, when in truth other creatures, the weather, even poor ranching practices were responsible. Shuffled from agency to agency when his findings didn’t suit the bureaucrats, Niemeyer truthfully presented the facts. And never, ever, backed down.

It is refreshing to read such an honest, such a candid, recounting of problematic situations. Sometimes Niemeyer’s descriptions are graphic, and his point of view may be philosophically troubling to many animal lovers. But his presentation is absolutely fair, depicting the West of rural Montana, Wyoming, and Idaho as it really exists, not as some idealized, romantic, John Wayne terrain. Wolfer, the memoir, tracks Niemeyer’s whole career path, while Wolf Land focuses more on the wolves themselves—“the sassy matriarch,” the “three wolves asleep in the back seat,” the “million-dollar moment” when two wolves confront him, growl, and vanish into the trees.

I recommend reading the two books in tandem. Despite occasional repetitions, they balance one another and offer a panoramic sweep of some very divisive western history—present, past, and undoubtedly the future, as more and more wolves survive and disperse from state to state. Wolfer and Wolf Land not only depict the West that was, in Niemeyer’s heyday, but they also provide commentary on the West that will be, as habitat shrinks and as the debate over the proper preservation or utilization of the western environment continues.   – Ann Ronald 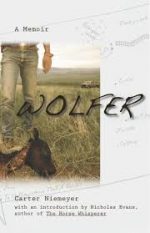 Ann Ronald is a retired English professor from the University of Nevada, Reno. Author of dozens of reviews, she’s also written a number of books about the American West. They include literary studies such as The New West of Edward Abby and Reader of the Purple Sage, cultural studies such as GhostWest and Oh, Give Me a Home, and nature writing such as Earthtones: A Nevada Album. Her latest is a work of fiction, Friendly Fallout 1953. Since retiring, she’s been reading vociferously, so “Bookin’ With Sunny” is giving her a wonderful opportunity to share thoughts about her favorite new discoveries.
More from this reviewer
Prev1941: Fighting the Shadow War
The Blue TattooNext