Trespass; the Boundaries We Cross Unaware. 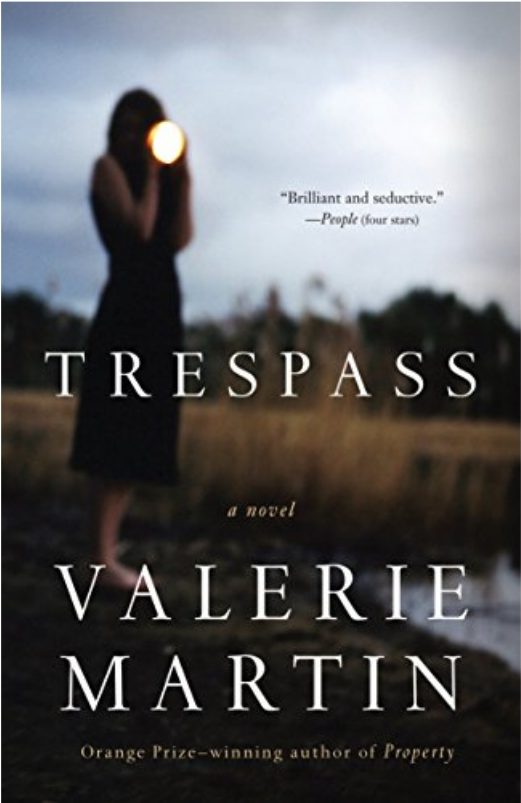 Valerie Martin’s novel, Trespass, does exactly that—the story lines trespass on the public and the private lives of the characters who occupy its pages. Trespass begins with a straightforward intrusion. Toby Gale introduces his new girlfriend to his mother; the two women dislike each other immediately. As far as Chloe is concerned, Salome is trespassing, a sensual outsider now invading the familial space where Chloe has always reigned. Chloe’s husband, Brendan, a more sanguine soul, is inclined to trust his son’s judgment, but his wife is adamant. Salome, a Croatian immigrant, will never be good enough for their boy.

At the same time Chloe is struggling with her distaste for Salome, a parallel trespass is taking place. The Gales live in upstate New York, and an unwelcome foreigner is poaching rabbits on their wooded property. A successful book illustrator, Chloe spends her days in her detached studio and often hears the sounds of gunfire nearby. Uncomfortable, she confronts the trespasser; confused, he doesn’t understand.

Salome, on the other hand, understands Chloe’s attitude all too well. Pregnancy (although I won’t go so far with my analogy as to call an unexpected pregnancy a trespass) and a hasty marriage only add to the rift already separating the two women. Salome’s family views Toby as an interloper, too. Her father, who fled Croatia in the early 1990s when Salome’s mother (Jelena) was killed, is kindly, but Salome’s furious brother has harsh words for his wayward sister and for the man who impregnated her.

A Croatian counterpoint introduces yet another trespass. This one involves Jelena Drago’s wartime experiences. In italicized interludes, Salome’s missing mother narrates the 1991 Croatian invasion, tensely explaining how one mistake led to a second mistake led to a third. An unnamed listener, along with the reader, digests what Jelena says about the communal trespasses and the bodily invasions, about the family’s breakup, about her husband and her children’s flight from their homeland. I was struck, as I read Jelena’s words, how war itself is a violent trespass. Martin repeats this riff toward the end of her novel when Brendan dines alone in a bar while watching televised American troops march into Baghdad. Another invasion, Salome and Toby (who came together when occupying a series of post-9/11 anti-war protests) would say.

While reading Trespass, I kept imagining more and more trespasses. Chloe’s current commission has her illustrating a children’s version of Wuthering Heights. Pondering Salome, she muses about Heathcliff, positioning him in her prints as a non-native outsider, intruding first on the Heights and then at the Grange. Chloe’s husband is a trespasser of sorts, too. A history professor, Brendan forays into the Fifth Crusade, writing and rewriting interpretive chapters of a time he can never know for sure, chapters for an unpublished book that will never see the light of day. I’ve never before thought of historians as trespassers but have amused myself this week by musing about such invasions of previous eras. Ironically, even Chloe herself trespasses—intruding on her son’s romantic life and upending the poacher’s livelihood.

Any reader of Trespass will note further invasions, too, ones that occur as the plot complicates itself. Make no mistake; this novel is not a superficial story of a mother clashing with her son’s love. Rather, Trespass is a smart, penetrating look at the ways human beings interfere with one another, how we trespass day by day. Reading its pages, I never knew quite what to expect, but I appreciated its timeless complexities and its literary originality. Valerie Martin is a gifted novelist whose Trespass comes as a welcome incursion. – Ann Ronald

Also available by Valerie Martin: Property; Italian Fever; Mary Reilly; The Great Divorce; The Unfinished Novel and other Stories; Sea Lovers; Salvatin; The Ghosts of the Mary Celeste; Alexandra; The Confessions of Edward Day; A Recent Martin; Set In Motion 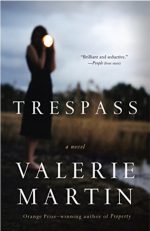 Ann Ronald is a retired English professor from the University of Nevada, Reno. Author of dozens of reviews, she’s also written a number of books about the American West. They include literary studies such as The New West of Edward Abby and Reader of the Purple Sage, cultural studies such as GhostWest and Oh, Give Me a Home, and nature writing such as Earthtones: A Nevada Album. Her latest is a work of fiction, Friendly Fallout 1953. Since retiring, she’s been reading vociferously, so “Bookin’ With Sunny” is giving her a wonderful opportunity to share thoughts about her favorite new discoveries.
More from this reviewer
PrevMostly White if You Don’t Look More Closely
The Wild Braid; plaiting life, poetry, and gardensNext