Home » Reviews » Travels with Myself and Another — Love and Ruin

Travels with Myself and Another — Love and Ruin 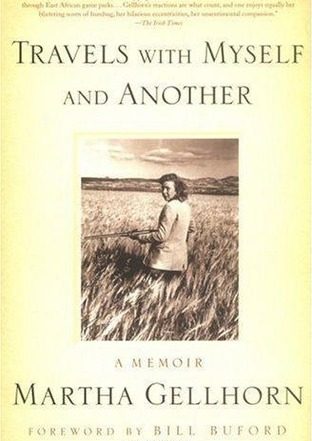 TRAVELS WITH MYSELF AND ANOTHER — LOVE AND RUIN

What fun to read simultaneously two books about the same person, one a memoir published in 1978, the other a 2018 novel reimagining the memoirist’s life. I knew of Martha Gellhorn, but I had never pieced together her story. I never appreciated how truly gifted she was, how many exceptional books she wrote, how many fascinating articles and essays she published in so many prominent places. For more than half a century, Marti (as she was known by her friends) sought the newsworthy hotspots of her time. She never shied away from danger. Spain in 1937 when Franco was on the march, China in 1941 at the height of the Sino-Japanese war, D-Day on Omaha Beach (a stowaway, the only woman to land with the American troops that day), the Bay of Pigs, Vietnam. Oh yes, and she was Ernest Hemingway’s third wife, too.

In Travels with Myself and Another, I got to know the strength and grit of this remarkable woman. Her book begins with a satiric riff on travel writing, then recalls “trips from Hell” (my words, not hers) where she encountered excruciating difficulties and overcame insufferable adversity. The longest essay, nearly half the pages, takes her to Africa, where she traveled alone across the continent in the months just before African liberation from colonial rule. Her trip is hair-raising, but she dwells more on the scenery and the people from all walks of life that she meets on her travels than on her personal trials and tribulations. The piece, titled “Into Africa” captures exactly why her journalistic observations drew such a wide audience. She has a keen eye for the common touch, the stories that bring humanity to every scene.

Only one Travels with Myself and Another essay includes Ernest Hemingway, although he is never mentioned by name. It recounts their trip together to China, early in the year that would end with the bombing of Pearl Harbor. On assignment from Collier’s Magazine, Marti has coaxed her husband, exhausted from finishing For Whom the Bell Tolls, to tag along. “On this super horror journey,” Marti reports, “I wheedled an Unwilling Companion, hereinafter referred to as U.C., into going where he had no wish to go.” The marriage already seems troubled, though she never specifically says so. Her restlessness, her drive to pursue her own career apart from Hemingway’s shadow, her total commitment to eye-witness journalism are thoroughly revealed. It’s not surprising to learn, at the end of Love and Ruin, that Marti was the only wife who left Hemingway rather than vice versa.

That said, reading Travels with Myself and Another at the same time as reading Love and Ruin adds a special depth to Paula McLain’s insightful novel. McLain deftly describes the couple’s courtship through the chaos of the Spanish Civil War. Marti will go anywhere, endure any hardship, just to capture a revealing anecdote or a precise characterization. She sees war as it really is—ugly, irrational, unforgiving, deadly. She seeks the stories that will make the madness come alive. Her curiosity and her courage attract Hemingway, but once they set up housekeeping that same fortitude repels him. In the meantime, Marti struggles to be her own woman with her own important career. She balks whenever anyone refers to her as Mrs. Hemingway or whenever anyone suggests that her writing is derivative of her husband’s style. McLain draws a wonderfully independent woman who finally is compelled to go her own way.

Love and Ruin differs from other such novels featuring women in the shadow of a larger-than-life figure in that Martha Gellhorn never takes a back seat to Hemingway’s fame. The novel features a flesh-and-blood woman who always (well, almost always) retains her independence. McLain has done a fine job fleshing out Marti’s character, and I am pleased to recommend her novel. But! But it’s a somewhat sanitized version of what must have been going on in this remarkable journalist’s head. So I’m even more pleased that I read Gellhorn’s memoir, too. I think the actual writer stood head and shoulders above McLain’s finely-wrought fictional character. Two successes—one a super-star, the other a slightly lesser nova.   – Ann Ronald

Also available from Paula McLain: A Ticket to Ride; Like Family, Growing Up in Other People’s Houses; The Paris Wife; Circling the Sun; Less of Her (poetry); Stumble, Gorgeous (poetry). 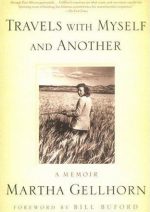 Ann Ronald is a retired English professor from the University of Nevada, Reno. Author of dozens of reviews, she’s also written a number of books about the American West. They include literary studies such as The New West of Edward Abby and Reader of the Purple Sage, cultural studies such as GhostWest and Oh, Give Me a Home, and nature writing such as Earthtones: A Nevada Album. Her latest is a work of fiction, Friendly Fallout 1953. Since retiring, she’s been reading vociferously, so “Bookin’ With Sunny” is giving her a wonderful opportunity to share thoughts about her favorite new discoveries.
More from this reviewer
PrevTahoe Skydrop
The BooksellerNext