Home » Reviews » The Sisters of Versailles

The Sisters of Versailles 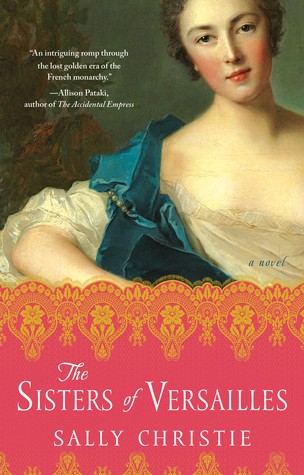 The Sisters of Versailles – Sally Christie’s fictional telling of the Mailly-Nesle sisters who became part of the life of eighteenth-century France’s King Louis XV.

When Louis XV ruled eighteenth-century France, he did so with rampant political and military worries and with widespread personal scandal. The latter is the focus of Sally Christie’s novel, The Sisters of Versailles. At age fifteen, the young king married Marie Leszczynska, a Polish princess six years older than her new spouse. The marriage produced multiple children, but as his wife aged the king began seeking the company of younger women, most particularly the five Mailly-Nesle daughters, the sisters of Versailles.

In “A Note from the Author,” Christie explains that she originally planned to write a nonfiction account of the notorious sisters, four of whom eventually became mistresses of this singular monarch. The more she researched, however, the more she found herself hearing their voices in her imagination. Much of what Christie found was comprised of gossip and hearsay, so she began filling in the blanks. Staying true to the historical record, she embroidered the known facts and made the girls’ personalities come to life.

Christie ends her note by writing, “I like to imagine Louise, Pauline, Diane, Hortense, and Marie-Anne reading my book. Perhaps they would laugh and giggle, cry at the memories, raise their eyebrows at what I got right, frown where I missed the mark.”  What a wonderful image, thinking of the five historic sisters recognizing themselves as a modern author might view their personalities. Louise, the elder milk-toast sister who adored the king and called him “Twinkles.” Pauline, second oldest and a forceful personality who, whether in the nursery or in court, commanded her surroundings. Diane, generally more interested in food than in personal relationships, who always acquiesced.  Hortense, the only sister who never succumbed to the king’s amorous ways. And Marie-Anne, the youngest and yet the most avaricious, whose behavior was perhaps the most shocking of all.

I found these five to be a marvelous cast of characters. Each one was distinctively unpredictable. Each one behaved logically, but I never knew quite what to expect. Christie maneuvered them as adroitly as they themselves were manipulating the king. As royalty, of course, Louis XV’s word was sacrosanct. The sisters, however, found ways to make him behave as they wished, especially as each relationship blossomed. Later, as each mistress was cast aside, their powers waned. For the most part, their romances with the king were serial, so that simultaneously one sister would fade when another one bloomed.

Not only do the storylines follow each sister’s personality, but so does the prose. Louise, interested only in superficial things, never adds much depth to her personal narrative or to her letters to her siblings. Pauline, on the other hand, ingratiates herself to the king by showing her interest in politics and military actions. Thus, her narrative and her epistles reflect those concerns. Likewise, Marie-Anne demonstrates a political savvy that permeates her part of the novel. Diane, mostly, thinks about food, while Hortense religiously frets about her sisters’ reputations, over and over again.

Not only does Christie bring these women to life, she also animates the French court and its multiple intrigues. Sometimes the novel features well-known names, like Cardinal Fleury and the Duc de Richelieu with their palace machinations, but more often The Sisters of Versailles targets the risqué behavior that apparently was all too common in the decades preceding the French Revolution. For an in-depth look at one family’s not insubstantial contributions to the dissolution, I highly recommend Sally Christie’s provocative reconstruction of the Mailly-Nesle daughters’ world. 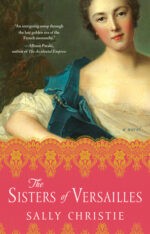 Ann Ronald is a retired English professor from the University of Nevada, Reno. Author of dozens of reviews, she’s also written a number of books about the American West. They include literary studies such as The New West of Edward Abby and Reader of the Purple Sage, cultural studies such as GhostWest and Oh, Give Me a Home, and nature writing such as Earthtones: A Nevada Album. Her latest is a work of fiction, Friendly Fallout 1953. Since retiring, she’s been reading vociferously, so “Bookin’ With Sunny” is giving her a wonderful opportunity to share thoughts about her favorite new discoveries.
More from this reviewer
PrevArmageddon In Retrospect
Park Avenue SummerNext