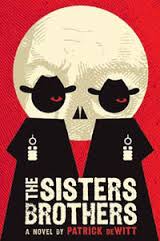 More than four centuries ago, Thomas Nashe published The Unfortunate Traveller (1594) in English and Miguel de Cervantes published Don Quixote (1605) in Spanish. Together, they set a standard for picaresque fiction that writers still respect today. Here’s the simplified satiric formula: a rogue or a knave, a man of mixed intentions, generally naïve and often victimized by bad luck of his own making, goes on the road and suffers a series of mishaps and unfortunate confrontations. Along the way, the author manages to make fun of nearly every level of society and to undercut the social mores of the day. Now Patrick deWitt has created a twenty-first century version of the picaresque, combining that genre with the recipe for a classic American Western. Believe me, The Sisters Brothers is every bit as witty and as cutting as its predecessors.

Two brothers, Eli and Charlie Sisters, are hired gunmen who peripatetically wander south from Oregon City to San Francisco and then to the gold rush country of California. Their employer, the Commodore, has sent them to kill Hermann Kermit Warm. Finding Herman takes awhile. As they meander along the way, the brothers encounter a varied cast of characters and a series of fortunes and misfortunes. Many of their adventures, in good ol’ shoot-‘em-up fashion, result in sudden deaths for their adversaries, while against all odds the Sisters brothers miraculously survive.

Eli colorfully narrates their adventures, explaining Charlie’s motivations while commenting ironically on his own motives. His point of view is wonderfully satiric, providing a charming (if dark) counterpoint to the violence they perpetrate together. Although he follows his sibling everywhere and defends him through thick and thin, Eli indeed differs from his older brother. Charlie has always been the leader; Eli his faithful sidekick. Charlie regularly drinks too much brandy; overweight Eli stuffs himself with food. Charlie generally determines who the brothers will kill, and how; Eli may hesitate, yet always concurs. Together, they dispatch almost everyone who crosses their path. But Eli is perceptive as well as ferocious. Their stay in San Francisco, for example, is peppered with asides about the chaotic city by the bay at the height of the Gold Rush. “There was laughter in the air, though it did not give me the impression of gaiety, but something more maniacal,” Eli observes. “I never looked back, and I thought, I did not enjoy my time here.”

Equally perceptive are Eli’s misgivings about most of their activities. In whore houses he muses about the ladies and wonders if any woman will ever come to him for any reason other than a monetary transaction. In the California foothills, he ponders the prospectors’ single-mindedness, their idealistic allegiance to the powerful allure of instant riches. Most of all, he frets about the brothers’ lifestyle. Is hiring out to the Commodore, and killing so many people, an honorable occupation? Eli rationalizes though, “They were evil men, truly, and they would have killed us if we hadn’t moved first.”

For readers who enjoy the picaresque, with its combination in The Sisters Brothers of light-heartedness and vicious mayhem, with deWitt’s cutting observations of the nineteenth-century American West, and with the murderous but mostly ironic outcome that follows every hostile disagreement, this novel is pitch perfect. I laughed out loud, I groaned, I skimmed past the more gruesome descriptions, I smiled at the caustic tone that so perfectly caught the ambience of Gold Rush days. I’m not sure every Bookin’ reader will relish deWitt’s sense of humor, but many certainly will enjoy trailing the Sisters brothers on their epic journey. – Ann Ronald 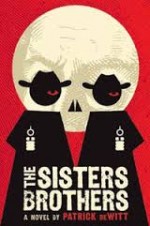 Ann Ronald is a retired English professor from the University of Nevada, Reno. Author of dozens of reviews, she’s also written a number of books about the American West. They include literary studies such as The New West of Edward Abby and Reader of the Purple Sage, cultural studies such as GhostWest and Oh, Give Me a Home, and nature writing such as Earthtones: A Nevada Album. Her latest is a work of fiction, Friendly Fallout 1953. Since retiring, she’s been reading vociferously, so “Bookin’ With Sunny” is giving her a wonderful opportunity to share thoughts about her favorite new discoveries.
More from this reviewer
PrevThe Girl on the Train
Harland’s Half AcreNext