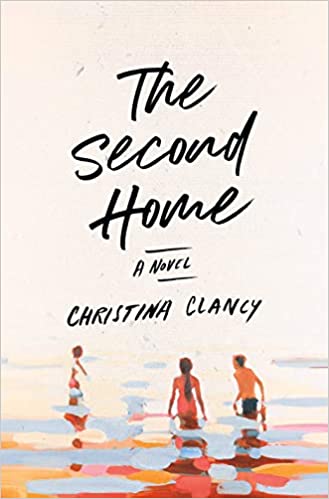 The Second Home, a Cape Cod cottage claimed by three.

Some authors deploy setting almost as an additional character in their novels; Charles Dickens’s London, for example, or William Faulkner’s Mississippi. In such works, a sense of place permeates the narrative, takes on a personality that dictates the emotions and even the actions of the other characters. Such is the case in Christina Clancy’s The Second Home, where the Gordon family’s Cape Cod cottage both binds together and tears apart the siblings’ ties.

The novel begins with Ann’s decision to sell the cottage. Her parents have died suddenly in an auto accident, and she hasn’t seen either her sister or her adopted brother in years. As she has always done, Ann takes charge. She hires a realtor, signs a contract, and sets upheaval in motion. Immediately after Ann affixes her signature to the page, the first half of The Second Home then retreats into the past, into two especially eventful years when the Gordons spent idyllic summer days in their coastal retreat. Until their peaceful days were no longer so unexceptional, and the family tranquility was shattered.

The second half of The Second Home returns to the present. Now Ann, her sister Poppy, and their brother Michael are leading separate lives, unaffiliated with each other but still connected in their hearts to the family’s second home. How this all works out or doesn’t is at the heart of Clancy’s novel. Central, too, is the house itself, a battered cottage that has been in the Gordon family for four generations. It isn’t much to look at anymore. It needs upkeep and costly repairs. Ann and Poppy and Michael each consider it differently. Ann loves it so much she wants to sell it and get rid of the memories. Poppy is indifferent until she spends time there again and falls in love with the place anew. And Michael just plain wants it. It’s part of his very being, his inner soul. Needless to say, these competing motives turn the last hundred pages of The Second Home into oceanic waves of confrontations.

Clancy’s novel, however, is not one of familial neuroses and trauma. Instead, these are ordinary, lovable people who simply communicate at cross-purposes with one another. Miscommunications initially caused the misunderstandings that have kept Ann and Poppy and Michael apart for nearly two decades. And ongoing miscommunications in the present continue distorting the siblings’ accelerating disagreements about the disposition of the Gordons’ second home, about the fates of their very selves.

One effective way Clancy short-circuits the Gordons’ taciturn habits is by sending them to the beach. When looking at the ocean, when wading, when swimming, when surfing, Ann and Poppy and Michael think honestly about their inner feelings. What they never articulate to each other, and what they rarely admit to themselves, becomes clear when they are interacting with the sea. Ann seeks “the solace of water,” while Poppy considers “how special it was to commune with the ocean in the dark, the water black, endless, lumbering, and mysterious, shimmering in the moonlight.” Michael, on the other hand, prefers the nearby inner cove, “The earthy smell of rotting peat and sulfur somehow made his whole confusing life make sense.”

The elderly cottage, the other important inanimate character in The Second Home, shares the Gordons’ secrets, too. Clancy rightly binds the family to their second home, even as it disrupts their tenuous equilibriums. Perhaps this is true of all second homes passed down through generations, destined to be shared among more and more relatives as the decades pass. Clancy makes that heritage key to her presentation of the Cape, too. In so doing, she has written an evocative novel of family and place and love, one that I highly recommend.  —  Ann Ronald

The Second Home is Christina Clancy’s debut novel. Shoulder Season, her second novel will be available in July 2021. 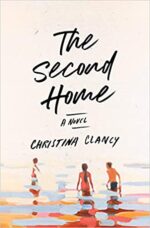 Ann Ronald is a retired English professor from the University of Nevada, Reno. Author of dozens of reviews, she’s also written a number of books about the American West. They include literary studies such as The New West of Edward Abby and Reader of the Purple Sage, cultural studies such as GhostWest and Oh, Give Me a Home, and nature writing such as Earthtones: A Nevada Album. Her latest is a work of fiction, Friendly Fallout 1953. Since retiring, she’s been reading vociferously, so “Bookin’ With Sunny” is giving her a wonderful opportunity to share thoughts about her favorite new discoveries.
More from this reviewer
PrevThe Clockwork Crow
Broken VersesNext