Home » Reviews » Fiction » The Round House 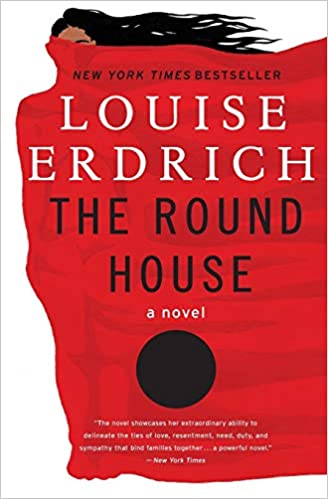 The Round House, Louise Erdrich’s latest novel, foregrounds all of her considerable talents. Set on an Ojibwe Indian reservation in North Dakota, the story opens with a violent attack and rape of one of the characters. The reader doesn’t see the horrific action, however. Instead, we are situated in the consciousness of the woman’s thirteen-year-old son, Joe, as he responds to his mother’s injuries and to his father’s reactions. The course of the novel then follows Joe’s increasing awareness, and his maturation, as he struggles to understand genuine evil in his world.

Joe is a typical youthful adolescent, and Erdrich perfectly depicts his sensibility. He is sad, he is funny, he is puzzled, he often is in over his head. Joe and his three best buddies do stupid things, ordinary things, and sometimes very brave things. They also learn about life. Meanwhile, Joe’s father, a lawyer and a judge, teaches him about the complexities of reservation laws. The Round House in fact draws from recent headlines about the Violence Against Women Act; jurisdiction matters. Depending upon exactly where the crime took place, different laws apply. Those complications are very much a part of this novel’s directions and misdirections.

The Round House also has a great deal to say about reservation life in the twenty-first century. Family is important, and maintaining old traditions is a necessary part of Joe’s relatives’ daily existence. The boy’s elderly grandfather, Mooshum, talks in his sleep and night after night mutters a story that teaches Joe an ancient myth about a boy who at all costs protects his mother. Joe, in turn, interprets the storyline in terms of his own relationship with his damaged mom.

Despite its subject matter, the novel is not all negative. Erdrich has a wonderful gift for including subtle Indian humor in her narratives, and The Round House contains many, many uproarious scenes and conversations. Hot red pepper, thrown on a sweat lodge fire, sends naked men exploding out into the night. When one of the boys confesses the seduction of another thirteen-year-old to the priest, the priest’s response is explosively over the top. And the discussion of sex between Mooshum and an old Indian woman he has known for years is absolutely hilarious.

I would have to say that I think The Round House may be my favorite of Erdrich’s novels (and I have read most of them). It rightly describes both the heights and depths of reservation life today. It brings forth many ongoing problems, such as the complexities of legal jurisdiction, and it accurately questions some of the dubious historical events preceding current Native conundrums. At the same time, these characters live a rich existence. They love each other, they care for each other, and they cope. Even in the face of the rape that sets the book in motion, the family—and the extended family—pull together. They weep, but they laugh, too. Alcohol sometimes adds humor as well, although it often leads to tears.

Louise Erdrich is one of the finest Native American writers of this generation, and I would say that The Round House ranks with the very best of other such contemporary novels. With believable characters, complicated themes, and profound observations, it is both enjoyable and thought-provoking. This novel, winner of the National Book Award, well deserves the accolades and commendations it has received.  –  Ann Ronald  –

Also available by Erdrich: The Last Report on the Miracles at Little No Horse; The Plague of Doves; The Master Butchers Singing Club; Love Medicine; The Painted Drum; Four Souls; Tracks; The Porcupine Year; The Game of Silence; Chickadee; The Antelope Wife; The Birchbark House; Shadow Tag; The Bingo Palace; The Beet Queen; The Blue Jay’s Dance; Tales of a Burning Love; Original Fire (poems); Baptism of Desire; Books and Islands in Ojibwe Country: Traveling Through the Land of my Ancestors. 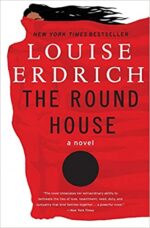 Ann Ronald is a retired English professor from the University of Nevada, Reno. Author of dozens of reviews, she’s also written a number of books about the American West. They include literary studies such as The New West of Edward Abby and Reader of the Purple Sage, cultural studies such as GhostWest and Oh, Give Me a Home, and nature writing such as Earthtones: A Nevada Album. Her latest is a work of fiction, Friendly Fallout 1953. Since retiring, she’s been reading vociferously, so “Bookin’ With Sunny” is giving her a wonderful opportunity to share thoughts about her favorite new discoveries.
More from this reviewer
PrevPirate King
The Boleyn KingNext