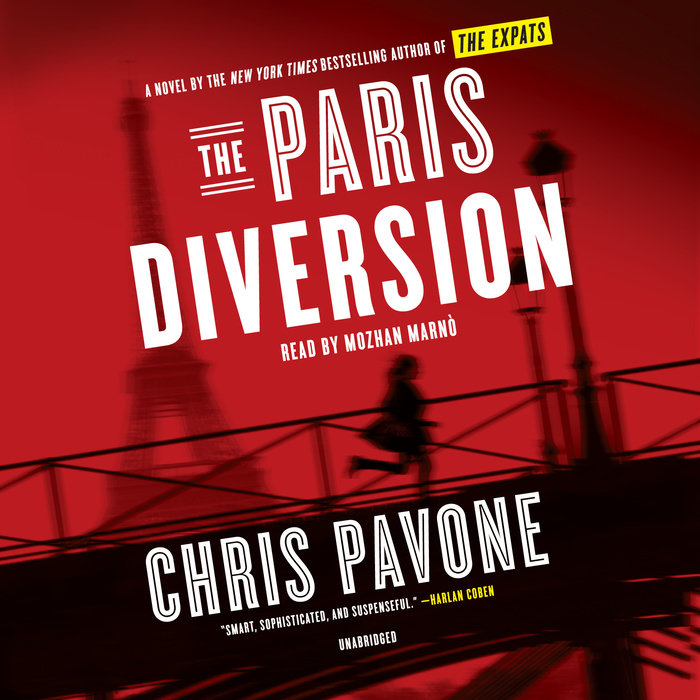 In the book world, the espionage thriller is the milieu of male readers. In other words, Chris Pavone’s latest, The Paris Diversion, due out in the merry month of May, can be considered a “guy” book. Not so fast. I just finished The Paris Diversion, and am here to tell you it is a guy and gal book (I can’t believe I just wrote that).

What I loved about this thriller, aside from the snappy writing, is that the protagonist is a woman. Now I don’t read a lot of mysteries or thrillers, so don’t step up and tell me there are many espionage thrillers with women in key roles. But this thriller comes from a guy. Pavone’s Kate Moore (one of her many aliases) is not only a real spy who can use a weapon, lie, steal, and lie (a lot of that going on), but she is also a woman with a husband and two kids, one who suffers from what appears to be asthma. In other words, dear readers, she is dealing with a lot of things we all deal or have dealt with in our lives, except for the spy thing. Kate’s is a stressful life. Add to that her husband, Dexter, is a bit of a dangerous man who involves himself in some risky and highly illegal financial escapades. Dexter lies a lot, too.

The city of Paris becomes not the City of Lights, but the city of fear. The most beloved of Paris’s sites, the Louvre, the Eiffel Tower, a major subway, a train station have been threatened. A dark-skinned man wearing a bomb vest near the dome at the Louvre has placed on the ground directly in front of him a metal briefcase which police and national security believe holds a dirty bomb. He stands rigid for hours while police snipers wait for orders. Who is he? What are the police waiting for? The police and national security have exactly twelve hours before all hell will break lose.

What do the terrorists want and who are they? Is there a connection between the terrorists and a kidnapped billionaire businessman who is expected to make a highly anticipated financial announcement that afternoon? And what about his beautiful secretary abducted along with him? Is this political? Is it financial? Is it pay-back time? If so, for whom? What is Kate’s involvement? How do all the players (and there are many and not all in Paris) fit?

The Paris Diversion is a multi-powered action story. The action is on foot, on moped, on bike and boat, but mostly en panique. Pavone is a master of the high speed unexpected. The author clearly understands that panic and fear, relative to money and bombs, can be one and the same. Espionage, another word for contrived lives and lies, is a reminder that those lies can kill you; or the people you love, even in Paris, the city of love.   –   Sunny Solomon

Also available by Chris Pavone: The Wine Log, A Journal and Companion; The Accident; The Expats; The Travelers 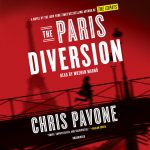 Sunny Solomon holds an MA in English/Creative Writing, San Francisco State University. She is a book reviewer for “The Clayton Pioneer” and her poetry and other writing has been published in literary journals, one chapbook, In the Company of Hope and the collection, Six Poets Sixty-six Poems. She was the happy manager of Bonanza Books, Clayton, CA and Clayton Books, Clayton, CA. She continues to moderate a thriving book club that survived the closure of the store from which it began. Sunny currently lives next to the Truckee in Reno, NV.
More from this reviewer
PrevThe Library Book Books are not for burning
Sweet Promised Land and Robert Laxalt, the Story of a StorytellerNext