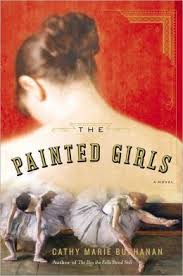 Countless late nineteenth-century French novels, paintings and sculptures grew out of a powerful philosophy often called scientific determinism or literary naturalism. Writing of the artistic leaders, Cathy Marie Buchanan describes a famous Edgar Degas pastel: “A masterwork of observation, the study is informed by the findings of science in regard to innate criminality. Emile Zola, with his argument for a scientific literature, one where the inescapable forces of heredity and environment determine human character, has met his match among the painters.” In two compact sentences, Buchanan also describes the impetus behind her twenty-first century novel, The Painted Girls, a story predicated on the theories of Zola and Degas and a narrative whose characters struggle against overwhelming forces of heredity and environment.

The Painted Girls features two narrators, teen-aged sisters with a deceased father, an alcoholic mother, and no economic resources. Antoinette and Marie van Goethem must fend for themselves, searching out work and food and emotional sustenance as best they can. Antoinette’s choices are dictated by her unhealthy attraction to Emile Abadie, one of the faces depicted by Degas in “Criminal Physiognomies,” the pastel Buchanan calls a masterwork of innate criminality. Marie, a ballet student only thirteen years old, soon begins modeling for Edgar Degas. Many of the painter’s most famous ballerina sketches are of the real-life Marie, and she personally posed for his renowned sculpture, La Petite Danseuse de Quatorze Ans.

Buchanan explains the milieu of Antoinette and Marie by putting words into Emile Zola’s mouth. “My lot, the lots of those around me, were cast the moment we were born into the gutter to parents who never step outside the gutter themselves.” To look at Degas’ sketches and sculpture or to read Zola’s fiction is to encounter this relentless fatalism. A contemporary review of La Petite Danseuse de Quatorze Ans spells out the artistry in human terms. “The vicious muzzle of this young, scarcely adolescent girl, this little flower of the gutter, imprints her face with the detestable promise of every vice.” Imagine Marie’s response to this description of her teen-aged self, and there you have Buchanan’s novel, The Painted Girls.

I give Buchanan a great deal of credit for her accomplishment. Antoinette and Marie are very sympathetic characters, and their stories are told with a persuasive poignancy. Even as Emile is misleading and mistreating Antoinette, she is striving to make herself beautiful in his eyes. Even as Marie recognizes Degas’ artistic brutality, she continues to make herself available and hopes to see herself emerge as a ballerina beauty. Both girls, too, love their youngest sister Charlotte, and try to hide from her the squalor of their lives. The real-life Charlotte actually did overcome heredity and environment and successfully pursued a ballet career.

Little is known about the fates of Antoinette and Marie. In truth, Antoinette never knew the notorious Emile. Buchanan yokes their involvement to underscore the links between physiognomy and determinism. As Buchanan says in the Afterword, the imagined affair brought the philosophical strands of The Painted Girls together in a satisfying way. I agree. The Painted Girls is quite possibly the best naturalistic novel I’ve read since Zola’s Nana or Germinal or Theodore Dreiser’s Sister Carrie. Marie and Antoinette van Goethem, together, are worthy of a reader’s, if not a philosopher’s, compassion. – Ann Ronald 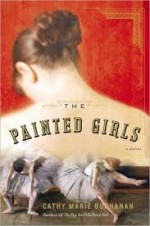 Ann Ronald is a retired English professor from the University of Nevada, Reno. Author of dozens of reviews, she’s also written a number of books about the American West. They include literary studies such as The New West of Edward Abby and Reader of the Purple Sage, cultural studies such as GhostWest and Oh, Give Me a Home, and nature writing such as Earthtones: A Nevada Album. Her latest is a work of fiction, Friendly Fallout 1953. Since retiring, she’s been reading vociferously, so “Bookin’ With Sunny” is giving her a wonderful opportunity to share thoughts about her favorite new discoveries.
More from this reviewer
PrevMurder in Piccadilly
San Francisco, A Map of PerceptionsNext