The Mystery of Mrs. Christie 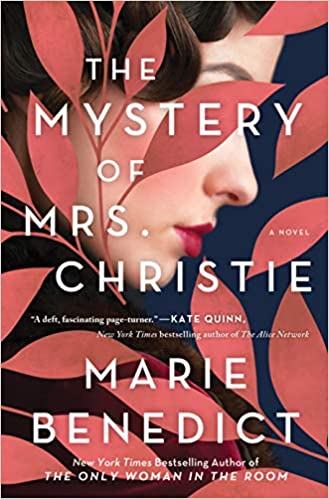 The Mystery of Mrs. Christie

Marie Benedict’s novel, The Mystery of Mrs. Christie, demonstrates for the reader how very important point of view is to our understanding of both facts and fiction. Benedict takes a factual event from Agatha Christie’s life, fictionalizes it, and tells her tale through two quite distinct voices. She also offers an extended riff on point of view, particularly as adjudicated by the British mystery novelist who is writing both as Agatha Christie the writer and Agatha Christie the actor in her own personal drama.

The frame of The Mystery of Agatha Christie is real. For eleven days in 1926, Agatha Christie actually disappeared. Frantic searches ensued, accompanied by imagined reasons for her disappearance. The press had a field day. Victim of foul play? Suffering from amnesia? Or the orchestrator of her own misadventure to draw attention to herself? To her fiction? To her uncomfortable personal circumstances? In real life, as in this novel, Agatha Christie resurfaced at an elegant British spa, registered as Mrs. Neele, the name of her husband’s mistress. In real life, Agatha Christie never explained the reason(s) for her disappearance. She never mentioned those eleven days again. Marie Benedict posits a theory about what happened and why, however, one that pivots on point of view.

Benedict relays her story through dual, and dueling, locutions. Her chapters alternate. Agatha Christie tells of Archibald Christie’s courtship, of their marriage, and their subsequent years together while their romance unraveled slowly, and heartache set in. Her story begins in 1912 and proceeds to 1926, to the day of her disappearance. The other chapters of The Mystery of Mrs. Christie are viewed through Archie’s eyes. He narrates the ten days his wife is gone. The night she goes missing, he and his mistress are enjoying a getaway weekend of golf. Called home, he feigns concern, fabricates recent events, and fights off police inquiries. Each day his wife remains absent brings new tensions and new traumatic inquiries.

Benedict creates neither Archie nor Agatha as particularly sympathetic characters. In both cases, she implies that neither manipulating mind can be fully trusted. Since Archie’s motives are suspect, and because he is less than straightforward with the authorities, it is easy to dismiss him as the chief prevaricator, but I think his role is more complicated than that. Agatha, on the other hand, is certainly more likable than her wayward spouse. Nonetheless, she fully understands how she uses her writing to fabricate imagined worlds and to escape the tensions of her increasingly unhappy marriage. In both cases, the reader should beware. Both Agatha and Archie consciously are constructing realities of their own choosing, not lying exactly but not necessarily telling the whole truth.

The final few chapters of The Mystery of Mrs. Christie bring the couple together. Again, art replicates life. After Agatha was spotted at her fancy resort haven, Archie went to retrieve his soon-to-be-estranged wife. Over an uncomfortable dinner, the two fictional characters converse directly, although the first-person point of view remains Agatha’s. The reader no longer hears Archie’s inner thoughts, only Agatha’s interpretations. But the reader also hears Agatha musing further about point of view. Indeed, she ends her story with a direct statement of intent, “I have authored an authentic self into existence.” And the reader knows exactly how trustworthy that final comment really is, coming through the mouth of a suspect fictional creation.

I loved this book! Marie Benedict writes smartly and succinctly. She herself almost disappears, leaving her characters to construct, reconstruct, and deconstruct themselves. The Mystery of Mrs. Christie is a masterpiece of indirection and misdirection, as fine a mystery novel as I’ve read in a while. A real mystery to this day, as well as an imagined one in the pages of this book.  —  Ann Ronald

Also available by Marie Benedict: Smoke Signal; Lady Clementine; The Only Woman in the Room; Carnegie’s Maid; The Other Einstein; Agent-355. 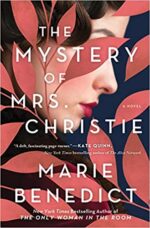 Ann Ronald is a retired English professor from the University of Nevada, Reno. Author of dozens of reviews, she’s also written a number of books about the American West. They include literary studies such as The New West of Edward Abby and Reader of the Purple Sage, cultural studies such as GhostWest and Oh, Give Me a Home, and nature writing such as Earthtones: A Nevada Album. Her latest is a work of fiction, Friendly Fallout 1953. Since retiring, she’s been reading vociferously, so “Bookin’ With Sunny” is giving her a wonderful opportunity to share thoughts about her favorite new discoveries.
More from this reviewer
PrevThe Peacock Emporium
Facing the WaveNext