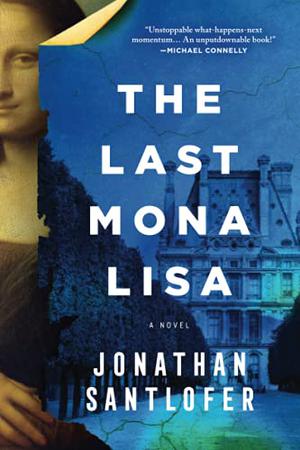 The Last Mona Lisa, Jonathan Santlofer’s retelling of the August 21, 1911, theft of the Mona Lisa from the Louve, is ingenious. Art theft, forgery, and Interpol, nothing is left out. It is a thriller not to be missed.

What I thought was a highly ingenious inspiration for Jonathan Santlofer’s novel, The Last Mona Lisa, turns out to be true. On August 21, 1911, an employee of the Louvre in Paris actually did steal the Mona Lisa from the museum. Two men, the Marquis Eduardo de Valfiero and Yves Chaudon, a well-known art forger, were suspected to be part of the plot, too, although their roles were never proven. The thief, Vincent Peruggia, unsuccessfully tried to ransom the famous painting to the Italian government but instead was arrested and sent to prison. To this day, rumors persist about whether or not the Mona Lisa later returned to the Louvre is the original or a brilliant forgery. To this day, too, no one knows for certain what happened to Peruggia after he served his sentence, to Valfiero, and to Chaudon. The Last Mona Lisa attempts to fill that void.

Santlofer imagines Peruggia’s great-grandson (the family changed their surname to avoid their ancestral taint) setting out to learn more about his infamous relative. Luke Perrone, a struggling artist rather like his great-grandfather, feels not only an affinity but also a curiosity about what compelled Vincent to steal the masterpiece. When Luke receives a letter suggesting that a recently discovered diary might be his great-grandfather’s, he immediately takes leave from his teaching job and flies to Florence to investigate. Once there, scenes alternate between Luke in the library reading the journal, excerpts from the journal itself, and more violent scenes affecting different characters who are connected in one way or another.

The Last Mona Lisa is a thriller, after all, so there are multiple intrigues and more than a little mayhem. Suffice to say that Interpol is involved, as is a beautiful woman who may or may not be who she purports to be. There is a Russian hit man, too, sent by some nameless egocentric art connoisseur to track Luke wherever he goes and to thwart him whenever possible. Bystanders are expendable, as the storyline blasts from scene to scene. Those scenes are depicted beautifully, however, as Santlofer pictorially moves Luke through Florence’s best-known locales and art collections. The same is true when the action shifts to Paris, then back and forth between the two European cities. Anyone who has traveled to either place will relish Santlofer’s (and Luke’s) point of view.

Readers will relish the action, too. The Last Mona Lisa moves at a rapid pace. At first we don’t know who to trust, and indeed it takes the full scope of the narrative to learn the truth, Santlofer’s fictional truth about Vincent Peruggia, the Marquis de Valfiero, and Yves Chaudon, and his consequent fictional truth about Luke’s investigations. Along the way, the reader will also learn a great deal about art and artists, about forgery, about collectors, and about aesthetics. This is a thriller with genuine depth of knowledge, and I recommend it enthusiastically.  – Ann Ronald 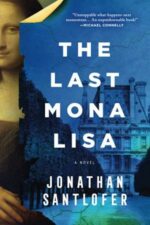 Ann Ronald is a retired English professor from the University of Nevada, Reno. Author of dozens of reviews, she’s also written a number of books about the American West. They include literary studies such as The New West of Edward Abby and Reader of the Purple Sage, cultural studies such as GhostWest and Oh, Give Me a Home, and nature writing such as Earthtones: A Nevada Album. Her latest is a work of fiction, Friendly Fallout 1953. Since retiring, she’s been reading vociferously, so “Bookin’ With Sunny” is giving her a wonderful opportunity to share thoughts about her favorite new discoveries.
More from this reviewer
PrevMy Beloved World