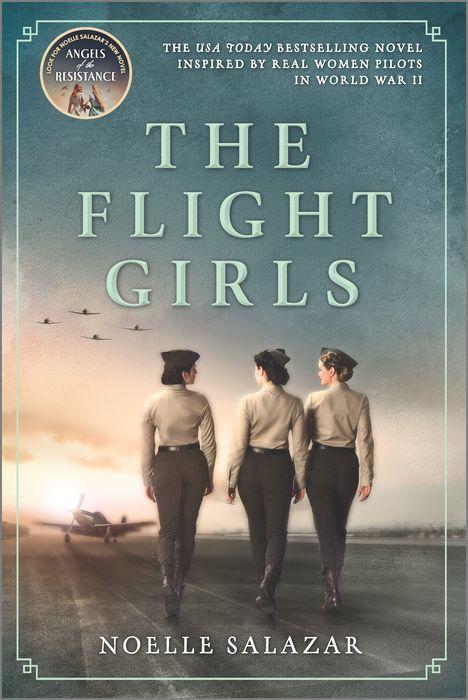 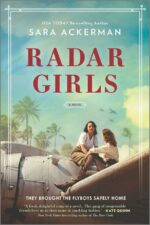 have remarkably similar provenances. Both fictionalize the World War II experiences of special sets of women, the WASPs and the WARDs. These were women who took particular behind-the-scenes military jobs so men would be freed for front-line fighting. The women’s work was mostly secret; their roles, rarely acknowledged. And when victory was declared, the brave WASPs and WARDs instantly were dismissed so that men could replace them.

WASPs, the Women’s Airforce Service Pilots, held no official military positions, yet they played a vital role. They ferried new and refurbished aircraft wherever needed—north, south, east, and west—across the United States. They tested the planes they flew, trained other pilots, and aided the war effort in extraordinary ways. The Flight Girls tells their unique aviatrix stories. Radar Girls, published by the same publisher as The Flight Girls, describes the activities of the WARDs, the Women’s Air Raid Defense. Trained to plot aircraft positions using radar, these Hawaiian women helped keep the islands safe throughout the war. Not only did they track every plane in the vicinity, but they also learned to vector pilots in need of navigational assistance. Radar Girls, its events drawn from real-life, reveals the many ways these women served their country, too.

The two novels resemble one another yet are different, too. Both open with horrendous December 7, 1941, Pearl Harbor scenes. Audrey Coltrane, the protagonist in The Flight Girls, is actually in the sky when the war begins, training a pilot at the time, then dodging incoming gunfire and marauding aircraft. Daisy Wilder, featured in Radar Girls, is swimming offshore when a dogfight explodes overhead and a Japanese plane crashes into her peaceful lagoon. Both novels then proceed to characterize unfolding tragedy, more graphic in The Flight Girls because its setting is closer to downtown Honolulu whereas Daisy resides farther away.

After the chaos of that day and subsequent week, the scenes reverse. Audrey flies back to the states, where the WASPs begin training for their important work. Daisy stays on Oahu. Invited to join the WARDs, she moves into town, where she soon excels at all the tasks radar requires. Unlike Audrey, a college graduate, Daisy is a high school dropout. But she has a mathematical mind, and quickly becomes the star of her class. Radar Girls, located so close to the Pacific action and wrought with anxieties because of the uncertainty of war, conveys more military tension than The Flight Girls, which takes place in the more serene skies of the continental United States.

The Flight Girls, however, includes its own traumas and tragedies. Salazar’s novel operates with a different sort of literary tension. She encourages her readers to think more philosophically about war per se, about the peripheral damage it can do. Salazar is more thoughtful, I think, while Ackerman is more intuitive. Maybe that’s because Audrey is more intellectual, whereas Daisy relies more on her instincts. Or perhaps it’s an echo of the two women’s reactions to the men they love. Both are attracted to pilots; both keep their men at arm’s length, and both reveal the agony of loving men in danger every day. Audrey, however, dances around her emotions; Daisy addresses her feelings far more directly.

Both women welcome help from their friends. One of the strengths of both novels is the way female friendship is portrayed. The WASPs and the WARDs were largely isolated from their peers and even from their families. Neither group could tell anyone what they actually were doing. This meant they had to rely solely on each other. I thoroughly enjoyed watching the women grow together, gathering strength from each other and putting aside petty disagreements. I also enjoyed their interactions with their male co-workers. Sexism played a more overt role in Radar Girls, but often lurked in The Flight Girls, too.

Taken together, the two novels offer a panorama of special but little-known contributions that women made in World War II. Like Hidden Figures, which taught us about the roles Black female mathematicians played, The Flight Girls and Radar Girls exemplify two more secret enclaves of strong, smart women whose expertise was essential to Allied victory. I had heard the WASP acronym before but knew little about the women participants. The WARDs were completely new to me, another unknown chapter of “herstory” that the history books forget to tell us. I found both of these books exceptionally acute. They’re not only informative about the processes of war, they’re also perceptive about the emotions of war, perfect selections to stretch both the mind and the heart. – Ann Ronald 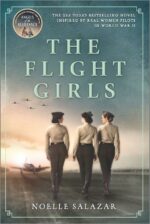 Ann Ronald is a retired English professor from the University of Nevada, Reno. Author of dozens of reviews, she’s also written a number of books about the American West. They include literary studies such as The New West of Edward Abby and Reader of the Purple Sage, cultural studies such as GhostWest and Oh, Give Me a Home, and nature writing such as Earthtones: A Nevada Album. Her latest is a work of fiction, Friendly Fallout 1953. Since retiring, she’s been reading vociferously, so “Bookin’ With Sunny” is giving her a wonderful opportunity to share thoughts about her favorite new discoveries.
More from this reviewer
PrevWhen We Were All Still Alive
The Decent Inn of DeathNext