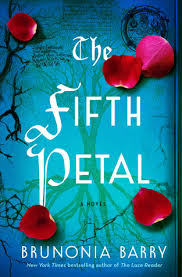 Brunonia Barry is another contemporary author who can deftly embroider three narratives into a single story. The Fifth Petal takes place during three different time periods—the Salem witch trials of 1692, three Halloween murders in 1989, and another sudden death in 2014. In this novel, Rafferty, the Salem chief of police, not only starts investigating the 2014 occasion but also begins to piece together threads that will tie these three disparate moments together.

The focal point is Halloween and Salem witchcraft throughout the centuries. All three young women murdered in 1989 were descendants of the condemned witches hung in the past. When killed, they were exorcising their ancestors and the past. The young daughter of one of them, Callie, hid in the bushes when her mother and two friends died. Traumatized, she hasn’t been back to Salem for a quarter of a century. But when Callie reads about the 2014 death, she learns that Rose, her youthful mentor and a woman often accused of the 1989 murders, is still alive and now is being questioned about the most recent Salem mystery.

Thus, Callie returns to Salem and joins forces with Rafferty to determine what actually happened on that fateful Halloween in 1989. Several ingredients bring life to their search for the truth. One is almost mystic, as Barry probes the boundaries of white witchcraft and black witchcraft. Might the occult be blamed for Callie’s mother’s death? Barry tiptoes around the supernatural, but never allows mysticism to vanquish either truth or storytelling. I, who am normally suspicious of the paranormal and who tries never to read books that deal with witches and banshees, found The Fifth Petal quite logical and persuasive. Barry does an excellent job of going far enough but not too far.

Another related facet of this work of fiction is its discussion of healing. Callie is trained as a musical healer, a woman who uses music as a cancer palliative and singing bowls as psychological therapy. Rafferty’s wife Towner is a healer, too, a woman whose teas ease pain. And the matriarch of Towner’s family rules Yellow Dog Island, a shelter for abused women where battered wives and children can retreat into safety. Even the local witch, Ann, uses her gifts to cure people, not to harm them. That said, let me emphasize what I wrote in the preceding paragraph. The Fifth Petal is not a book of esoteric witchcraft or of shades of the occult. Rather, it dances around the edges of mystery while solving the real-life mysterious occasions of the Salem deaths.

In sum, I would say that The Fifth Petal is another one of those novels that “Bookin’ with Sunny” has gifted to me. I probably would not have bought it on my own, but when it appeared on my stack of Sunny books I picked it up, read the first few pages, and was hooked. From beginning to end, The Fifth Petal is a good read. The finale is fitting, too. Barry finishes her narrative tapestry with convincing chaos that makes solid sense. I finished the book with the comfort of closure, a mystery solved, and (like any good piece of detective fiction) villains brought to justice. – Ann Ronald

Also available by Brunonia Barry: The Lace Reader, The Map of True Places. 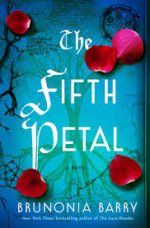 Ann Ronald is a retired English professor from the University of Nevada, Reno. Author of dozens of reviews, she’s also written a number of books about the American West. They include literary studies such as The New West of Edward Abby and Reader of the Purple Sage, cultural studies such as GhostWest and Oh, Give Me a Home, and nature writing such as Earthtones: A Nevada Album. Her latest is a work of fiction, Friendly Fallout 1953. Since retiring, she’s been reading vociferously, so “Bookin’ With Sunny” is giving her a wonderful opportunity to share thoughts about her favorite new discoveries.
More from this reviewer
PrevKillers of the Flower Moon
Holding FireNext