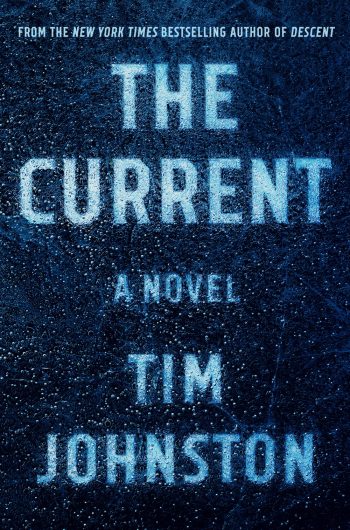 I just finished reading another “Bookin’ with Sunny” novel that I couldn’t put down. Tim Johnston’s The Current, a mystery thriller that careens from page to page, begins when a car skids on an icy highway, then pauses on a snowbank above a frozen river. Two terrified college coeds sit shivering, thanking their lucky stars, when headlights from a pickup shine in their rearview mirror. Grateful to be rescued, they look toward the beams only to see a looming truck gently nudge their bumper, pushing their car downhill and out onto the ice. “The nose of the car drops over the edge of the bank and the world pitches, and their own weight rolls forward through their bodies as at the top of a roller coaster just before the drop—the deep human fear of falling, the plunging heart, and there’s no stopping it and no getting out and nothing to do but hold on.”

The tension, fraughtly conveyed in run-on sentences that pull the reader onto the ice alongside the girls, builds for pages. Will the ice hold? Will it shatter beneath their car? Was this an accident? Or attempted murder? Audrey and Caroline were on their way to visit Audrey’s terminally-ill father, the now-retired sheriff of a small Minnesota town. As the story develops, we learn that they were not the first victims claimed by the icy Black Root River. Ten years before, teenaged Holly Burke drowned under mysterious circumstances, apparently hit by a vehicle and then shoved into the river to cover up whatever happened. Audrey’s father, the sheriff at the time, never was able to solve the crime, a failure that haunts his dreams.

For the remainder of The Current, the plot rebounds back and forth between past and present, from the scene of Holly’s demise to the setting of Audrey and Caroline’s “accident.” Both events, both stories, involve a circumscribed set of characters—Audrey and her father, Holly’s father, the family of his business partner (which includes the teenaged boy accused of Holly’s death), members of the sheriff’s teams (now and then), and a few observant gossips. At first, I found the time shifts rather confusing, not sure whether I was reading about present or past. After a while, though, I settled into Johnston’s pattern and found the rhythmic comparisons absolutely mesmerizing. The Current pulled me in.

The novel isn’t exactly a mystery in that the reader, along with more and more of the characters, solves the intertwined puzzles long before the end of the book. The tension comes from the uncertainty of how those puzzles will be resolved and whether or not justice will prevail. I want to emphasize again how Johnston’s syntax heightens the riveting nature of his narrative. Like William Faulkner, this author has an exceptional ability to get inside moments of tension, inside moments of psychological trauma, and to convey those moments in elongated sentences that build exceptional tension. “The ice sighed, it took a breath—then pitched beneath her. A sharp edge rose like a fin, and her boots slipped down the incline of it and she fell to her chest on the upended slab and slid legs-first into the water, plunging into the dark and the cold up to her ribs, clinging to the upended slab of ice, and there was the moment before the cold soaked through her clothes, and then it simply squeezed the breath from her like great jaws clamping down.” The Current, oh-so-successfully pulling the reader in. 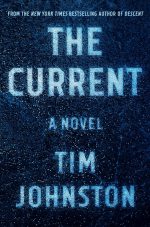 Ann Ronald is a retired English professor from the University of Nevada, Reno. Author of dozens of reviews, she’s also written a number of books about the American West. They include literary studies such as The New West of Edward Abby and Reader of the Purple Sage, cultural studies such as GhostWest and Oh, Give Me a Home, and nature writing such as Earthtones: A Nevada Album. Her latest is a work of fiction, Friendly Fallout 1953. Since retiring, she’s been reading vociferously, so “Bookin’ With Sunny” is giving her a wonderful opportunity to share thoughts about her favorite new discoveries.
More from this reviewer
PrevBoot Language
Slave Old ManNext