Home » Reviews » The Color of Rock

The Color of Rock 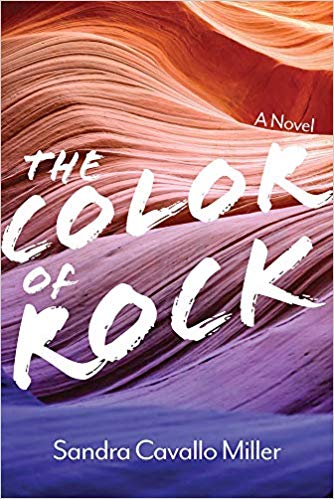 THE COLOR OF ROCK

As a stuffy retired academic curmudgeon, I have an old-fashioned notion of what a university press should publish. Namely, any book published by a university press must add to our understanding in one way or another. Ideally, it must make an original contribution to knowledge. The Color of Rock pushes that notion envelope.

In the old days, most university presses rarely accepted original fiction, reprinting out-of-print novels but not new ones. The highly-regarded Bison series at the University of Nebraska Press, for example, made many relatively obscure American semi-classics readily available to the public. Their inventory brought forgotten authors to light and allowed professors like me to vary their classroom reading lists from semester to semester. Even though they did not introduce new creative writers to their readers, presses like Nebraska did make a distinct contribution to the dissemination of knowledge and the keeping of the flame.

Now, for at least a generation, university presses have changed their tactics. Many do publish newly-discovered authors of fiction. The University of Oklahoma Press, as well as the University of Arizona Press, has brought our attention to a wide range of Native American and Hispanic novelists. Both have added healthy doses of nonfiction to their lists of more academic tomes, too. Such publishing choices have not narrowed my conceptualization of what a university press should choose to publish. Quite the contrary. They have stretched their readers’ understanding of other cultures, have wisely expanded intellectual horizons.

When I picked up Sandra Cavallo Miller’s novel, The Color of Rock, recently published by the University of Nevada Press, I expected to read another such narrative, one that broadened my knowledge of canyon country and the people who inhabit its red rock walls. Imagine my surprise when I started reading what I can most cogently describe as “chick lit.” Make no mistake, The Color of Rock is good chick-lit—well-written, well-plotted, well-conceived. But it’s basically a “will she or won’t she?” sort of novel, rather than one with original intellectual content. And yet, as I turned its pages, following the joys and angsts of its main character, I discovered I was learning, too.

Dr. Abby Wilmore has retreated to a Grand Canyon clinic not far from the famed El Tovar Hotel. There she immerses herself in her patients and their problems, effectively putting her own issues on the back burner. Every day brings fresh challenges—non-stop emergencies of ill-prepared hikers, ongoing health issues of the thousands who work nearby. The Color of Rock was written by a physician, and she knows her business. Surprising maladies and detailed diagnoses accompany Abby’s office hours, and Miller addresses clinical trauma in detail. From rattlesnake bites to bubonic plague, from dehydration to exhaustion, from broken bones to gunshot wounds, from asthma to diabetes, Miller animates medicine, using layman’s language to discuss real-life medical issues.

And medicine is not the only kind of knowledge included in The Color of Rock. Abby is an amateur astronomer; Jake, the handsome ranger, knows geology; Dr. Pepper, the other clinician, finds condors fascinating. The reader learns about stars, about rocks, about carrion-eating birds. The list continues. Woven seamlessly into this book’s pages is a surprising amount of information relevant to the Grand Canyon itself. Moreover, Miller’s scenic descriptions catch the subtleties of Arizona canyon light. For sure, this book is smarter than I assumed from its initial pages.

However, the plotline and interrelationships of The Color of Rock definitely spin from a chick-lit format, the tried-and-true formula of “traumatized young woman meets sexy desirable men, must choose, stews and frets and rationalizes and changes her mind, outgrows her past, matures, and then probably lives happily ever after.” So no, Miller’s novel does not fit into my antediluvian definition of an appropriate university press publication; it generates no new knowledge at all.

Yet by comfortably repackaging old knowledge in an accessible way, it fits its own special niche. And maybe that’s what university presses should be doing in the twenty-first century.  –  Ann Ronald

The Color of Rock is Sandra Cavallo Miller’s debut novel. 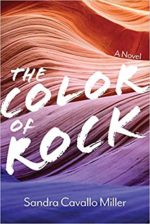 Ann Ronald is a retired English professor from the University of Nevada, Reno. Author of dozens of reviews, she’s also written a number of books about the American West. They include literary studies such as The New West of Edward Abby and Reader of the Purple Sage, cultural studies such as GhostWest and Oh, Give Me a Home, and nature writing such as Earthtones: A Nevada Album. Her latest is a work of fiction, Friendly Fallout 1953. Since retiring, she’s been reading vociferously, so “Bookin’ With Sunny” is giving her a wonderful opportunity to share thoughts about her favorite new discoveries.
More from this reviewer
PrevBig Lies in a Small Town
Many Restless Concerns (a testimony)Next