Many Restless Concerns (a testimony) 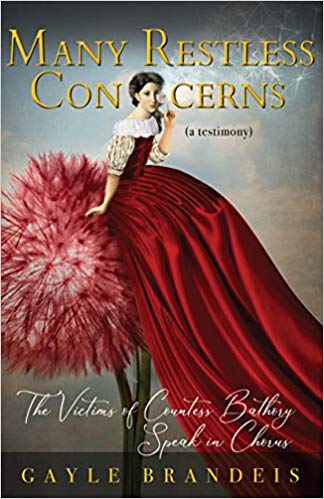 MANY RESTLESS CONCERNS: THE VICTIMS OF THE COUNTESSS
BÁTHORY SPEAK IN CHORUS

Gayle Brandeis’ Many Restless Concerns: The Victims of Countess Báthory Speak in Chorus (a testimony) is a both novel in verse and a historical account of the Hungarian Countess Erzsébet Báthory, who tortured and killed as many as 650 girls and women between 1585 and 1609, making her the most prolific serial killer in history; she was a true sadist, 200 years before the Marquis de Sade, and legend has it that she bathed in the blood of virgins in her search for eternal youth. If this book sounds grisly, it is, but it’s much more than that. Many Restless Concerns is a survey of human cruelty, but it is also a ghost story and a love song.

While we have limited knowledge of the countess’ life, we know almost nothing about her victims. Brandeis gives these silent women voice; these poems aren’t so much an imagining as an embodiment. They often speak in the plural “we” and other times in the individual “I” to rise past the gruesome facts, creating a chorus that is haunting and lyrical:

You want to know how we died.

(That’s all anyone wants to know,

the harsh circumstance of our death.)

We will tell you

but if that’s all you want to know, don’t waste our time. Leave now.

before we were game. That we were alive.

The parentheticals, hanging lines, and repetition throughout create a layered song that reaches us these four centuries later, allowing the victims to stand up for themselves; many were peasants, sent to the countess’ castle as servants or in one instance, traded for a skirt. The women’s bodies are commodified and also submitted to unfathomable tortures, but Brandeis allows them reclamation. The girls and women speak directly to the countess and to the reader when they describe the lack of ownership of their own bodies:

between rows of dill, scent clinging to her skirt, heart clanging into

her ribs; tell that to a girl who knew her body was strong and whole

and packed with sweet juice, a girl who knew being bound to this land

was a gift even as it was a sentence.

Even if the next poem relents with “Our bodies, we later learned, of course, were not our own,” the previous section makes that “of course” ironic—a way of resisting—because we now know the truth. Their bodies finally return to the earth, belonging to no one. Brandeis, though, holds back from easy conclusions, always increasing the tension and never allowing sentiment to become sentimentality. Instead, the women concede that though there is some comfort in returning to the land, there is only “(Some).” The parenthetical here makes that “some” less than some.

When writing about trauma, beautiful language sometimes feels exploitative, though this is never the case in Many Restless Concerns. Every line is imbued with a deep sense of empathy, and the white space on each page holds space for the victims’ stories. Although Countess Erzsébet Báthory herself made history with her cruelty, Brandeis imagines her only through her victims, who acknowledge that the reader may have sympathy for her. History tells us that she was engaged at 10, impregnated by a peasant boy at 12 and sent away to have the baby, which was then given away. The boy was castrated and thrown to hungry dogs, a boy she quite possibly loved. Or a boy who raped her. We do not know. Yet this book’s power is that the point of view never wavers from that of the victims, and as their collective voice gathers its strength, the words scatter haphazardly on the page, creating a storm of anger. There is largeness, a necessity, and beauty in this female rage. Brandeis writes:

We know you will remember her, not us.

We want you to bear witness.

We want this to be an epitaph

over all our unmarked graves.

As the narrative progresses, so do the horrors. The tortures are so terrifying that the mind shuts down, but Brandeis won’t allow the reader to gloss over the terrible realities. She writes:

just words to you. You hear stab and strangle and pummel and hack

and they’re just words too. A few letters, easy to say. Easy to move

These may be “just words,” but Brandeis makes it clear that the meaning of our lives is measured in words; only words serve to create meaning and remembrance; we must say the difficult things aloud and we must listen, so these atrocities stop happening. The poem continues:

When your body knows those words, knows them in every fiber, the

words change. They become the smell of your own scorched skin,

Through the use of sensory detail and metaphor, Gayle Brandeis reminds us that it is our ethical charge not to look away.

The poems create a historically accurate narrative arc, finally ending in Countess Báthory’s arrest. Some historians surmise that she was only caught because she began torturing and killing upper class girls whom she lured with a fake finishing school; unlike the peasant families, the rich were taken seriously when they complained about their disappearing daughters. The lack of a public trial and the countess’ subsequent house arrest reveal the leniency given to those in power. Brandeis, however, shifts the power to the victims, who have the last word. They ask, “(Are you still listening?)” and it is here that the reader realizes that by bearing witness—or acting as the absent trial witnesses—she or he completes the narrative, for a story is only complete once it has found its audience.

Throughout this remarkable book, the use of the second person and direct questioning have drawn us in; we are now part of the chorus and that was always the point. These girls and women no longer have to carry the burden of their untold stories, because we have listened and borne witness to its reckoning of human cruelty, suffering, and finally, love—for there are shared moments of understanding and love between these ghosts and between them and us, the readers. In a world where girls and women are still disappearing at an alarming rate, Many Restless Concerns makes an important argument: we must not avert our eyes, and we must unearth the stories of the silenced; this is the way the world bends toward justice.   –  Suzanne Roberts

Also available by Gayle Brandeis: The Art of Misdiagnosis 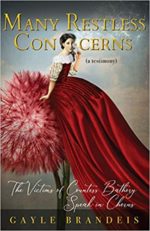 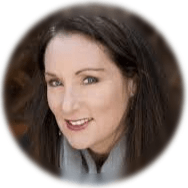 Suzanne Roberts is an award-winning travel writer whose work has appeared in The NYT, CNN and Creative Nonfiction. She is the author of Bad Tourist: Misadventures in Love and Travel; Almost Somewhere: Twenty-Eight Days on the John Muir Trail; and four books of poems. She holds a Ph.D. in literature and the environment from the Univ. of Nevada-Reno and teaches Creative Writing at Sierra Nevada University. She served as the 2018-2020 El Dorado County Poet Laureate and currently lives in South Lake Tahoe, California.
More from this reviewer
PrevThe Color of Rock
George Marshall, Defender of the RepublicNext