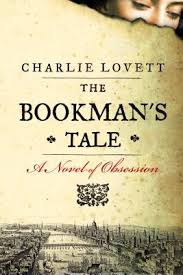 The Bookman’s Tale, A Novel of Obsession

Among the many novels speculating about William Shakespeare’s dramatic roots, Charlie Lovett’s The Bookman’s Tale stands as one of the best. His bookman, Peter Byerly, unearths a copy of Pandosto, a prose piece penned by Robert Greene and perhaps the source of Shakespeare’s The Winter’s Tale. Peter’s find, however, is special, for it includes annotations apparently written by the bard himself. To prove whether or not the book is a forgery, to determine if Shakespeare himself wrote down the marginalia, to be able to unveil a “holy grail” for Shakespearean scholars, becomes Peter’s obsession.

The Bookman’s Tale moves smoothly from one time frame to another. Lovett imagines that at one time such a copy of Pandosto actually existed, and so traces its provenance from one century to the next. But whether or not this authentically annotated Pandosto is the one in Peter’s possession isn’t readily apparent. Indeed, Peter soon finds himself enmeshed in a historic web of forgers, past and present, and their nefarious artistry. Lovett tells the stories of Peter’s own past, too, how the bookman originally became a bookseller focused on antiquarian acquisitions and how he is now pursuing his obsession. So the novel takes place by means of three narrative threads: the distant past, the immediate past, and the present.

The novel is a love story as well. Young Peter Byerly is obsessed by a fellow student, just as he becomes obsessed with old books. Amanda’s grandmother, it turns out, donated the initial core of the Special Collections department where Peter interns and studies in the 1980s. But the love of Peter’s life is no longer alive in 1995. Amanda is dead, Peter is devastated; so it takes the discovery of the Pendosto to bring Peter out of his despondency. At this point, I might characterize The Bookman’s Tale as a romance, yet it’s a mystery, too. How did Amanda die? The question remains unanswered until the end of Lovett’s novel, just as the truth about the Pandosto remains a secret until almost the final page.

Readers who enjoy literary detection will thoroughly enjoy The Bookman’s Tale. Lovett writes well, and his characters (past and present) are complicated and personable. As he explains in his Author’s Note at the novel’s close, much of his story novel is factually based. While no such copy of Pandosto exists, it could have. Perhaps Shakespeare scholars will denigrate Lovett’s premise, but those of us who love the nineteenth century will be fascinated. I was particularly intrigued by the inclusion of notable forgers, for I remember studying their “accomplishments” when I was in graduate school and I recall this opened for me a whole new way of looking at historic documents and literary history. Lovett does a particularly fine job of describing this discreet field of investigation.

Yes, The Bookman’s Tale is an excellent addition to a large number of novels about the young Shakespeare. But it also is an absorbing look at forgery and counterfeit manuscripts. I recommend Lovett’s blend of romance, mystery, and literary trickery. It’s informative, as well as fun. – Ann Ronald

Also available by Charlie Lovett: Everybody’s Guide to Book Collecting (with Jonathan Dixon); Lewis Carroll Among His Books: A Descriptive Catalogue of the Private Library of Charles L. Dodgson; The Further Adventures of Ebenezer Scrooge; The Fat Lady Sings; The Program; First Impressions; Sparrow Through the Hall, A Pilgrimage Through British Christianity. 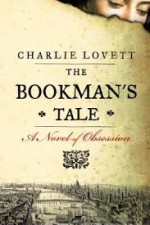 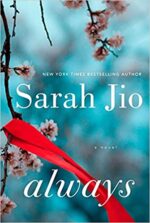 Always – Love with a twist As one might surmise, Sarah Jio’s novel, Always, is a book about love. It’s love with a heart-wrenching twist,

Ann Ronald is a retired English professor from the University of Nevada, Reno. Author of dozens of reviews, she’s also written a number of books about the American West. They include literary studies such as The New West of Edward Abby and Reader of the Purple Sage, cultural studies such as GhostWest and Oh, Give Me a Home, and nature writing such as Earthtones: A Nevada Album. Her latest is a work of fiction, Friendly Fallout 1953. Since retiring, she’s been reading vociferously, so “Bookin’ With Sunny” is giving her a wonderful opportunity to share thoughts about her favorite new discoveries.
More from this reviewer
PrevChronicle in Stone
Dust Bunnies and Dead BodiesNext