Home » Reviews » Star of the North

Star of the North 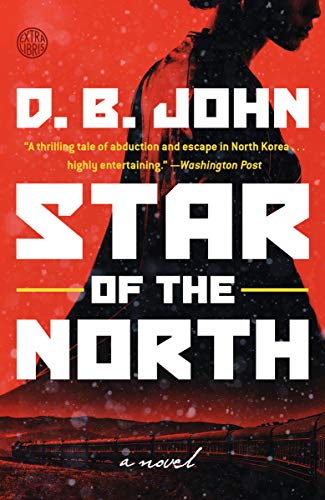 STAR OF THE NORTH

D.B. John’s thriller, Star of the North, pulls back the curtain on North Korea’s secretive milieu. The novel explores the terrain from many perspectives—politically, sociologically, psychologically, and militarily. It centers on three disparate people, strangers to each other, and seemingly unconnected in any way.

Jenna Williams is a college professor specializing in North Korean history and politics. Of mixed Korean and Black American ancestry, she struggles with depression because her twin is missing, apparently abducted from South Korea a decade earlier and never heard from again. When Jenna is offered a chance to bring her expertise and her gifts as a translator to the CIA, she accepts, hoping that a by-product of her new employment will be learning what happened to her vanished twin.

The other two main characters in Star of the North are North Koreans, though of very different social strata.  Lieutenant Colonel Cho ranks high in the military hierarchy. His brother, who plays only a peripheral role in the novel, is a confidante of Kim Jong-Un, soon-to-be heir to his father’s empire. The two brothers, loyal comrades and true believers in the party line, are privy to important secrets and secretive negotiations. Kim Jong-Il, in fact, appoints Cho as an envoy to delicate diplomatic talks in New York. This will be the first time Cho has ever experienced the free world.

Mrs. Moon occupies a much lower rung on the North Korean ladder of success. Called an “ajumma” (a term “often used to denote matronly, pushy, hardworking, no-nonsense women”) by others, she sells black market goods on the streets near the train station in Hyesan (a city in the northern part of Ryanggag province). There, insulated by bribery and protected by drug dealers, she is warily cognizant of constant danger and intrigue.

These three—Jenna, Cho, and Mrs. Moon—manage to unearth an array of North Korean machinations. At the end of Star of the North, D. B. John contextualizes the novel’s themes. It seems that North Korea, for a time, ran something called the Abduction Program. The Dear Leader was sending submarines to kidnap mixed-race young men and women off the shores of South Korea for purposes that are still unclear. Quite possibly, the intent was to breed potential spies for what was called the Seed-Bearing Program. John’s extrapolations about both programs not only make good reading but sounded entirely plausible to me.

Many other exceptional and real aspects of North Korean life are further examined in the fictional Star of the North. Smuggling. Ancestral guilt by association. Christianity as a secretive cult. The gulags and work camps. Human experimentation. And, of course, diplomatic negotiations with the United States and South Korea. Even Dear Leader’s luxurious armored train makes an appearance in John’s novel. Anyone intrigued by the North Korea of Kim Jong-Il and Kim Jong-Un will find these secretive threads mind-bending and very provocative. At the end of Star of the North, John details his research and explains his personal experiences in both South and North Korea. So the reader comes to understand what is real and what is fictive speculation in this very fine piece of writing.

Since North Korea’s behavior regularly headlines the news, Star of the North adds depth to current newspaper and cable television coverage. To go back to what I wrote at the beginning of this review, John uses his characters and his plot lines to explore as far as possible the political, sociological, psychological, and military thrusts of North Korean logic. The result is a novel that enormously piqued my interest in a far-off place about which so little is known. The result also is a novel that lays bare the potential horrors of a totalitarian society helmed by Dear Leader whose followers toil in blind submission to his every whim.   —  Ann Ronald

Also available by D. B. John:  Flight From Berlin. 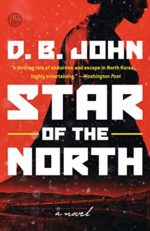 Ann Ronald is a retired English professor from the University of Nevada, Reno. Author of dozens of reviews, she’s also written a number of books about the American West. They include literary studies such as The New West of Edward Abby and Reader of the Purple Sage, cultural studies such as GhostWest and Oh, Give Me a Home, and nature writing such as Earthtones: A Nevada Album. Her latest is a work of fiction, Friendly Fallout 1953. Since retiring, she’s been reading vociferously, so “Bookin’ With Sunny” is giving her a wonderful opportunity to share thoughts about her favorite new discoveries.
More from this reviewer
PrevMercy House
My Kitchen YearNext