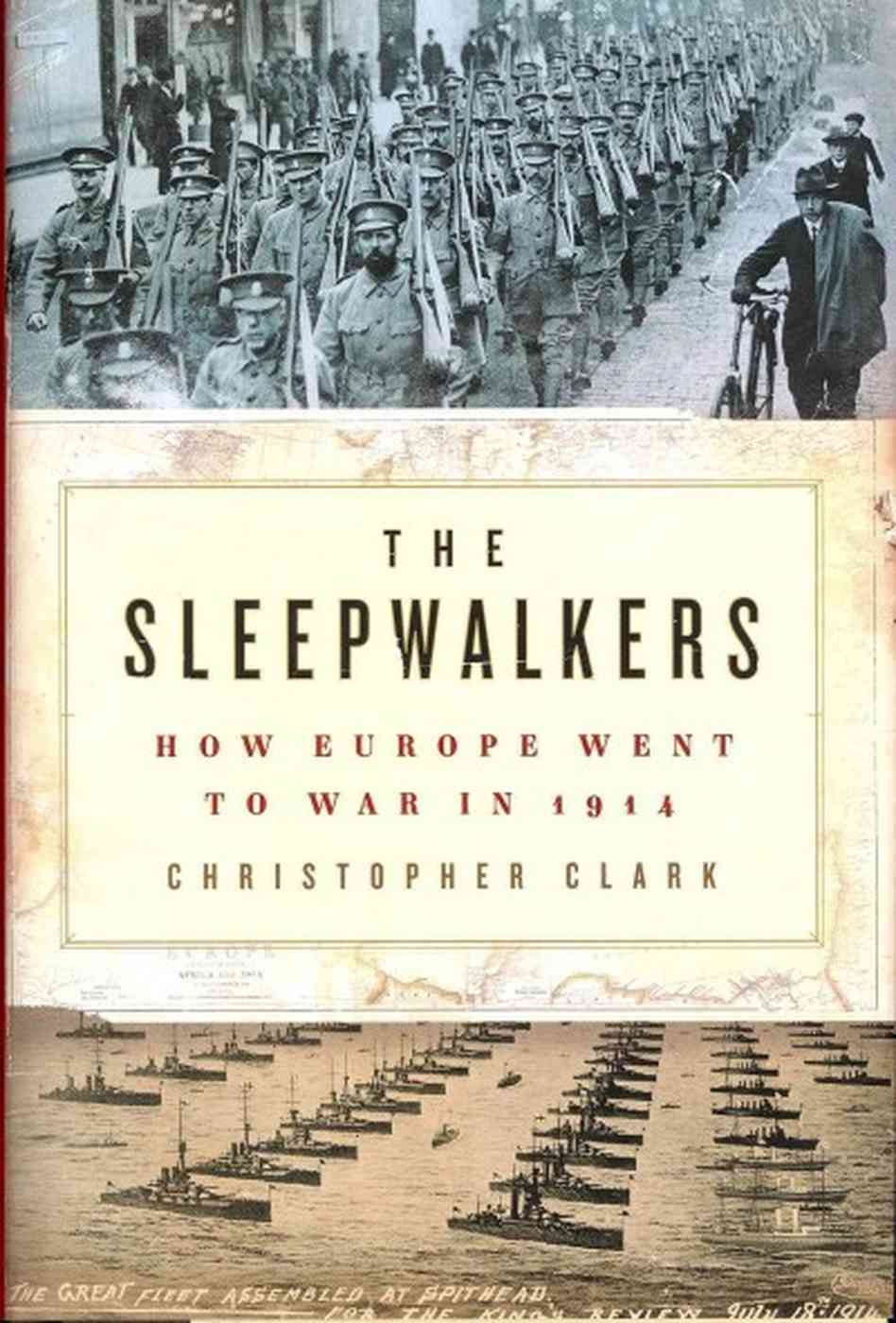 The Sleepwalkers: How Europe went to war in 1914

In the past century more than 25,000 books have been published about World War I and its origins. Will our understanding be enhanced by another one? If it is as readable and insightful as Clark’s The Sleepwalkers, then the answer is yes.

Not perhaps since Barbara Tuchman’s Guns of August (1962) has a single volume captured the milieu out of which the Great War emerged so compellingly as does Clark’s. His book, however, will not be a best seller as was hers. There are many reasons for this. Given the depth of research and complexity of approach, Clark’s purpose in writing The Sleepwalkers was perhaps to establish a benchmark rather than to write a best seller. Also, his book has many competitors since we are now entering the centenary of the Great War’s birth in 1914; the presses are humming. In addition, an extraordinary number of books has been written about the origins of WW I in the past fifty years. And alas, although Clark’s prose is clear and engaging, few writers have the narrative gifts of Ms. Tuchman.

All that aside, The Sleepwalkers deserves to be read and pondered because it is so well researched, mines sources from half a dozen languages, and is passionate without being partisan.

Germany was first to be publicly assigned blame for starting the war, as stated in Article 231 of the Treaty of Versailles, the famous “war guilt” clause. But since 1919 every major nation and several minor ones have been assigned their share of responsibility by one historian or another. To Clark’s credit, he resolutely refuses to apportion blame. He specifically tries to understand as much as he can about the war’s origins but declines to get bogged down in questions of guilt. The story is too complicated to be reduced to either-or labels, guilty or innocent. His interest is in sorting out the nearly limitless strands in the tangle that led to war in 1914.

Refreshingly, Clark tries to answer a seemingly simple question: how did the war start? In answer he tells the story that in his mind best accounts for how it was that Europe (and eventually much of the globe) went from peace to war. He presents his story’s thread plainly; he keeps it in clear view throughout. The war began after the Archduke Franz Ferdinand and his wife Sophie were assassinated in Sarajevo, Bosnia on Sunday, June 28, 1914 by Gavrilo Princip, a 19 year-old Serbian arch-nationalist and member of the Black Hand, a secret and violent Serbian organization responsible for the conspiracy. Five weeks later, millions of soldiers began tromping towards their neighbor’s borders. In the space between these two sentences, those five weeks, Clark inserts an entire book.

For Clark, the war was not inevitable, not in 1911, not in 1913, not even after June 28, 1914. But it did happen. The leaders of the major powers did not prevent its outbreak. In a powerful chapter, Clark analyzes the personalities, careers, and powers of the major makers of foreign policy in each of the European chancelleries. There were no Gladstones, no Bismarks, no Wilsons. The kings, prime ministers, foreign secretaries, and military chiefs of staff of 1914 were small men, not capable of mastering their bewildering challenges. In Clark’s terms, they were “sleepwalkers.” Their inadequacies allowed controllable events to snowball into the tragedy of the Great War even before some twenty-one million men, women, and children died as a consequence.

War began as a direct consequence of that unfortunate Sunday in Sarajevo, but its beginning is explicable only by the reader absorbing massive amounts of context. In The Sleepwalkers, Clark carefully and engagingly sorts through these terribly complicated events, contingencies, and back-stories in a manner that is both illuminating and astonishing. He provides the needed context coherently. And he reminds us: the crisis of 1914 continues to be a mirror in which we see reflections and foreshadows of nearly every international crisis since then.                             – Neal Ferguson

Neal Ferguson is a self described Anglo-phile. After studying for a PhD in British history and doing research for a year in various British archives, he came to the University of Nevada in 1970 to teach. Soon he found himself in administration where he remained until 2003. After returning to full-time teaching a decade ago, he decided to concentrate his teaching energies on Medieval British history and various global aspects of World War II. Dedicated to Ambrose Bierce’s proclamation that the purpose of war is to teach Americans geography, Neal insists that his students accompany him (in class) to sundry east European rivers and steppes, African deserts and jungles, south-east Asian mountain ranges and peninsulas, and small islands and coral reefs in the Pacific. Currently he is writing a book about the ups and downs of General Douglas MacArthur’s military reputation.
More from this reviewer
PrevThe Boys in the Boat
Amy Falls DownNext