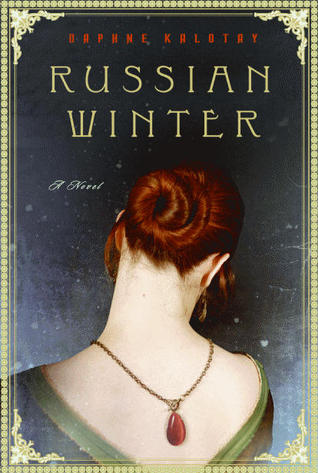 Years and years ago, I was served a roasted onion. I’ve never forgotten the crisp softness as I peeled away the layers, the ethereal aromas of earth, each new bite simultaneously subtle and strong, spicy and sweet. Reading Daphne Kalotay’s Russian Winter, I was reminded of that delicious treat. Her novel, too, unwraps itself exquisitely, each segment unfolding a new image, a new scene, a fresh array of history and culture. A delicious experience, Russian Winter, for me and for any reader who enjoys fiction that captures both the mind and the heart.

Russian Winter pursues four different stories, or tasty segments to be unpeeled, each apparently unrelated but somehow folded together as the novel progresses. Two of the narrative lines feature Nina Revskaya, a premier dancer of the Bolshoi Ballet who defected to the West when Stalin’s Russia grew too oppressive. By the time of Russian Winter, she has grown old and arthritic, is in constant pain, and unable to leave her wheelchair. One story tells of her reclusive, present-day life in Boston; another takes Nina back to the past, to her girlhood and then to the early 1950s, when she was in love and in her dancing prime.

The impetus for her two intertwined stories is the decision Nina has made to put all of her valuable jewelry up for auction, donating the proceeds to the Boston Ballet. The third Russian Winter story centers on the woman who, in the process of putting together the auction catalog, is attempting to authenticate the provenance of the precious gems. Nina is not particularly helpful, so Drew Brooks must combine archival research with informed speculation. In particular, Drew is puzzling over two unique Baltic amber items, a bracelet and earrings. The day after the auction is announced, a Boston College professor by the name of Grigori Solodin has brought in a matching amber pendant with unknown attribution. He wants to add it to the auction; he chooses to remain anonymous, about himself and about the origins of the pendant that appears to have been crafted as part of a set including Nina’s bracelet and earrings. His story is the fourth focal point of Russian Winter, tracking down his past and how it might overlap with Nina Revskaya’s Russian youth.

So many complications and conundrums, so many layers to unpeel. Only the novel’s final pages reveal all the connective tissues that bind these four stories together, and even then, Kalotay leaves a bit of mystery. The ending is masterful, satisfying yet continuing to pique the reader’s imagination. Even now, as I write this review, my mind keeps reconstructing the final passage.

Clearly, Kalotay researched Russian Winter with great care and precision. The Russian scenes bring the Stalinist era into horrifying perspective, showing how the Bolshoi Ballet and the arts in general (Nina’s love is a poet and his best friend is a musician) lifted the populace’s spirits while the political regime simultaneously attempted to dictate artistic creativity. Nina’s past is at the heart of Russian Winter, but I found the novel’s present invocations equally intriguing. Grigori, a respected Russian translator, muses thoughtfully about the problems involved when replicating sounds and meaning between two languages. Drew’s research endeavors are provocative, too, probing long-forgotten archives and fingering dusty old photos. The college professor in me quite enjoyed the professorial activities of Grigori and Drew. Most of all, however, I enjoyed solving the mysteries of Nina’s past. How did the vibrant young ballerina transmogrify into the crippling incapacity of old age, a transition that has affected her mind as well as her body? Perhaps Nina’s starring role in Tchaikovsky’s Swan Lake, performed so often in her heyday, gives an inverted clue. Who is she, Odette or Odile? White swan or black, enchanted and transformed? – Ann Ronald 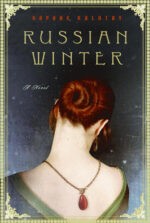 Ann Ronald is a retired English professor from the University of Nevada, Reno. Author of dozens of reviews, she’s also written a number of books about the American West. They include literary studies such as The New West of Edward Abby and Reader of the Purple Sage, cultural studies such as GhostWest and Oh, Give Me a Home, and nature writing such as Earthtones: A Nevada Album. Her latest is a work of fiction, Friendly Fallout 1953. Since retiring, she’s been reading vociferously, so “Bookin’ With Sunny” is giving her a wonderful opportunity to share thoughts about her favorite new discoveries.
More from this reviewer
PrevThe Secrets of Wishtide
The Memory Of Old JackNext