Home » Reviews » Redhead by the Side of the Road

Redhead by the Side of the Road 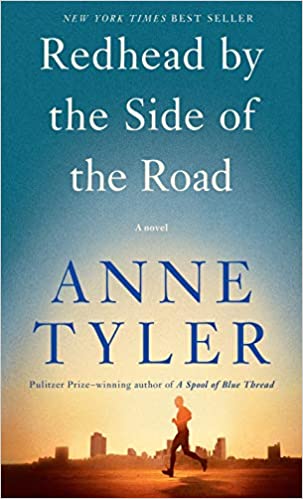 REDHEAD BY THE SIDE OF THE ROAD

Reading Anne Tyler’s novel, Redhead by the Side of the Road, is rather like paging through an album of family photographs, searching for pictures of a favorite, eccentric but lovable, middle-aged uncle. Each snapshot of him tells its own unique story, while the whole collection of photos embraces both the fullness and the emptiness of his bachelor days. Micah Mortimer is the focus of Tyler’s literary pictures, a sharp focus that brings a simple, complicated man to life. Her brief novel, a novella really, looks at Micah through a lens of love.

Quite simply, Micah is a regimented man. “He lives alone; he keeps to himself; his routine is etched in stone.” He starts every morning with a run. He has a defined set of tasks for every day of the week. He has two jobs—one, managing a cubicle apartment building in return for free lodging in its dingy basement, the other, as the self-employed “Tech Hermit.” The latter involves solving people’s computer problems large and small. Micah is the man little old ladies call when they can’t make the printer print or when the internet suddenly disappears. Eighty dollars, he charges for a house call.

Two singular Redhead by the Side of the Road events disrupt Micah’s strictly controlled regime. His womanfriend, Cass, who apparently leads a mostly separate life, may face eviction. Might she move into the basement with Micah? And a teenager arrives on his doorstep, claiming he may be Micah’s son from a long-extinct college relationship. No way can Brink be Micah’s son, the reluctant erstwhile father announces, no way. And no way is there room enough for Cass in his tiny apartment. But he allows Brink to stay a night or two, which angers Cass beyond measure.

Can you picture the snapshots in time? Cass in dismay over a potential eviction, Micah’s unsympathetic non-response. Brink, confused and lonesome, huddled on Micah’s stairs. Micah, attempting to remain calm in the midst of chaos. Micah, at a madcap family party celebrating his nephew’s engagement, one of the funniest vignettes in Redhead by the Side of the Road because Micah’s sisters are his polar opposites. Three of them, each one messy, disorganized, yet full of exuberant energy and life. Where is Cass, they keep asking? Why aren’t we celebrating your engagement, they innocently inquire? Brink’s parents, worried about their son’s absence, arriving on Micah’s doorstep, too. And, Micah, interacting with others and also musing to himself, slowly coming to terms with unpredictable, uncontrollable change.

Anne Tyler’s presentation of Micah, his family, and friends, is absolutely delightful. Tyler has a real knack for characterization, for pinpointing the exact gesture or comment that will bring someone figuratively to life. There isn’t a whole lot of action in Redhead by the Side of the Road because there doesn’t need to be. But each scene is designed to convey one more facet of Micah’s personality. Micah, accelerating and braking with precision as he drives from one appointment to the next; Micah, cajoling a widow willing to pay eighty dollars to the Tech Hermit when all she really wants is to flirt; Micah, reliving the demise of his relationship with Brink’s mother, and her side of the story, too. Recalling these details from the novel makes me smile. Redhead by the Side of the Road, that old family album of beloved snapshots in time, will make every other reader smile, too. Easy to recommend for a warm summer’s read. –  Ann Ronald

Also available by Anne Tyler: A Spool of Blue Thread; Breathing Lessons; The Accidental Tourist; Dinner at the Homesick Restaurant; The Beginner’s Goodbye; Ladder of Years; Saint Maybe; Digging to America; Back When We Were Grownups; The Amateur Marriage; If Morning Ever Comes: A Patchwork Planet; Noah’s Compass; The Clock Winder; Searching for Caleb; Morgan’s Passing; The Tin Can Tree; Earthly Possessions; A Slipping-Down Life; Timothy Tugbottom Says No!; Celestial Navigation; Tumble Tower; Vinegar Girl. 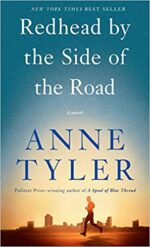 Ann Ronald is a retired English professor from the University of Nevada, Reno. Author of dozens of reviews, she’s also written a number of books about the American West. They include literary studies such as The New West of Edward Abby and Reader of the Purple Sage, cultural studies such as GhostWest and Oh, Give Me a Home, and nature writing such as Earthtones: A Nevada Album. Her latest is a work of fiction, Friendly Fallout 1953. Since retiring, she’s been reading vociferously, so “Bookin’ With Sunny” is giving her a wonderful opportunity to share thoughts about her favorite new discoveries.
More from this reviewer
PrevTahoe Hit
The Book of Lost FriendsNext