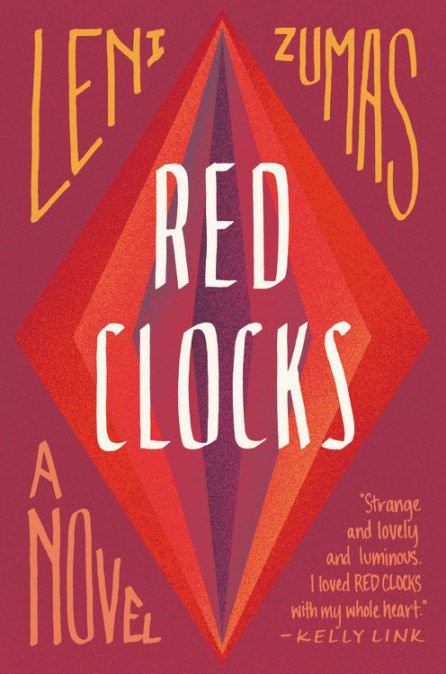 Leni Zumas designed Red Clocks as a classical romance, much like Miquel del Cervantes’ Don Quixote or Edmund Spenser’s The Fairie Queen. In those prototypes, a set of stylized characters descends into an imaginary, increasingly chaotic world. They emerge personally unchanged, but their intrepid journeys reveal insights about the state of the real world in which their readers live. Such is the case of the women who populate Red Clocks, a futuristic novel that takes place just after the United States Congress has ratified a Personhood Amendment. This new decree makes all abortion illegal, condemns any woman pursuing an abortion or any abortion provider as a murderer, bans in vitro insemination, and ultimately abolishes adoption by anyone other than a married husband and wife.

Zumas’ stylized characters have names, but she mostly refers to them as standardized types: the Biographer (also known as the Teacher), the Explorer, the Daughter, the Wife, the Mender. The Biographer, who teaches at an Oregon oceanside high school, is writing a biography of a nineteenth-century Arctic explorer. The Biographer desperately wants to bring her book to fruition, just as she desperately hopes to conceive a child before her biological clock stops ticking and before the Personhood Amendment is fully implemented. One of her students is the Daughter, very bright and very pregnant. One of her colleagues is married to the Wife, whose marriage is failing and whose children are making her life miserable. The Teacher and the Wife miscommunicate about motherhood throughout Red Clocks.

The Mender is the novel’s catalyst, a holistic healer who specializes in women’s reproductive health. In the midst of trying to help others, she is jailed for providing improper medication to the wife of the high school principal. In truth, the Mender was prescribing salves and balms to heal the aftereffects of spousal abuse, but the principal makes the case that the Mender was prescribing anti-abortion medications. His accusation lands the Mender in jail, where she can no longer offer her services to other Red Clocks women. How they react, and how her trial ensues, lies at the heart of Red Clocks.

This novel raises a number of important issues about women and reproduction, about acts of malice and of kindness, about quiet lives of desperation. It’s a thoughtful book, one well worth reading. I cannot wholeheartedly recommend it, however, because I found Zumas’ artistic presentation at odds with her motifs. In an effort to convey the incoherence of the Red Clocks political milieu, she uses a broken mode to tell her stories. Brief chapters, each featuring one of the five protagonists, bounce staccato-like from situation to situation. Especially troubling, and truncated, are the excerpts from the Biographer’s book about the Explorer. I understand that the explorer’s icy existence is meant to replicate the cold reality of a post-Personhood Amendment world, but I personally found the clips more annoying than helpful.

The best way to read Red Clocks, I think, is to embrace its romance design, not to expect the protagonists to evolve. The world in which they live is best seen as a laboratory designed to test potential societal upheaval. Like its population, that world does not evolve either. Rather, it exists to raise questions in the minds of Sweeney’s readers, perhaps to terrify those readers into imagining a post-Roe v. Wade society. As a romance, in the classical sense of the word, and as a political statement, Red Clocks is very successful. As an emotive novel, however, I found it surprisingly sterile. – Ann Ronald 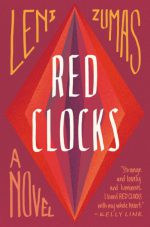 Ann Ronald is a retired English professor from the University of Nevada, Reno. Author of dozens of reviews, she’s also written a number of books about the American West. They include literary studies such as The New West of Edward Abby and Reader of the Purple Sage, cultural studies such as GhostWest and Oh, Give Me a Home, and nature writing such as Earthtones: A Nevada Album. Her latest is a work of fiction, Friendly Fallout 1953. Since retiring, she’s been reading vociferously, so “Bookin’ With Sunny” is giving her a wonderful opportunity to share thoughts about her favorite new discoveries.
More from this reviewer
PrevOnce Upon a River
Books for LivingNext