Home » Reviews » Once Upon a River

Once Upon a River 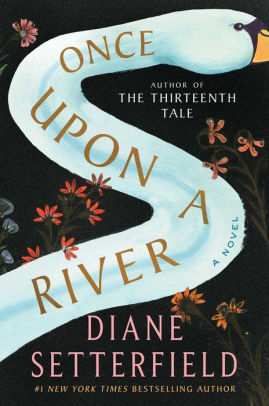 ONCE UPON A RIVER

When I turned the final page of Diane Setterfield’s novel, Once Upon a River, I closed the book and sat staring at the middle distance, conjuring images of her river, the Thames, in my imagination. Setterfield’s river had come to be a living breathing entity, carrying her characters and her readers in its storied currents. In some ways, Once Upon a River reads like a dream sequence, where the characters float in a world not quite real. At the same time, Setterfield’s evocation of reality is quite pronounced—the tactile qualities of the river itself, the many strands of familial love, the agonies of loss. This is a novel that is both psychologically and emotionally complicated. And, at the end, utterly satisfying.

It begins with stories. Customers at a local pub relish storytelling. The pub owner is a master of storytelling, as are many of the regulars. On the night of a winter solstice, they become their own story when a battered stranger carrying a comatose child lurches in from the cold. Drenched, he has clearly come from the river, and so has the little girl. Who are these two? Everyone has a different story, a different antecedent, a different claim.

Does she belong to the mysterious stranger, or someone else? Lily White, the pastor’s housekeeper, thinks the child is her long-lost sister, who died many years before. The Vaughans counter that the child is their daughter kidnapped two years earlier, held for ransom and never returned. Robin Armstrong claims the girl, too, believing that his neurotic wife, before taking her own life earlier that day, first deposited the child in the river. When the four-year-old regains consciousness, she doesn’t speak, so the storytellers can only speculate about her past. Awake, she simply stares at that middle distance where the Thames flows free. An ephemeral spirit, she wants only to sit alongside the Thames, to move sticks and stones in its currents, to look at herself mirrored in the water, to touch its mysterious depths. Is she Ann? Or Amelia? Or Alice? Or someone else? That’s what the stories (both imagined and real) of Once Upon a River seek to discover.

So it was that after the impossible event, and the hour of the first puzzling and wondering, came the various departures from the Swan and the first of the tellings. But finally, while the night was still dark, everybody at last was in bed, and the story settled like sediment in the minds of them all witnesses, tellers, listeners. The only sleepless one was the child herself, who, at the heart of the tale, breathed the seconds lightly in and lightly out while she gazed at nothing and listened to the sound of the river rushing by.

Setterfield’s own words set Once Upon a River adrift in space and time, until she ends the search for truth. “And now, dear reader,” she concludes, “the story is over. . . You have haunted here long enough, and besides, you surely have rivers of your own to attend to?” Just so, the child’s middle distance coalesces with my mind — a must-read book for any thoughtful soul.  – Ann Ronald

Also available by Diane Setterfield: The Princess and the Pea; Bellman & Black; The Thirteenth Tale. 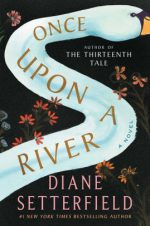 Ann Ronald is a retired English professor from the University of Nevada, Reno. Author of dozens of reviews, she’s also written a number of books about the American West. They include literary studies such as The New West of Edward Abby and Reader of the Purple Sage, cultural studies such as GhostWest and Oh, Give Me a Home, and nature writing such as Earthtones: A Nevada Album. Her latest is a work of fiction, Friendly Fallout 1953. Since retiring, she’s been reading vociferously, so “Bookin’ With Sunny” is giving her a wonderful opportunity to share thoughts about her favorite new discoveries.
More from this reviewer
PrevAngle of Repose
Red ClocksNext