The Orphan Master’s Son is a book of adventures taking place in the repressive totalitarian regime of North Korea. While that may seem to herald a difficult, depressing story, The Orphan Master’s Son is anything but that. Through the darkness and literally, long tunnels of earth, this story ends as one of redemption, a journey to freedom, albeit with startling, gruesome and odd twists of fate.

Adam Johnson chronicles the life of Jun Do (English pronunciation, John Doe) who lives with his father the Master of an orphanage. The orphans in this society are expendable labor for the government to use as they are needed, no matter how hard or cruel the demands of the work. While Jun Do is not an orphan, the fact that he grew up there puts him in that category and he is constantly encountering challenges to his worth. He needs to prove himself over and over as he works in the mines, in the tunnels under the DMZ (and they are real), kidnapping individuals from the Japanese coastal areas, and working on the “wireless” on board the fishing boat Junma. Although Jun Do’s English is limited, it is enough for a special assignment involving travel to Texas, an enlightening and confusing journey which points the way to the story’s final action.

Jun Do’s story ends in the prison mines where, with the help of a female government photographer who guides him through the mine system, he is resurrected, assuming a new identy as a certain Commander Ga. His own strength and intelligence leads him to a final sacrifice for those he grows to love and that sacrifice is where he finds his freedom. Jun Do’s tale requires carefully reading as the narrative goes back and forth, leaving the reader hanging as to the outcome of events, and then picking up the story again but in a different setting and through a new character. One story ends and the next begins, but the two are both Jun Do’s.

Running through the The Orphan Master’s Son is the ever-present, all-seeing Omnipotent figure of Kim Sung II and the complete denial of the individual in this most repressive totalitarian regime. How Jun Do lives, sacrifices and triumphs makes a fascinating and absorbing tale. While reading and then writing this review, current affairs in N. Korea made headlines: the holding of a visiting American veteran of the Korean War and the execution of the current leader’s uncle. One can only imagine how all this will effect hundreds of North Koreans on the periphery of the top echelons.

The author has written what seems an accurate picture of North Korean society, or at least as close as he can get from his interviews of defectors and others who had been in North Korea for any length of time. He visited the country, but since North Koreans are not allowed to interact with foreigners, he had to depend on “tutored” guides for insights. Given his extensive research into North Korean society, in The Orphan Master’s Son, Adam Johnson has given us a well written, classic hero’s journey.         – Donna Buessing

George Marshall, Defender of the Republic 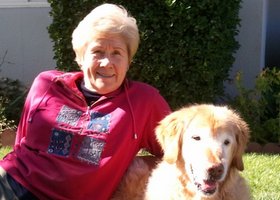 More from this reviewer