“Boy crazy!” That was an epithet 1950’s moms used to upbraid their daughters as they worked through their difficult teenage stages. Few earned the moniker better than Lucille Lang Day, author of the new memoir Married at Fourteen. She was a young girl “looking for true love.” She pursued her goal with such concentration and focus that she was married and pregnant by the end of eighth grade. Although perhaps not the best way to find true love, getting a husband was what she wanted when most girls weren’t even thinking about a prom date.

It’s too bad summer vacations are over because this book is a perfect beach read. I couldn’t put it down. It’s a page-turner, barn-burner, fast-swerving, unnerving car ride, especially when we are driving in a stolen Oldsmobile, running away from home. Lucy’s failed attempt to run away with her boyfriend leads to her arrest and four days of solitary confinement in “Juvie,” Juvenile Hall.

The author tells us she didn’t set out to be a “bad girl.” It was a “wild image” she was after, and escape from her mother’s “yelling and nagging.” For those of us who’ve had difficult mothers, her story reminds us of our own troubled passage.

Lucille Lang Day was first well known as a poet in the San Francisco Bay Area. She won the Joseph Henry Jackson Award for her first collection. Yet there are no long introspective passages of self-examination in her prose, no poetic reveries, no “slough of despond.” Her quick and snappy insights into her own character flaws result in honest summaries and decisions to change. After enduring his abuse and bouts of drinking, Lucy files for a divorce from her first husband, Mark, within two years of the wedding.

Most women would have trouble surviving very well on their own following a teenage marriage, pregnancy, and divorce at sixteen, and Lucy might not have survived well either if it hadn’t been for a frightening experience at a Hells Angels party in suburban Walnut Creek. This turns her around and leads to a total transformation when she makes the decision “to be a writer and a scientist.” She succeeds in carrying out her goal against all odds by rigorous attendance at Adult Day School and High School Extension, where she earns her diploma, then applies to several colleges. Getting her picture in the Oakland Times makes her a poster child as the girl who came back from the precipice.

Success with men does not come as easy. We read with dismay as she chooses men who expect to be able to dictate her choices in life. We wish we could shout out “stop!” as she marries Ben, the second husband to expect her subservience to his wishes, including his desire to have sex with other women while married. 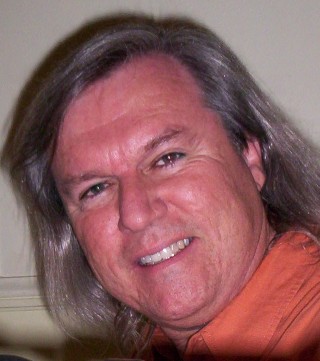 More from this reviewer
PrevThe Technologists
That’s Not a FeelingNext