Home » Reviews » Into the Heart of the Country

Into the Heart of the Country 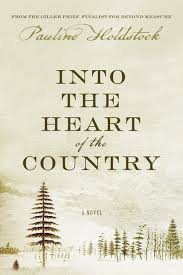 Into the Heart of the Country

A great deal has been written in recent decades about the impact of colonialism on native people and on the colonizers themselves. Pauline Holdstock’s Into the Heart of the Country is one of the best such fictional imaginings I’ve ever read, depicting the inevitably tragic intersections for all involved. The story takes place between 1717 and 1783, in what today is northern Manitoba, in and around Fort Prince of Wales, alongside Hudson’s Bay. Samuel Hearne—explorer, naturalist, and governor of the fort—wrote an account of his time there, A Journey from Prince of Wales’s Fort in Hudson’s Bay to the Northern Ocean. In his narrative, he footnoted Mary Norton, a racially mixed daughter of the preceding governor who seems to have had some sort of relationship with Hearne. Holdstock expands that single reference into a whole novel centering on Molly—Holdstock’s fictive version of Mary—and how her existence might have been juxtaposed against the lives of the Englishmen who sailed into her world.

Because Into the Heart of the Country opens with Molly’s demise, the reader knows from the outset that Molly starved to death in 1783. How and why form the pieces of the puzzle posed by Holdstock’s tale. Central to Molly’s fate are four men, three governors of the fort and Matonabbee, an Indian leader who befriends them all. Each of the governors takes native women as his wife, or wives. Richard Norton fathers Moses Norton, then wrests him away from Canada and sends him to England to be educated. Half native and half Anglo, Moses finds himself an outcast, unable to belong.

Finally returning to Fort Prince of Wales, Moses, like his father, ultimately becomes governor. Like his father, he also beds native women. One offspring is Molly, a daughter he dresses in English finery and isolates as best he can. If Moses is a man who belongs nowhere, then Molly’s plight is even more troubling. Her lot in life seems promising, however, when Samuel Hearne arrives at the fort and catches her eye.

Into the Heart of the Country, in so many ways, expresses a colonial anguish. What Richard and Samuel assume from their relationships with the natives, for example, is quite different from the native expectations. The women believe in the men’s fidelity, whereas the men’s hearts lie back in England. The children born of these relationships live in a precipitous world, one of modified prospects and constant change. Small pox slowly begins to decimate the native population, while at the same time the fur trade is itself decimating the animal population. In little more than half a century, nothing remains the same. As Molly reasons, “Nothing disturbs my own dissolution into the heart of the country.”

Even heroic Matonabbee falls victim to the country’s transformation. When the caribou routes fail and the fur-bearing animals decline, he no longer can lead. His people blame him for their misfortunes, and he can do nothing to save them. His psychological downfall, in many ways, parallels the mental frailties of Moses and Samuel, men caught in vortexes of their own making. Into the Heart of the Country is a profoundly thoughtful novel. Holdstock is especially gifted at turning careful historical research into a wholly imagined domain, at turning biography into a fictional presentation. Her creation of Molly is a masterful depiction of a footnote to history, just as her study of colonial outcomes is a masterpiece of emotion and intellect. Reading her words, I found myself thinking long and hard about the settlement of the North American continent. Not so romantic after all.   –  Ann Ronald 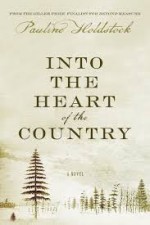 Ann Ronald is a retired English professor from the University of Nevada, Reno. Author of dozens of reviews, she’s also written a number of books about the American West. They include literary studies such as The New West of Edward Abby and Reader of the Purple Sage, cultural studies such as GhostWest and Oh, Give Me a Home, and nature writing such as Earthtones: A Nevada Album. Her latest is a work of fiction, Friendly Fallout 1953. Since retiring, she’s been reading vociferously, so “Bookin’ With Sunny” is giving her a wonderful opportunity to share thoughts about her favorite new discoveries.
More from this reviewer
PrevAlexander Hamilton in Book and Song
Deadly Secret of the Lusitania, a novel approachNext