Home » Reviews » Inhabited – How Today’s West is Won or Lost

Inhabited – How Today’s West is Won or Lost 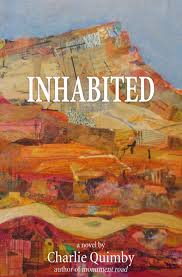 Torrey House Press fills a very special publishing niche. Their stated mission is to promote “environmental conservation through literature.” Their editors choose books that encourage conversation as well as conservation, books that urge their readers to think about critical social and ecological issues in innovative ways. Charlie Quimby’s Inhabited is such a novel.

It offers a straightforward western issue—a large outside company is considering relocating its headquarters to Grand Junction, Colorado. Such a move promises to generate “hundreds of new jobs and potential contracts for local support businesses and could possibly attract associated development.” Other small western cities are conjoined in a bidding war for Betterment Health, a bidding war that the Grand Junction city council intends to win. I smile as I write that sentence; my hometown of Reno regularly enters just such high stakes competitions. And didn’t the Nevada state legislature just vote a tax increase to build a football stadium for the Raiders?

Where Inhabited’s story differs from the stereotypical clash between development and open spaces is its focus on Grand Junction’s homeless population. Since the “vagrants” live where Betterment Health wants to build, what reparations should the city contribute to their welfare? How should they be evicted? Might they be arrested? Is the city in any way responsible for finding them a new location for their camps? Are they part of the Grand Junction citizenry, or are they just intruders? In Quimby’s novel, these homeless men and women are not anonymous figures. They are individuals, fully realized in his prose, struggling to make sense of what may happen to them.

True to Torrey House Press’s goals, Quimby forces his readers to think about the homeless, about Isaac and Wesley and a myriad of their friends, in strikingly original ways. Each man’s descent begins differently, but each is helpless when confronted with his own failings. Isaac Samson, for example, hears voices that compel him to do peculiar things. He can’t hold a job for very long; he can’t interact successfully with other people. Wesley Chambers functions in a different sort of Hell, a post-war chaos that too often echoes in his brain. Quimby presents these troubled characters not as caricatures but as three-dimensional figures, human and humane.

Meg Morgan, equally human and humane, acts as the transition between Grand Junction’s grandiose plans and the homeless who may be blocking Betterment Health’s path. She is a realtor who not only serves on the city council but who also is a member of the homeless coalition that oversees the well-being of the destitute.

She becomes Inhabited’s thematic voice, an ironic figure who earns her living by selling people homes, who herself lives a somewhat homeless (or at least loveless) existence, a woman who finds herself caught between two competing forces and the forceful men and women who urge her to take what each side deems as the “proper” stand.

Meg also bears a burden from her past, a personal history that the present will challenge in surprising ways. The past and present will also raise questions about Meg’s own value system, how she thinks about her career, her particular life and her vision of how others live. Throughout Inhabited, Quimby riffs on the complex of meanings surrounding the notion of home. As he does so, he stretches any reader’s narrow definition of the physical space of home as well as the philosophical spaces of community. He stretches Meg’s narrowness, too. True to Torrey House Press’s mission, Inhabited urges a fresh look at the meaning of progress, of social justice, and of our humanity. It also broadens the scope of how we view men and women caught in a downward spiral but nonetheless looking for community and human interaction. – Ann Ronald 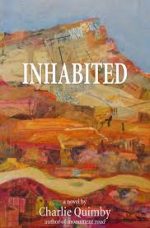 Ann Ronald is a retired English professor from the University of Nevada, Reno. Author of dozens of reviews, she’s also written a number of books about the American West. They include literary studies such as The New West of Edward Abby and Reader of the Purple Sage, cultural studies such as GhostWest and Oh, Give Me a Home, and nature writing such as Earthtones: A Nevada Album. Her latest is a work of fiction, Friendly Fallout 1953. Since retiring, she’s been reading vociferously, so “Bookin’ With Sunny” is giving her a wonderful opportunity to share thoughts about her favorite new discoveries.
More from this reviewer
PrevAnthem for a Burnished Land
American Heiress – The whole truth and nothing but?Next