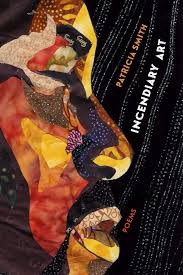 In his seminal book Black Is a Country, Nikhil Pal Singh argues, “modern U.S. racial history…relies on an abbreviated periodization of the civil rights era.” The dominant narrative of our American education is that the war for racial equality has been waged and won during the civil rights movement of the 1960s. This narrative, coupled with the notion that we live in a post-racial United States, contributes to the invisibility of ongoing structural oppression.

For Singh, we are all tasked with confronting the “unfinished struggle for democracy.” In a literary context, poets are responding to the rhetoric of colorblindness. Patricia Smith’s latest collection, Incendiary Art, shows readers how uneven access to the privileges of U.S. citizenship continues to pivot on the category of race.

Collectively, Smith’s poems establish a drumbeat of violence. In between highly publicized events, such as Ferguson, there are countless stories of black citizens being wrongly mistaken for threats. As the poet Jaswinder Bolina puts it, this is the “kind of conflation…[that] can get a body killed.” What viewers don’t see on the news is the reality that victims’ families face: waiting for a son or daughter who won’t come home and justice continuously deferred. For Smith, this is where poetry comes in. Her work from Incendiary Art offers another entry point into current events by focusing on the perspectives of black mothers—women who become “accidental saints” in the aftermath of fatal police encounters.

“Emmett Till: Choose Your Own Adventure” is a series that appears throughout the collection; each piece features a description of the events surrounding Till’s death. The reader is instructed to turn to a page (the one each poem is already printed on) in order to “choose” a different outcome. Of course, each different outcome is impossible. Sometimes the outcome leads to Till’s survival, sometimes, a wider gap of injustice. The poem on page 48 describes Till’s mother Mamie looking for him, its subheading offering a choice: “Turn to page 48 if Emmett Till’s body is never found.” Thankfully, Till’s body was found—evidence that cannot be expunged from history.

“Accidental” is another section of poems continuing with the theme of Incendiary. In this series, poems are preceded by real documentation of black detainees who, while handcuffed, “accidentally” shot themselves, or reports of police who mistook different items for guns. As Smith writes:

. . . My children
are blasted daily out of their own
names, paying with breath for the sin
of pockets. And wallets. And bottles.
And phones. And toys.

“Accidental” refers to how each of these events created saints who became the faces of major protests and movements, such as Black Lives Matter. One of the most powerful pieces features one line appearing on a blank page, representing how many times a detainee was shot:

The refrain goes on to be repeated 7 more times, always alone on a blank page.

“Accidental” also presents the theme of rest, with the victim saying, “I am tired / please, help me fall down,” and the police responding, “We will help you fall down.” Alongside these lines are the mothers seeking respite from the knowledge of what has happened to their children. Each time, a mother reaches for rest; each time she recalls (through the lens of the police transcript) the events of her child’s death. Smith drives home here that there is no rest for the black mother in America: not for Mamie Till, who taught her son how to behave around white people, not for the mothers, the victims of police brutality. The situation has not changed but has remained the same, the black body reaching for rest, always being denied.   –  Joanne Mallari and Brandy Burgess 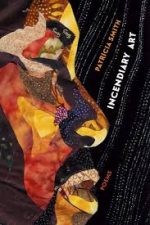 Joanne Mallari holds a BA in English (Writing) with a minor in Spanish from the University of Nevada, Reno. She currently teaches preschool at St. John’s Children’s Center. Her interests include poetry, shower recitals, and dancing at random. Joanne lives in Reno, NV.
More from this reviewer
PrevThe Noble Hustle
The Atomic Weight of Love – Los Alamos RevisitedNext