Home » Reviews » I Want My Hat Back, loving one’s hat

I Want My Hat Back, loving one’s hat 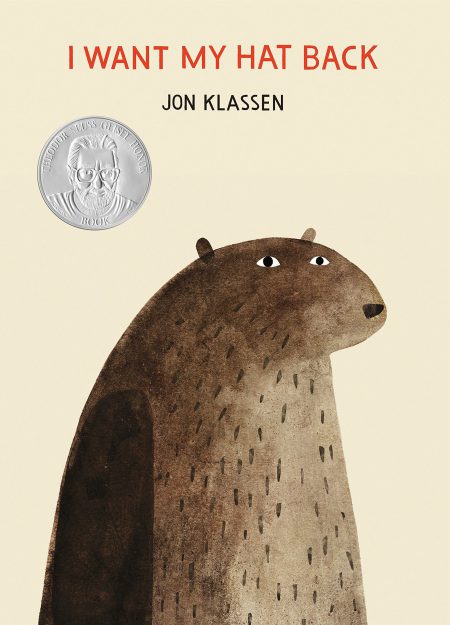 I WANT MY HAT BACK, JON KLASSEN AND HATS

Welcome to the wonderful world of children’s author-illustrator Jon Klassen. Klassen, a Canadian, is both a Caldecott and Kate Greenaway Medal winner. I Want My Hat Back; now a board book and so much fun you almost forget it was written for children. Well, written to be read to children by somebody else, somebody who already knows how to read; somebody who knows right from wrong, rude from polite, and understands that the lines between them may be extremely problematic.

I Want My Hat Back is the deadpan story of a bear who has lost its hat. He must love it very much because he is looking everywhere and asking every forest animal he passes if they have seen it.  From the frog who answers, “No. I have not seen any hats around here,” to the turtle who has not seen “anything all day” and is attempting to climb up onto a rock. Almost all the animals are unable to help the bear. The bear is sad, but he is also still kind because he offers to lift the turtle onto the rock. The bear also responds politely to each creature, “OK. Thank you anyway.”

The fun of reading this story is when the bear comes across a rabbit, standing among some leaves and such, wearing a red pointy thing on top of his head. The rabbit is much shorter than the bear, and it appears that despite the rabbit’s vehement denial (in red print no less): “No, Why are you asking me. I haven’t seen it.” And, “I would not steal a hat. Don’t ask me any more questions,” the bear doesn’t seem to recognize or see the hat. Now, about this time in your reading, the read-to child should be loudly interrupting and pointing out what the rabbit is wearing. Deep into Klassen’s deadpan mode, you turn the page oblivious to any outcries.

Then a deer approaches the bear who is sadly lying on his back. The deer asks, “What’s the matter?” And the bear tells him why he is upset and sad. The deer then asks, “What does your hat look like?” The bear answers, “It is red and pointy and . . .” The page is turned, and we see the bear sitting upright in the center of a totally red page. The bear has a look on his face, almost, aha! He exclaims, “I HAVE SEEN MY HAT.”

The bear, passing all the forest creatures he had spoken to, returns to the rabbit and accuses him of stealing his hat. Next page(s): rabbit in the red pointy hat and bear looking directly at his red pointy hat. No words. Next page: Bear sitting down with hat on his head, “I love my hat.” Then, while sitting down with broken branches and grasses beneath him, a squirrel comes along and asks if he has seen a rabbit wearing a hat. The bear responds: “No. Why are you asking me. I haven’t seen him. I haven’t seen any rabbits anywhere. I would not eat a rabbit. Don’t ask me any more questions.” The squirrel answers as the bear had answered previously in the story, “OK. Thank you anyway.” Last page: bear in red pointy hat sitting on squished down leaves where the rabbit had been. The End.

Did the bear eat the rabbit? Or sit on the rabbit? The beauty of picture books like I Want My Hat Back is that the plot is seemingly simple, the vocabulary even simpler, but the entire adventure is filled with confusion, ambiguity, questionable morality and an ending that begs for re-reading. Could anyone love a hat, or any article of clothing for that matter, so much that they would eat the culprit who stole it? So, maybe sitting and squishing the thief would not be so bad? 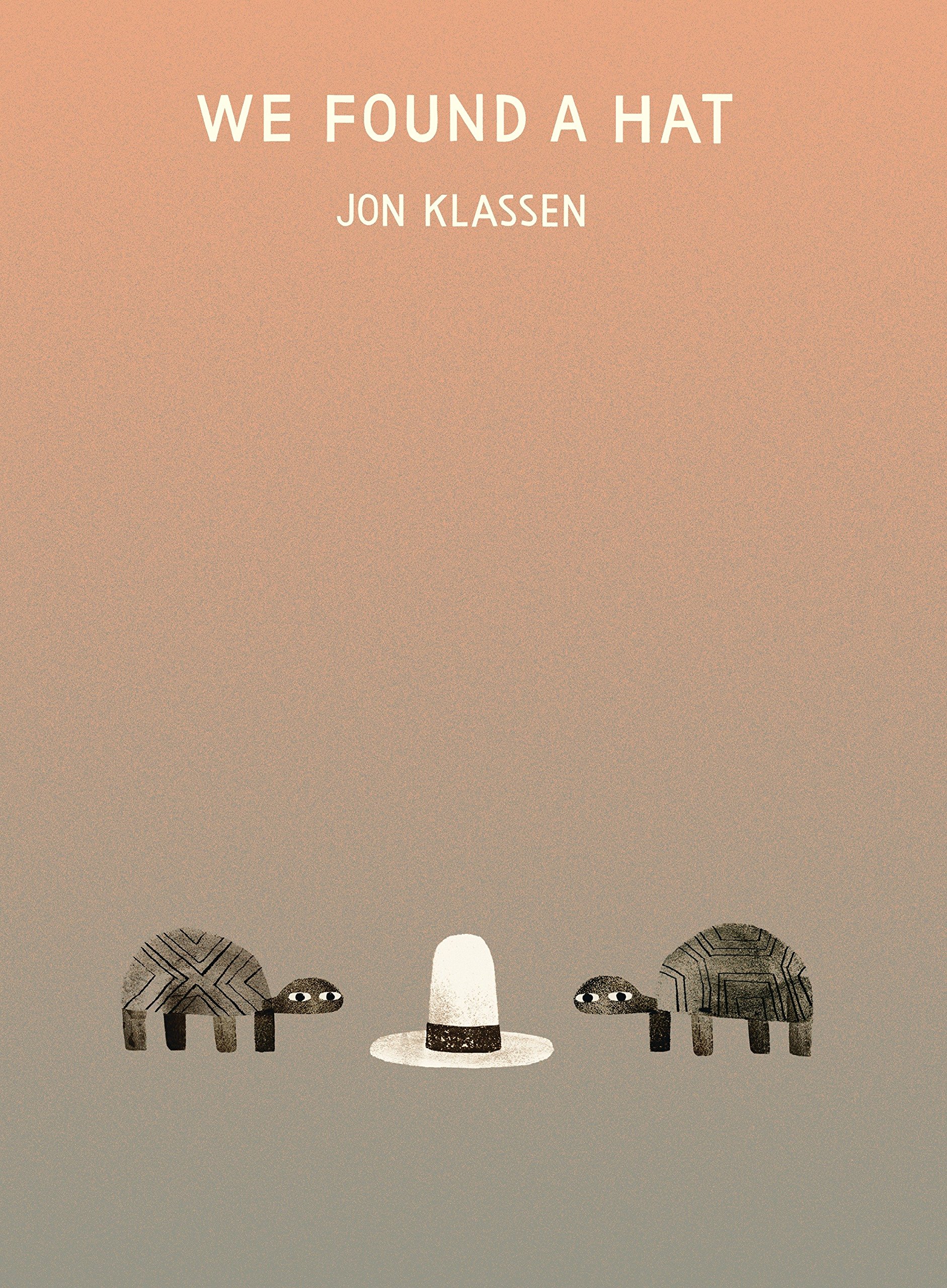 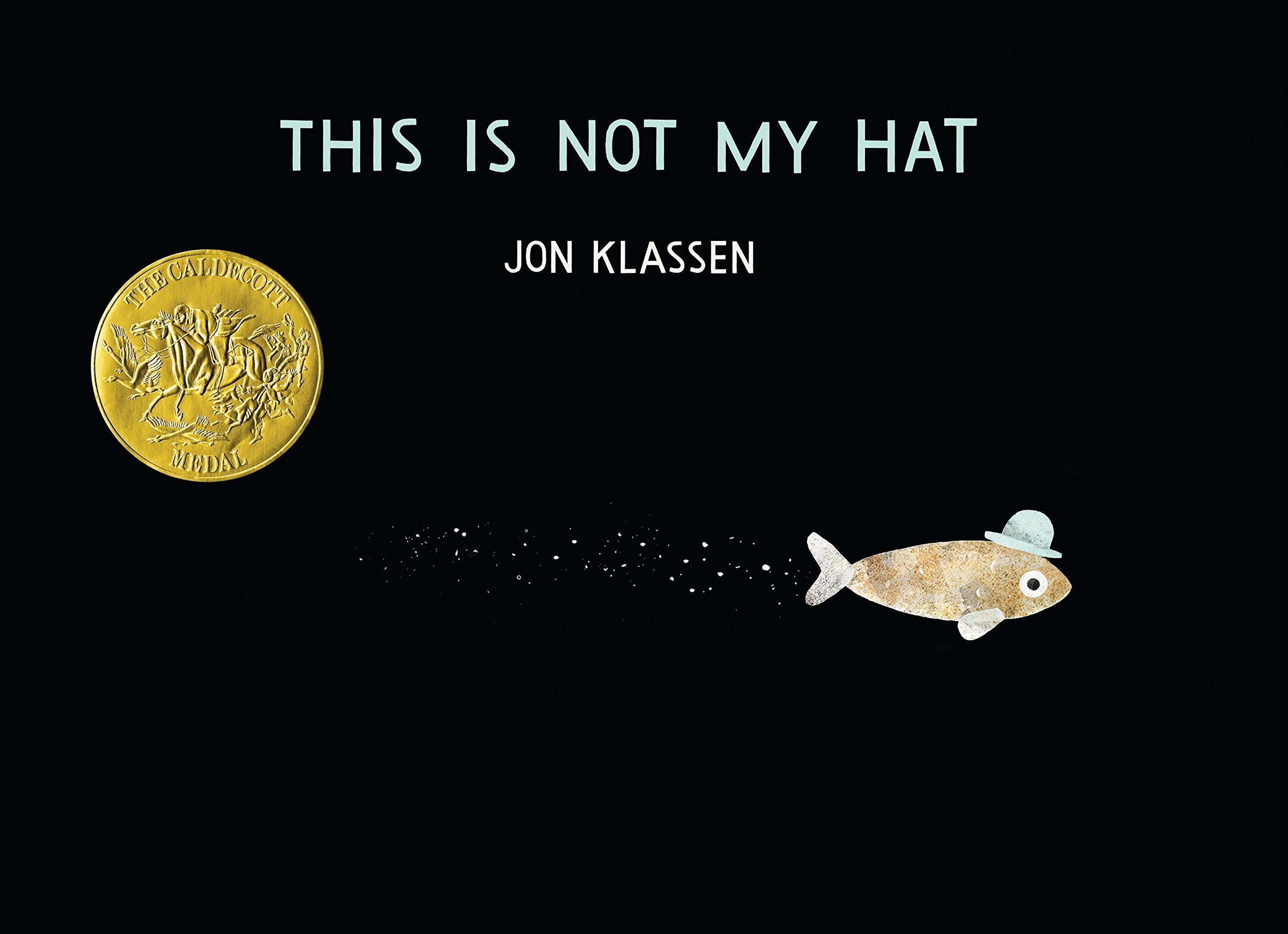 Reading books like I Want My Hat Back is one of the joys of grandparenting. The reader gets to ham it up, encouraging the youngster(s) to interrupt with their observations and insights. My grandkids will be visiting next month, and although one is already reading on her own, I cannot wait to share this Klassen title with them. Then I will pull out Klassen’s This is Not My Hat and We Found a Hat and have a riotous Klassen readathon.   — Sunny Solomon 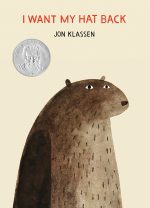 Sunny Solomon holds an MA in English/Creative Writing, San Francisco State University. She is a book reviewer for “The Clayton Pioneer” and her poetry and other writing has been published in literary journals, one chapbook, In the Company of Hope and the collection, Six Poets Sixty-six Poems. She was the happy manager of Bonanza Books, Clayton, CA and Clayton Books, Clayton, CA. She continues to moderate a thriving book club that survived the closure of the store from which it began. Sunny currently lives next to the Truckee in Reno, NV.
More from this reviewer
PrevTraces of “Goblin Market” in The Ashford Affair
Rough Magic Across Mongolia’s GrasslandNext