Home » Reviews » I Hadn’t Meant to Tell You This

I Hadn’t Meant to Tell You This 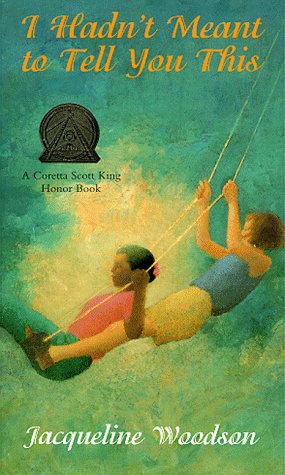 I HADN’T MEANT TO TELL YOU THIS

The beginning of friendships in our formative years as children shape the people we grow up to be. Often, we reflect on friends with whom we created joyous memories. But what about troubled friendships, friendships that challenged us, and made us think about people who were different from us? I Hadn’t Meant to Tell You This, by Jacqueline Woodson, is a tale of such a friendship.

The novel tells the story of Marie, a black girl from a well-off but broken family, and Lena, a poor white girl who is new in town, her family life a mystery. As the two become friends and learn more about each other, Marie tries to cope with the absence of her mother, who has left her family behind. Lena eventually reveals a secret that strains their already fragile relationship.

In Chauncey, where the story takes place, racial divisions form along wealth: black families are thriving, while white families are not. Marie’s father expresses particular hostility toward white people, which Marie initially agrees with, but later struggles to understand when she meets Lena. Lena challenges everything that Marie has been told about white people:

“Because of our mothers,” Lena said. “There’s stuff we can talk about… about what it’s like. White, black – it shouldn’t make no difference. We all just people here.”

“But it does make a difference,” I said.

In the end, Marie must decide whose burdens to carry- her vanished mother’s, her community with its divisions, or Lena and the promise Marie has made not to reveal what she knows.

For readers like me who are black and grew up with white/non-black friends, Woodson captures perfectly the difficulties we faced in separating our views of the world from those of our parents; what it was like to feel like they were wrong about our diverse friends, as well as the disappointments when our parents were sometimes right. I Hadn’t Meant to Tell You This is especially for children and adults alike are seeking a fresh take on the coming-of-age genre. The themes of racism, abuse, and abandonment remind us that we all still have much to learn and grow from.  – Brandy Burgess

Also by Jacqueline Woodson: Another Brooklyn; Lena, Brown Girl Dreaming; Each Kindness; The Other Side; Flying Lessons & Other Stories; Locomotion; If You Come Softly; This is the Rope; Show Way; Pecan Pie Baby; Hush; After Tupac and D Foster; Feathers; Miracle’s Boys; Visiting Day; Coming On Home Soon; Beneath a Meth Moon; The House You Pass on the Way; From the Notebooks of Merlin’s Son; Peace, Locomotion; Last Summer with Maizon; Behind You; Between Madison and Palmetto; Maizon at Blue Hill; The Dear One; Sweet Sweet Memory; Autobiography of a Family Photo; We Had a Picnic This Sunday Past; The Harp You Play on the Way. 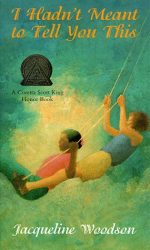 Brandy Burgess holds a BS in Speech Pathology from the University of Nevada, Reno. She was born in Arkansas and grew up living there and parts of the east coast before moving to Las Vegas, Nevada in 1997. She works as a freelance writer, and moonlights as the creative muse behind BrandyDanielle.com. She is currently writing for ComicBookDebate. Brandy resides in downtown Reno, Nevada.
More from this reviewer
PrevWhat Happened
The Soul of an OctopusNext