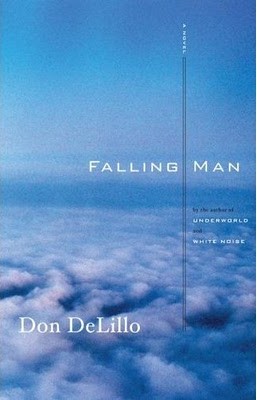 In four months, it will have been six years since 9/11. The reading public has, since that ominous day in American history, been plowed under with books of explanation, lamentation, condemnation and just about everything else authors of nonfiction could think of. Novelists have been a little slower to respond, allowing themselves time to live in the aftermath of such devastation before attempting a telling of anything with 9/11 at its core.

Prior to DeLillo’s new novel, Falling Man, we had McEwan’s, Saturday, Beigbeder’s, Windows on the World, and Foer’s, Extremely Loud & Incredibly Close. None of them come close to Falling Man.

One is drawn to the title by the absence of an article (the) in front of “Falling Man.” This is not a book about any one particular person who fell out of the second tower, although that is the book’s final image. Nor is it about a performance artist (actually called, “Falling Man”) who dangles from bridges, ledges and steeples, giving his life both public notoriety and nuisance value before finally falling to his death. In the simplest terms, this is a book about separation. Everything that falls separates from something and it is as true for humans as it is for objects.

We meet DeLillo’s protagonist, Keith Neudecker, just after the event has taken place. He is hurt and dazed, walking away from the scene and not yet sure where he is going. “He tried to tell himself he was alive, but the idea was too obscure to take hold.” The novel follows Keith’s ambivalent return to his estranged wife, Lianne, and his son, Justin, for a period of almost a year. How the events of 9/11 effect these people, and those close to them: Lianne’s aging mother and her German lover; Justin and his playmates who search the skies for more planes and Ben Lawton; Keith’s brief lover, Florence, who also survived the falling buildings, and an old poker buddy, Terry Cheng.

Without going into the plot or giving away any of the storyline, it is enough to know that DeLillo gets to the heart of what we were all feeling from the time we watched the planes crash into the buildings, over and over, until the moment we understood that nothing would ever be the same. The characters are in a constant state of flux as they move in and out of intimacy.They find themselves living in doubt where their previous world had not been questioned. While walking with his son to meet his wife, Keith thinks about Florence and the end of their relationship, a relationship in which he was “double in himself, coming and going, the walks across the park and back, the deep shared self, down through the smoke, and then here again to safety and family, to the implications of one’s conduct.”

Falling Man is a thoughtful, dynamic and haunting book. Its story will stay with you long after you’ve finished, which makes it worth reading more than once. 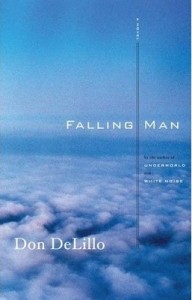 Sunny Solomon holds an MA in English/Creative Writing, San Francisco State University. She is a book reviewer for “The Clayton Pioneer” and her poetry and other writing has been published in literary journals, one chapbook, In the Company of Hope and the collection, Six Poets Sixty-six Poems. She was the happy manager of Bonanza Books, Clayton, CA and Clayton Books, Clayton, CA. She continues to moderate a thriving book club that survived the closure of the store from which it began. Sunny currently lives next to the Truckee in Reno, NV.
More from this reviewer
PrevAn Arsonist’s Guide to Writers’ Homes in New England
A Story For BearNext