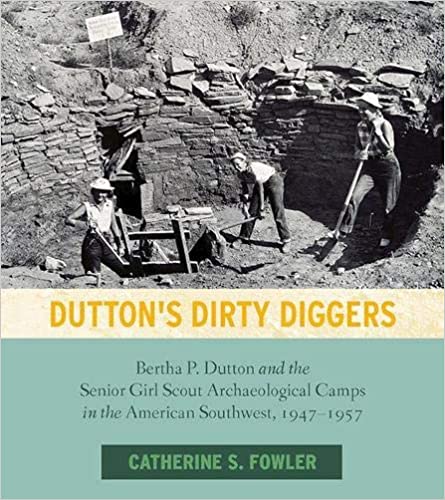 Anyone who fondly remembers Girl Scout camping days will relish the reminiscences to be found in Catherine S. Fowler’s Dutton’s Dirty Diggers. For eleven years, from 1947 through 1957, Bertha P. Dutton led a series of Senior Girl Scout Archaeological camps. Headquartered in Santa Fe, where she was Assistant to the Director of the Museum of New Mexico and where she curated a Hall of Ethnology, “Bert” Dutton partnered with the Girl Scouts to set up southwestern camping tours for older Girl Scouts. For ten-day or two-week sessions, the girls would advance their camping skills while learning about the indigenous peoples in the region and seeing first-hand their historic heritages.

The itineraries of those trips read like a who’s who of southwest archaeological sites. Chaco Canyon, Mesa Verde, Canyon de Chelly, Bandelier, and more. As the groups grew larger and more experienced, Bert designed three distinct loops—northern, central, and southern—always beginning in Santa Fe and extending out from there. She also added an actual archaeological dig—at nearby Pueblo Largo—to her repertoire, so for a couple of years some of the more advanced campers could do hands-on digging and cataloging themselves.

Kay Fowler, a long-time friend of mine, was one of Dutton’s Dirty Diggers. After enjoying two years with Bert, Kay went on to become a highly acclaimed anthropologist, so her pleasure in writing this book was two-fold. Not only did it give her an opportunity to re-connect with other Diggers and to relive their happy experiences, but it also gave her occasion to delve into Dutton’s research and reputation as a scientist as well as her stature as someone who played such an influential role in so many young women’s lives. Kay’s research revealed how extensive Bert’s mentoring reached. I was struck by how many of the nearly three hundred Diggers went on to become scholars and educators themselves.

As a youngster, I went to Girl Scout camp for years, first as a little girl, later as a Counselor-in-Training, as a camp counselor while in college, and one summer even serving as Assistant Camp Director. Reading Dutton’s Dirty Diggers was like reliving my past, with its camping camaraderie, its lifelong friendships, its hilarities, its unexpected adventures, its importance in my maturation, its preparation for adulthood. Although in the Pacific Northwest we tended to be wet instead of dirty, the Diggers shared many similar experiences.

We didn’t have the intellectual firepower, though. Some of my mentors taught me to appreciate poetry, and one, in particular, taught me most of what I know about leadership, but we didn’t have a knowledge base like the one shared by Bert Dutton and by all the scientists and speakers she introduced to the girls.

Dutton’s Dirty Diggers emphasizes the importance of what the girls were learning about the scientific method, about history, about other ethnologies. Their experiences in the field must have been invaluable, and certainly influenced their lives. As I read this book, I wondered why the Girl Scouts didn’t offer more such opportunities, why they didn’t set up educational camps across the country. Kay superbly recognizes, however, how much time and effort went into setting the camps in motion. Bert poured her heart and soul into the project, so much so that when she stepped aside the camps stopped. Only with her energy and vision could such a complicated enterprise succeed.

Finally, I might mention the Appendices. Some of them are downright fun, like the songs the campers sang. Some are more informative, the names of the participants each year and the names of the staff. Some are more scholarly, as Kay meticulously details relevant research. Even more enjoyable are the photographs, reminiscent of my own camping days and duds. Dutton’s Dirty Diggers is a marvelous snapshot in time, one that brought back golden memories for sure.  —  Ann Ronald

Also available by Catherine S. Fowler: The Great Basin (with Don D. Fowler); In The Shadow of Fox Peak; 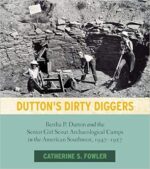 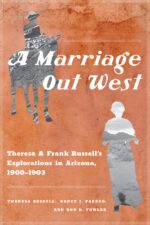 Ann Ronald is a retired English professor from the University of Nevada, Reno. Author of dozens of reviews, she’s also written a number of books about the American West. They include literary studies such as The New West of Edward Abby and Reader of the Purple Sage, cultural studies such as GhostWest and Oh, Give Me a Home, and nature writing such as Earthtones: A Nevada Album. Her latest is a work of fiction, Friendly Fallout 1953. Since retiring, she’s been reading vociferously, so “Bookin’ With Sunny” is giving her a wonderful opportunity to share thoughts about her favorite new discoveries.
More from this reviewer
PrevComanches The History of a People
The Forgotten RoomNext