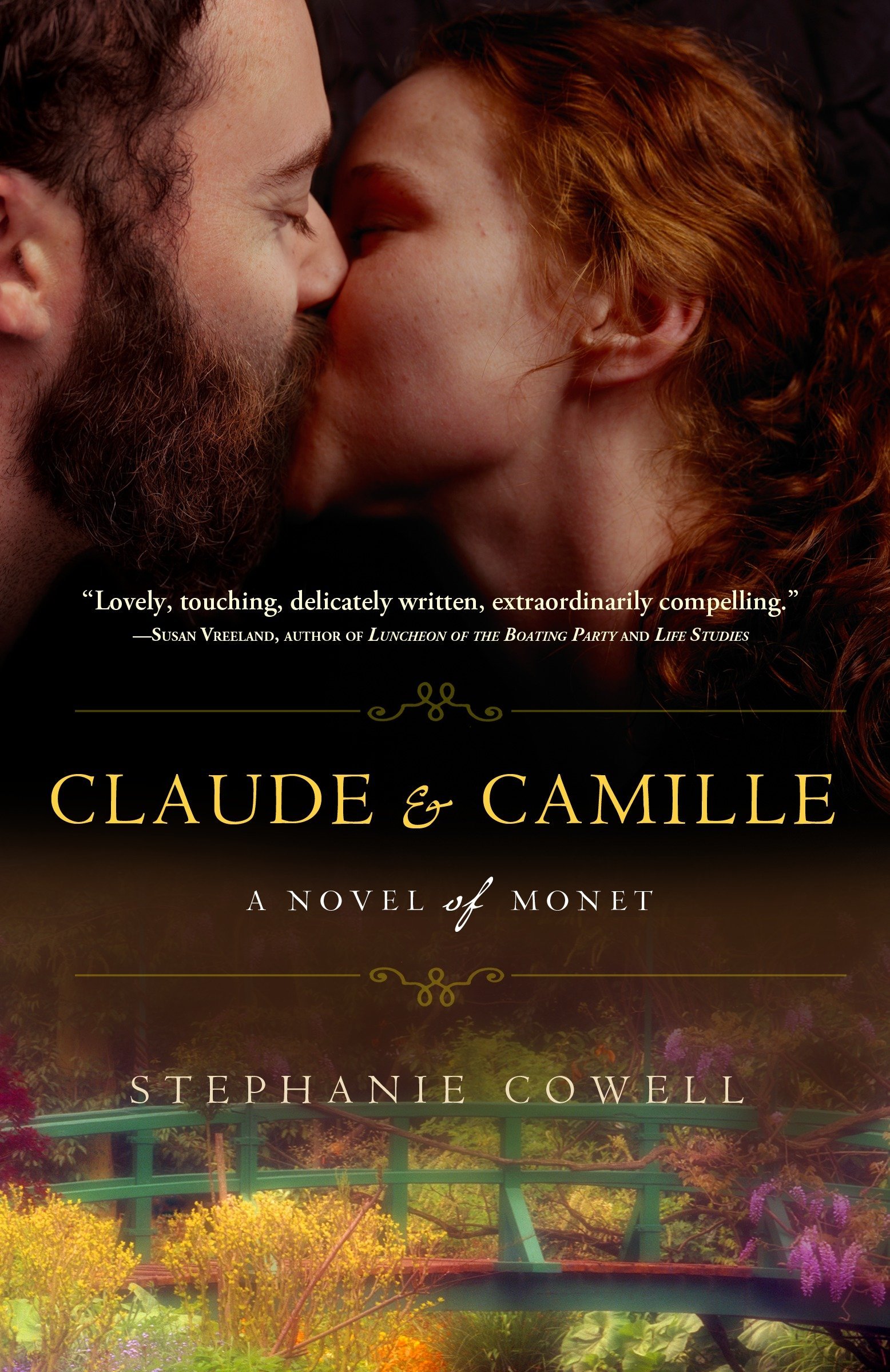 Claude & Camille A Novel of Monet

Today, if one hears the name of the artist Claude Monet, a picture of a Japanese bridge crossing a garden pond filled with water lilies comes to mind, not the self-serving, ego-driven man depicted in Stephanie Cowell’s novel Claude & Camille. Just as Monet was compelled to create a telling light in his paintings, Cowell seeks to turn a realistic, yet sympathetic light on the life of Claude Monet and his relationship with Camille Doncieux, his model, mistress and wife.

The biographical novel can be a tricky endeavor for the best of writers, but judging from the “Historical Notes” included at the end of the book and Cowell’s strong narrative voice, Claude & Camille is not only a rich and rewarding novel of the tortuous love between Claude and Camille, but a most enlightening history of the Impressionist movement. For those of us who were in the Bay Area between April and July of 1986, and lucky enough to have attended the exhibit of The New Painting Impressionism 1874-1886, at the de Young Memorial Museum, this novel will make you wish for a second visit.

The story begins with a mystery. The year is 1908, the place, Giverny, and Monet is reading a letter from Camille’s sister Annette, a letter in which he is accused of being responsible for Camille’s death in 1879. From brief moments in Giverny, toward the end of Monet’s life, the story runs swiftly back to Monet’s life as a young artist, a life which in the last half of the nineteenth century is not nearly as romantic as depicted in his 1865 “Luncheon on the Grass.” Cowell makes use of these Giverny moments in her novelization of Monet’s life. They are generous reminders of Monet’s more mature years as caring man.  In reality, as depicted by Cowell, young Monet, Renoir, Pissarro, Bazille and Manet, are perfect images of the starving artist. If not supported by their families or patrons, they took jobs where they could find them, often sharing apartments, meals and debts. Monet had scant help from his father and refused almost all offers of work, regardless of obligations. Claude & Camille also gives an intimate introduction to a group of young and unrecognized artists whose work we know today like the backs of our hands.

From the moment Monet first sees Camille until he actually meets her several years later, we know a great love story is about to begin. She is very young, beautiful and headstrong. She looks for a means to escape her family’s expectations and almost immediately recognizes Monet as her way out. Theirs is a relationship with only brief respites from upheaval. Monet paints most successfully when outside and by himself, but Camille is plagued by periods of deep depression. When money is scarcest Monet will abandon Camille to the care of her sister or friends or herself while he returns to Le Havre and the seascapes of his youth.

Cowell succeeds in depicting two equally flawed characters with enough honesty and empathy that the reader, always with the foreknowledge of Monet’s ultimate success, cares deeply. Claude & Camille is best read with a book of Monet’s paintings nearby.     — Sunny Solomon

Also available by Cowell: Marrying Mozart; The Players: A Novel of the Young Shakespeare; Nicholas Cooke; The Physician of London. 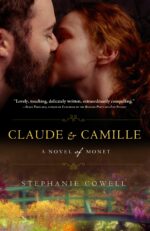 Sunny Solomon holds an MA in English/Creative Writing, San Francisco State University. She is a book reviewer for “The Clayton Pioneer” and her poetry and other writing has been published in literary journals, one chapbook, In the Company of Hope and the collection, Six Poets Sixty-six Poems. She was the happy manager of Bonanza Books, Clayton, CA and Clayton Books, Clayton, CA. She continues to moderate a thriving book club that survived the closure of the store from which it began. Sunny currently lives next to the Truckee in Reno, NV.
More from this reviewer
PrevThe House on Mango Street
Bad IndiansNext