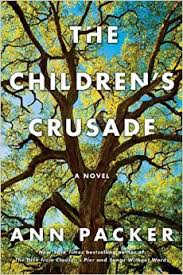 Shrewd and subtle are two adjectives I would use to describe Ann Packer’s novel, The Children’s Crusade, which traces several decades of dysfunctional California family life. Her subject matter could easily be treated with a heavy hand, but Packer resists the obvious. Instead, she writes with understated deftness. I often find that familial angst novels tend to be shallow and superficial, or belabor the obvious, but I’m quite enthusiastic about The Children’s Crusade’s complexity and depth. It is a very good read!

The story follows the Blairs, after Bill Blair moves to California in 1954. He falls in love with the landscape, buys foothills property above what will become Silicon Valley, and marries Penny Greenway. Together they raise four children, more or less. Their parenting styles distinctly differ. I would describe Bill, a physician, as a very ‘hands on’ parent, whereas Penny would prefer to isolate herself from family affairs. How do the children react? The answer is at the heart of The Children’s Crusade.

Getting to that heart is the structural strength of the novel. Packer’s design enables her to move among six quite different personalities at several key moments in their lives. She devotes one chapter to each of the four children, now in their late thirties and early forties. Robert, the oldest, is a successful physician like his father. Next is Rebecca, a psychiatrist. Then Ryan, a sensitive soul who teaches at the private alternative school he attended as a child. All three seem to be happily married and seem to have successful lives. The youngest sibling is James, unmarried and itinerant, who arrives unannounced on his siblings’ collective doorsteps. His sudden motivation is his desire to cash in on the family property.

Packer intersperses these four present-day perspectives with retrospective chapters recounting incidents from the past. Each highlights a pivotal moment in family life, beginning when the children are quite small and continuing until they are college age. The author is careful, however, never to draw any blatant lines from childhood conduct to adult behavior. She never indulges in any pop-psych introspection. She just lays out a series of historic vignettes and lets the reader connect the dots with the present. The links are subtle; the links are shrewd; Packer trusts her readers to read between the lines.

The novel’s title is subtle and shrewd, too. From the very first, the children recognize Penny’s withdrawal from the process of mothering. A children’s crusade, they decide, might solve her distancing. Together, they’ll think of something, anything, to draw their mother back into family life. Too many children and a case of post-partum depression is the easy diagnosis for what is going on in Penny’s head, but the four siblings don’t know that and The Children’s Crusade never resorts to buzz words. The damage that Penny’s actions—or inactions—inflict on her children is inscribed with great finesse.

What ties the Blair family together for decades is the precious acreage above Silicon Valley. The touchstone for the novel’s interactions, it cannot be sold unless two of Bill’s five heirs agree to sell the property. Until James’s unexpected arrival, the issue had been moot. All at once, the children’s crusade broadens in scope, taking on very adult dimensions. And thus The Children’s Crusade, a highly successful narrative exploration of sibling disjunctions and family ties. – Ann Ronald

Also available by Ann Packer: The Dive from Clausen’s Pier; Swim Back to Me; Songs Without Words; Mendocino and Other Stories. 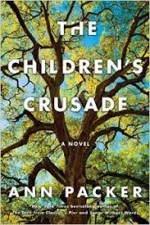 Ann Ronald is a retired English professor from the University of Nevada, Reno. Author of dozens of reviews, she’s also written a number of books about the American West. They include literary studies such as The New West of Edward Abby and Reader of the Purple Sage, cultural studies such as GhostWest and Oh, Give Me a Home, and nature writing such as Earthtones: A Nevada Album. Her latest is a work of fiction, Friendly Fallout 1953. Since retiring, she’s been reading vociferously, so “Bookin’ With Sunny” is giving her a wonderful opportunity to share thoughts about her favorite new discoveries.
More from this reviewer
PrevFields of Blood
Brown Girl DreamingNext