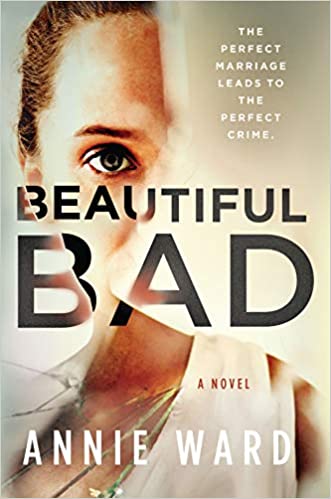 Beautiful Bad, the oxymoronic title of Annie Ward’s savagely violent novel, sums up the action precisely. Beautiful people doing bad things, beautiful prose describing bad pain, beautiful scenes turning into bad nightmares. The title of the second chapter, “Day of the Killing,” tells the reader what to expect. It opens with a 911 call, a shrieking child, a woman moaning “Oh my God” and then desperately shouting “No!” The phone goes dead; the police are on their way. A policewoman is first on the scene. When no one answers her knock, she peers in a window and sees fresh blood-spattered in horrific pools of red. Obviously, something very bad has happened in this beautiful suburban home.

The remainder of Beautiful Bad shifts between a distant past when Maddie and Ian Wilson first met and were falling in love, a more immediate past consuming the weeks preceding the fateful 911 call, and the day of reckoning that led to the spilling of so much blood. For most of the novel, the reader does not know what exactly happened at 2240 Lincoln in Sweet Water Creek, a development an hour away from Kansas City. Until the final chapters, the reader can only speculate, can only extrapolate from the interactions that happened years and then days before.

After college, where they specialized in Slovak languages, Maddie and her best friend Jo go looking for adventure. Maddie is teaching English in Bulgaria, while Jo is aiding refugee camps in nearby Macedonia. Maddie often visits Jo, and the two especially enjoy living on the edge, barhopping, carousing, drinking, always drinking, and sleeping around. At one party, they meet Ian and some of his friends, British soldiers who guard the local embassy and protect the British ambassador. Amorous sparks fly, although Ian already has a girlfriend elsewhere, Fiona, another beautiful woman with amazingly bad karma. Each of these key figures—Maddie, Jo, Ian, Fiona—is somehow damaged even before Beautiful Bad begins, and Ward’s narrative only increases their potentials for ruin.

Many readers, I fear, will begin turning the pages of this book and decide the bad outweighs the beautiful, for this is an excruciating novel to read. It’s well-written, though, with in-depth characterizations, fascinating people walking headlong into situations that soon spiral out of control. There is a reason for such intemperate behavior, however, a reason that adds real wisdom to Beautiful Bad. At its heart, this is a very astute novel about post-traumatic stress disorder, PTSD. Ian’s plight is the most apparent. After his stint in the military, he becomes a soldier of fortune, a mercenary guarding whoever, wherever in dangerous parts of the world. Maddie is accidentally damaged, too, while Fiona clearly is bipolar. Meanwhile, Jo is just plain difficult, moody, and erratic. If the policewoman’s initial assessment is correct, the mix of Ian with Maddie, Jo, Fiona, and way too much booze, will prove to be fatal.

Ward handles this painful syndrome with intuition and finesse. In some ways, Beautiful Bad is almost a textbook analysis of PTSD, written with a humanity that I found persuasive and smart. Even so, when I finished reading this novel, I wasn’t sure I wanted to recommend it to “Bookin’ with Sunny” readers. Its darkness is overwhelming.  I decided, however, that readers interested in PTSD will learn subtleties that textbooks and newspaper articles cannot express. These characters are intriguing. How their fates intertwine is absolutely fascinating. I can’t say I enjoyed reading Beautiful Bad, but I’m glad I did. In sum, both beautiful and bad, for readers inclined to appreciate oxymorons.  –  Ann Ronald

Also available by Annie Ward: The Making of June. 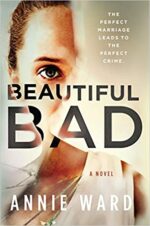 Ann Ronald is a retired English professor from the University of Nevada, Reno. Author of dozens of reviews, she’s also written a number of books about the American West. They include literary studies such as The New West of Edward Abby and Reader of the Purple Sage, cultural studies such as GhostWest and Oh, Give Me a Home, and nature writing such as Earthtones: A Nevada Album. Her latest is a work of fiction, Friendly Fallout 1953. Since retiring, she’s been reading vociferously, so “Bookin’ With Sunny” is giving her a wonderful opportunity to share thoughts about her favorite new discoveries.
More from this reviewer
PrevPax
On The First Day of Holiday Giving – Neal’s Books For The Guys in Your LifeNext