Home » Reviews » The Art of Misdiagnosis: Surviving My Mother’s Suicide

The Art of Misdiagnosis: Surviving My Mother’s Suicide 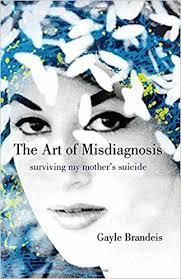 THE ART OF MISDIAGNOSIS: SURVIVING MY MOTHER’S SUICIDE

In The Art of Misdiagnosis, Gayle Brandeis strives to solve the mystery of her mother’s suicide and make sense of her family’s complex relationship with illness—her mother Arlene’s undiagnosed mental health challenges as well as her family’s history of symptoms, illnesses, diagnoses, and misdiagnoses—both real and feigned. It is a journey complicated by the proximity of her son’s birth and her mother’s fatal unraveling: “After my mom hangs herself, I become Nancy Drew. I am looking for clues, for evidence. Answers…. I wrap my new baby to my chest with a bolt of green fabric—my baby born exactly one week before my mom’s death—and recommence the dig.” Brandeis shares her journey of discovery through a braided narrative that allows readers to feel like they are piecing the story together alongside Brandeis, attempting to complete a fragmented mosaic of family love and dysfunction, after hearing testimony from three different viewpoints.

In the first strand, Brandeis composes journal-like entries, written in the present-tense, that provide a close-up, intimate view of the events from November 9th, 2009 (shortly before the baby’s birth) onward. This narrative vein provides a sense of urgency and dramatic tension that fills the reader with concern as the family searches for Arlene, who manages to stay one step ahead of them as she tries to escape imagined foes conspiring against her. It is also through these entries that we grieve with Brandeis after Arlene’s body is discovered and struggle with her as she reconstructs her life as a suicide survivor.

The second thread fills in the emotional complexity of the family’s relationship to illness in the form of letters Brandeis writes to her mother, post-mortem, as a way to process the loss. These letters often have a confessional tone, with honesty and emotions Brandeis didn’t feel comfortable sharing while her mother was alive. As we eavesdrop in on these intimate moments, we see the family’s relationship with illness form, and then morph into dysfunction. As Brandeis struggles to communicate difficult truths to her mother through these letters, readers begin to piece together a past filled with secrets and silences, real illnesses and the psychological adaptations (and maladaptations) that accompany them.

For Brandeis, this history begins at age thirteen, when she has digestive problems that are labeled, at various times in her life, “irritable bowel syndrome,” “Crohn’s disease,” and “porphyria.” Though her physical illness is often painful, inconvenient, and embarrassing, Brandeis finds there is a positive side to her “Sick Girl” identity—attention and sympathy from both adults and peers. In turn, Arlene embraces the role of heroic mother, “the story of herself as the heroic crusader, the warrior martyr of a mother who stood up to the big bad medical establishment.” But when Brandeis begins to improve she doesn’t know how to adapt to her newfound health. So she doesn’t. She fabricates new symptoms in an elaborate ruse to retain her Sick Girl moniker.

The third strand of the narrative provides a glimpse into Arlene’s mindset, or at least into the public persona she presents in her nearly completed, self-inspired and self-made documentary, The Art of Misdiagnosis, a title Brandeis later adopts for her memoir. Interspersed between the present-tense chapters illustrating the time from November 2009 forward and the letters from Brandeis to her deceased mother filling in the backstory, are transcript snippets from Arlene’s never released documentary. It is in these segments that Arlene comes alive, and we see her passion for art alongside her continued quest to battle the medical establishment, fighting what she claims are the frequent misdiagnoses of certain rare diseases, especially Ehlers-Danlos Syndrome and Acute Porphyrias—diseases that she believes had adverse effects on her own family. While Arlene’s passion is compelling, the documentary presents a sad irony—Arlene’s hyper-awareness of physical symptoms juxtaposed with her inability to recognize, not only her own delusional symptoms but also the truth in her daughters’ illnesses.

Award-winning novelist and poet Gayle Brandeis combines her storytelling finesse with courageously raw personal disclosures in her debut memoir, The Art of Misdiagnosis. A master of sensory description, Brandeis shares vivid physical sensations that range from childbirth to illness to grief with an intimacy and honesty that invites deep empathy. Although the dramatic tension ebbs when Arlene’s body is discovered, the latter part of the book is compelling for Brandeis’ psychological struggle to reconstruct her own life following her mother’s suicide. Overall, this is a story about how families sometimes create their own narratives of illness and health as well as how one woman bravely stepped back to reexamine her own history in an attempt at forgiveness and healing.   – Lisa Peterson

Also available by Gayle Brandeis: Fruitflesh: Seeds of Inspiration for Women Who Write; The Book of Dead Birds; Self Storage; My Life with the Lincolns; Delta Girls; Magnolia, A Journal of Women’s Literature. 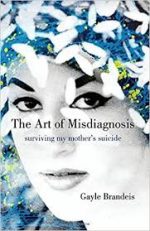 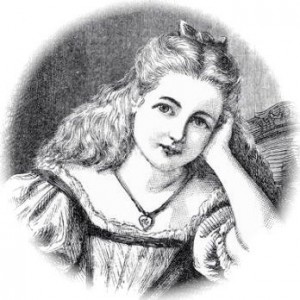