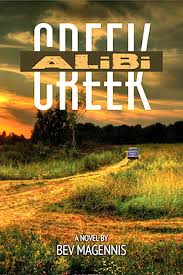 Bev Magennis’s knack for characterization makes the men and women of Alibi Creek sound like real denizens of the American West. She sets her novel in a rural corner of New Mexico, where most of the land belongs to the federal government and where only a few families still raise cattle and alfalfa. The relative isolation means that most of the residents have known each other for years. The time frame is 2007. While those residents of Dax County may have four-wheel drive pickup trucks, watch television, and use computers, they still exist in a very circumscribed world.

The story of Alibi Creek revolves around a single family, and much of that story is told through the eyes of Lee Ann, whose relationships with the other characters—her mother, her brothers, her husband, her sons—dictates the course of the action. A pious woman, Lee Ann has always trusted God to direct her life, believing that He is watching over her and those she loves. The first part of the novel actually inserts biblical verses alongside her thoughts, as she relies on her religious upbringing to guide her through trying times.

Trying times come in the guise of her younger brother, Walker, freshly released from prison, home now to undertake yet another illegal, get-rich-quick scheme. Magennis perfectly captures Walker’s ne’er-do-well, devil-may-care personality, his inability to control either his thoughts or his actions. “Here we go,” Le Ann painfully realizes. “Nothing has changed. Still a brat. Still impossible. Doesn’t try, doesn’t care, can’t focus, won’t listen, selfish, selfish, selfish!” Their mother, a stroke victim and obviously an enabler in her younger days, watches silently from her chair.

Lee Ann’s husband is less-than-impressed by Walker’s antics. As the novel progresses, he grows increasingly annoyed, increasingly frustrated, increasingly taciturn. The ranch, after all, belongs to Lee Ann and Walker, not to him, yet he is responsible for its maintenance and its profitability.  Even her sons are not his, as he and Lee Ann married when the boys were small. Nonetheless, he loves them. And in typical twenty-first century fashion, one son deeply loves the ranch and all the hard work that goes into it, while the other’s passions are botany and biology, not horses and cows. Dee wants to get married and settle down; college is the focus for Scott.

Not only are these characters well-delineated, but their interactions are deftly drawn. How Lee Ann negotiates her brother’s foibles, not as the predictable big sister repeating old patterns, but as a thoughtful, grown-up wife and mother, is the gist of Alibi Creek. Another problem confronts her, too. For twenty years she has been the county manager, looking the other way when the elected country commissioners approved shady contracts for friends and relatives and occasionally mishandled government funds. Now a federal windfall has brought millions of dollars. Should Lee Ann cover for the commissioners one more time, or should she be a whistle-blower?  One more dilemma, as she struggles to figure out what to do about her brother, lazy, corrupt, and headed for another fall.

I hope I’ve tantalized potential readers. Lee Ann is charmingly naïve, all heart and foolishly loyal. Her brother is the opposite, impulsive and unpredictable. Both are worth following through the pages of Alibi Creek. Their outcomes, well-deserved. – Ann Ronald 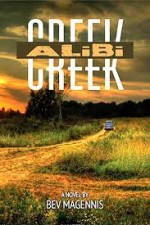 Ann Ronald is a retired English professor from the University of Nevada, Reno. Author of dozens of reviews, she’s also written a number of books about the American West. They include literary studies such as The New West of Edward Abby and Reader of the Purple Sage, cultural studies such as GhostWest and Oh, Give Me a Home, and nature writing such as Earthtones: A Nevada Album. Her latest is a work of fiction, Friendly Fallout 1953. Since retiring, she’s been reading vociferously, so “Bookin’ With Sunny” is giving her a wonderful opportunity to share thoughts about her favorite new discoveries.
More from this reviewer
PrevLazaretto
SomeoneNext