A Race to Splender 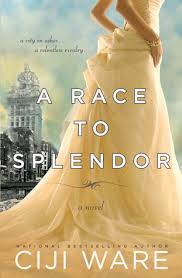 A Race to Splendor

Historical romances tend to follow a predictable formula. Set at some crucial moment in the past, the story centers on a vulnerable woman who is unfortunately attracted to a rakish, inappropriate man. After many flirtations and flagrant misunderstandings, after events conspire to throw them together and then tear them apart, their love prevails and (the reader assumes) the couple lives happily ever after. Trite, yes, but often utterly appealing.

Such is the fun in reading Ciji Ware’s novel about the 1906 San Francisco earthquake and the year of rebuilding that followed that city’s devastation. Ware, however, tweaks the romance formula in several important ways. First, she designs her heroine as a doppelgänger to a genuine historic figure. Julia Morgan, the first woman to graduate from the University of California in engineering and the first woman to graduate from Paris’s Ecole des Beaux-Arts, designed and provided oversight for the reconstruction of the Fairmont Hotel after the earthquake nearly destroyed it. Ware includes Morgan in her story, but invents a companion woman architect, Amelia Bradshaw, who will provide the same creative architectural engineering to another leveled Nob Hill edifice, another partially ruined hotel.

Amelia’s employer (the ostensible owner of that hotel) is of course a handsome raconteur, and of course the attraction between the two grows throughout the novel. Ware has done her homework, first sharing actual moments from the earthquake itself, and then tracing the difficulties faced by the citizens of San Francisco. The politics, the manipulations of goods and services, even the plights of the Chinese residents are all replicated in finely researched detail. Even though I could read between the lines and guess the outcome of the plot, I still enjoyed the living history. Some of that history I already knew; other aspects, like the architectural conundrums and solutions, were utterly new.

In true romance fashion, the characters were predictable, but delightfully so. If anything, Amelia operates slightly outside the formulaic box. Committed to her career, independent to a fault, a woman perhaps a hundred years ahead of her time, Amelia stretches the narrow confines of many romantic heroines. J. D. Thayer, too, displays more complexities than many attendant heroes. In some ways, their interactions seem more plausibly twenty-first century than early twentieth characters, but that makes their story all the more timely for today’s reader.

Great literature? Not in the philosophical sense of the word. But a delightful escapist read? Absolutely! Plus, a real plus, an opportunity to learn more about reconstruction after the 1906 San Francisco earthquake. – Ann Ronald

Also available by Ciji Ware: Rightsizing Your Life; A Light on the Veranda; Midnight on Julia Street; A Cottage by the Sea; Wicked Company;That Winter in Venice; The Ring of Kerry Hannigan; That Autumn in Edinburg; That Summer in Cornwall; Island of the Swans. 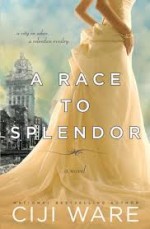 Ann Ronald is a retired English professor from the University of Nevada, Reno. Author of dozens of reviews, she’s also written a number of books about the American West. They include literary studies such as The New West of Edward Abby and Reader of the Purple Sage, cultural studies such as GhostWest and Oh, Give Me a Home, and nature writing such as Earthtones: A Nevada Album. Her latest is a work of fiction, Friendly Fallout 1953. Since retiring, she’s been reading vociferously, so “Bookin’ With Sunny” is giving her a wonderful opportunity to share thoughts about her favorite new discoveries.
More from this reviewer
PrevMiss Timmins’ School for Girls
A Cafecito StoryNext