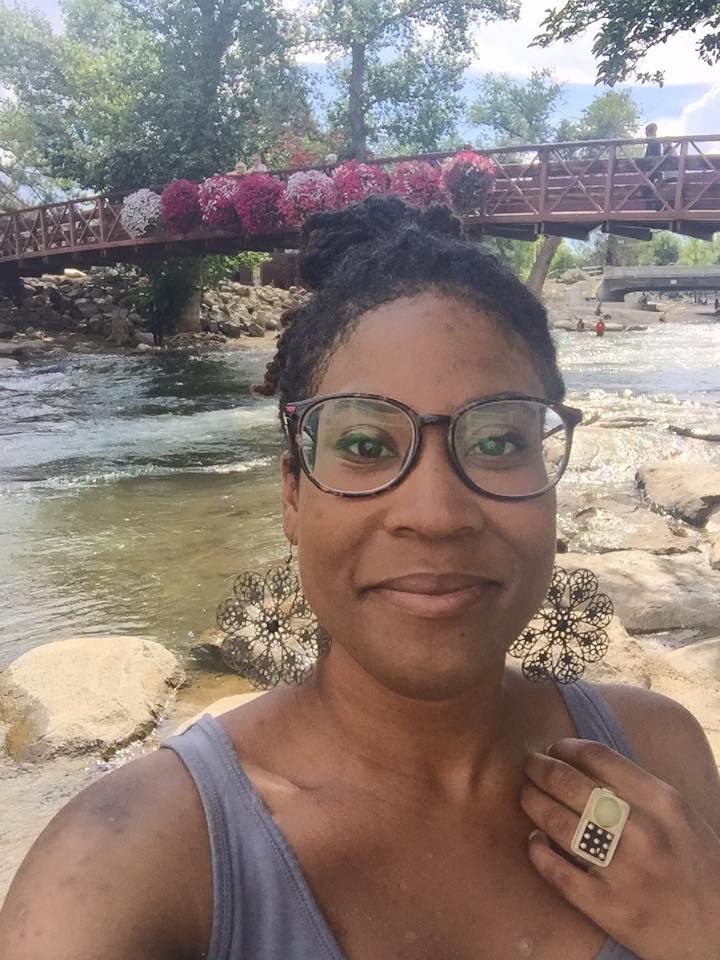 As the news broke about the successful fundraising of the Well-Read Black Girl Conference and Festival to be held on September 9, 2017, a friend posed the question:  “Are you thinking of going?”

I was conflicted. Well…. it would be nice…

Of course not!    It’s in freaking New York of all places, and I ain’t got that kind of money!

But the question remained in the back of my mind: Are you thinking of going?

It was sort of last-minute, but I was thinking about it. At that time, in addition to money and school stress, I was overwhelmed by what was happening across our country, and I didn’t feel like I was surrounded by people who understood my perspective. I thought being around other black women would help my feelings of isolation.

At about that same time, someone asked me a new question: “What can we do to help?” Then I remembered the first question:

Are you thinking of going?

No, I wasn’t thinking of going. I was going.

I had only three weeks to raise the funds, and I knew it would take every single one of them. I had never successfully fundraised before, but now I would have to. I went to each of my corners of the web: Facebook, Twitter, Instagram, Tumblr. I called family members and posted Paypal and Cash App links every other day.  If you want to help someone who has been marginalized by white supremacy, I wrote, you can help me with this opportunity of a lifetime.

Donations arrived right up to the weekend of my departure.

My departure from the Reno/Lake Tahoe International Airport was quiet and uneventful, but during my layover in Denver, I reminded myself that these two flights to the conference in New York would provide a litmus test as to whether or not I could fly even longer-distance someday to another event, like maybe in Ireland where I have always wanted to visit. If I found myself anxious or panicking today, there is no way I would make it to Ireland. Today’s flights would be practice for the future. Yep. I was thinking about Ireland even on my way to New York. I’ve always had trouble staying present.

But when I recognized the Statue of Liberty below as we flew into LaGuardia, I had no trouble forgetting everything I was worried about.

That feeling was quickly zapped when I got into an Uber after landing and headed to the Airbnb where I would be staying. I’d forgotten how New Yorkers’ drive. Erractically, only avoiding misfortune as if by luck. And that day they were very, very lucky.

I have never stayed alone in any city- except Reno, where I live. Having a luxurious Airbnb space to myself (the hosts didn’t live there) seemed unreal.

On foot, I circled the blocks in Bedford-Stuyvesant, stopping briefly in a restaurant for dinner, then continued on, walking a path into my memory. Back at my Airbnb, I recorded a few videos, decided to skip out on my homework, and set my alarm for 8:00 a.m.

As soon as the alarm went off, I began working out my plans to the see the Brooklyn Bridge from its adjacent park. But breakfast first to prepare me for another wild Uber ride to the bridge’s park. I didn’t have time to walk the bridge itself, but I knew I could at least stop at the park on my way to the conference in Brooklyn. That would mean two Uber rides.

Standing in front of the Brooklyn Bridge didn’t feel like fall, it felt more like spring. Of course, this was a new beginning for me, even though I didn’t fully grasp it then. I took a video, awkwardly narrating to myself the way famous online vloggers have done. And then for the second wild Uber ride.  I really hoped I wouldn’t die before getting to the conference and the chance to experience being in a room with tons of other black women. Dying after would be okay.

When I walked into BRIC (the venue), we were all Well-Read Black Girls. In my post-check-in haste to grab every single piece of conference merchandise I could afford, I struck up a conversation with another attendee who shared a similar goal: GET THE MERCHANDISE BEFORE IT’S GONE.

The conference began with welcoming remarks and was followed by a Fireside Chat. I was shocked to see that my fellow shopper was the author Tayari Jones who

was being interviewed by Rebecca Carroll about Tayari’s novel An American Marriage. As for my lack of awareness or awkwardness, I would not be this fortunate again.

All of us were in one accord about the difficulties and triumphs we face as black women writers and readers.

WRITING AS SELF-CARE, the first panel I attended, bridged the dichotomies of reality: sometimes writing was healing, and sometimes it was painful. But it was always necessary. The work had to be done, and we were the ones to do it.

At some point in the day, a staff member requested to do a video interview of me, so I obliged, forgetting that I’m not the best at speaking (I’m much better at writing). The question was, “What does being a well-read black girl mean to you?” If I had to do it again, I’d say something different, something like “It means that to be literary does not exclude me because I am a black woman. It means that I can have an interest in a wide variety of literature, which will directly influence my writing. I am not boxed into only narratives of slavery and civil rights. I do not have to write in the same genres I love to read. My blackness does not negate my ability to read critically and to form a nuanced opinion of the world around me.”

Of course, I said none of that.

I’d brought books for Jacqueline Woodson to sign, so when she appeared at the first panel, not as a panelist, but as an audience member with a question, I bided my time and spoke to her afterward. Although she was very kind and I thanked her profusely, the feeling of awkwardness found me again, I shook it off.

WRITING AS POLITICAL RESISTANCE, another panel I attended, encouraged us to make new paths for ourselves. The panelists spoke of the importance of writing not just for today, but the future we envision as black women. We were mobilized to do that work and write through our fear. We were encouraged not to give up, to lean on our support networks and each other. We were reminded that we were already resisting, as there had never been a gathering such ours before.

During the final panel, REST IN BEATS: Beats, Reverence, and Legacy, I was reminded that I wasn’t from Brooklyn as I watched women who were unable to stay to the end of the conference, hurry home, or off to other commitments. My time was not up yet.

I joined a group of women congratulating Glory Edim, the founder of Well-Read Black Girl, for the success of the event, and I set out to say one last thing.  I steeled myself to say it as clearly and succinctly as necessary: “I came here from Reno, Nevada. I’ve been having a hard time lately, but I wanted to come to this conference since there isn’t a large black artist community in my city. Your event really encouraged me as a reader and writer. Thank you for that.”

My apprehension left me, for good.

Back at the Airbnb, emotionally full and exhausted, I ordered dinner in my room, then finished my homework for the week.
It was over.

I checked out of my Airbnb in a panic, hoping I wouldn’t miss my flight. Unlike LaGuardia, I hadn’t realized how enormous JFK Airport was, and I had places to be that Sunday evening. Places in Reno, not New York.

I was actually early.

The trip back was uneventful, save for a screaming child and an unapologetic mother on the first four-hour leg. But the mimosa at breakfast, and the quiet, childless flight from Phoenix to Reno, made for a divine apology. I accepted.

This is the first time in a very long time that I’ve sat down and written about my own life. Not for money, or a review, or any academic endeavor. I am writing because I am a Well-Read Black Girl and it is my responsibility to say how attending the conference affected me.

I’d forgotten that my voice is important. I won’t forget again.

Are you thinking of going?