Home » This 'N That » Todd Borg Calendar of Events 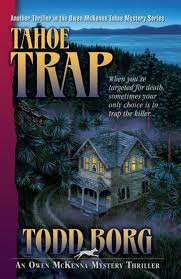 Don’t miss the chance to meet Lake Tahoe author Todd Borg. Here’s his schedule and a thumbs up for his latest, Tahoe Trap.

For all you readers who live out of the area, what better reason to head up to the Sierra!