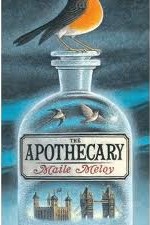 THREE BY MELOY: THE APOTHECARY – THE APPRENTICES – THE AFTER-ROOM

I’m going out on a limb with this review. The three novels, The Apothecary, The Apprentices, and most recent, The After-Room, offer consistently well-written stories about two engaging and bright young characters any reader of any age should find worthy to hang out with. Summer is almost around the corner, and I’m a firm believer in family reading. This series of books would be a terrific addition to any family’s summer read stash.

The first novel, The Apothecary introduces fourteen-year-old Janie Scott and another teen, Benjamin Burrows, the son of a British apothecary. At the core of all three stories is the apothecary’s ancient book, the Pharmacopoeia, a pharmaceutical storehouse of seriously imaginative possibilities. The year is 1952 when Mr. and Mrs. Scott, both Hollywood writers, take their daughter Janie and move to London, seeking refuge from The House Un-American Activities Committee. Meloy takes a significantly bad tasting piece of the American pie and serves it up with chemical mystery and high adventure in the Cold War years. It’s a not too distant history made new for both kids and parents. I first reviewed The Apothecary in 2011 and looked forward to reading The Apprentices. 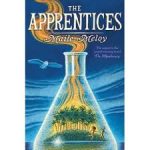 The Apprentices takes place when Janie Scott is sixteen-years-old and attending a private school back in the States. The teens had promised to stay in touch, but regular mail has been a dismal failure and they again turn to science to devise a means of mental and visual communication. While Janie works in her high school chemistry lab, Benjamin, too, is attempting to come up with a solution. Although Benjamin has Janie’s address, Janie only knows Benjamin is somewhere in war-torn Viet Nam with his father, the apothecary. Once again, science is a key factor and no matter how fantastical the adventures, on the strength of Meloy’s writing, the reader believes every turn and twist of the plot. The teens succeed just in time for world politics and the nuclear race to draw them together again. The budding romance between the two teens in Apothecary becomes more focused in Apprentices, but the story ends with the tragic death of the apothecary and Benjamin’s reluctant move to the U.S. to live with the Scotts. 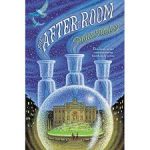 The magic and elixirs of Meloy’s novels heighten in the third book, The After-Room, a place where Benjamin tries to speak to his father who hasn’t fully inhabited the afterlife where his beloved wife (who died when Benjamin was young) awaits. The teens are back on the world scene where, in light of today’s headlines, the rising powers of China, North Korea, and the U.S. bring a chill to the reader. Although Meloy’s three novels belong to Janie and Benjamin, the youths are never far from a cast of characters, including parents, actors, scientists, a magician, teachers, a Mafioso, politicians and the military, who are supportive as well as dangerously threatening.

Meloy’s characters are so believable, and likable or not, whether they are changing their molecular makeup or outwitting those who want the mysteries contained in the Pharmacopoeia, the reader buys it all. The years in which the adventures take place give readers a foretaste of our twenty-first century. Meloy captures the heart and mind of maturing Janie and Benjamin, and her treatment of family relationships, death, fear, loyalty, and hope is sympathetically realistic. It’s Meloy’s creating characters of depth, in their strengths and weaknesses that has already caused me to reread the first two books.

Put all three on your “to read” list. I promise you won’t be disappointed.   –  Sunny Solomon

Also available by Maile Meloy: Half in Love; Liars and Saints; A Family Daughter; Both Ways is the Only way I Want It; Devotion; Do Not Become Alarmed.

Putnam has marketed these three novels for Young Readers and not Young Adult. Once again I am befuddled by publishers’ marketing methods. My guess is that because Meloy’s books are illustrated, they cannot be called Young Adult fiction. In today’s visually entrenched life of the Internet, such criteria seem ludicrous, especially because the art of Ian Schoenherr is so worth looking at. Oh, yes, none of the books contain actual sex, although we can assume, by the end of The After-Room, both Janie and Benjamin will get there eventually. And there is no swearing or the use of that other word which is also deeply entrenched in our children’s lives as well as our own. Again, ludicrous. Meloy’s novels are entertaining, evocative, and well-written. There ought to be a category reaching out to folks who appreciate good writing no matter how old or young.  I don’t hold an MBA but improve the marketing, and I believe the money will follow.  –  SS

Sunny Solomon holds an MA in English/Creative Writing, San Francisco State University. She is a book reviewer for “The Clayton Pioneer” and her poetry and other writing has been published in literary journals, one chapbook, In the Company of Hope and the collection, Six Poets Sixty-six Poems. She was the happy manager of Bonanza Books, Clayton, CA and Clayton Books, Clayton, CA. She continues to moderate a thriving book club that survived the closure of the store from which it began. Sunny currently lives next to the Truckee in Reno, NV.
More from this reviewer
PrevBorn a Crime
Thunder in the MountainsNext