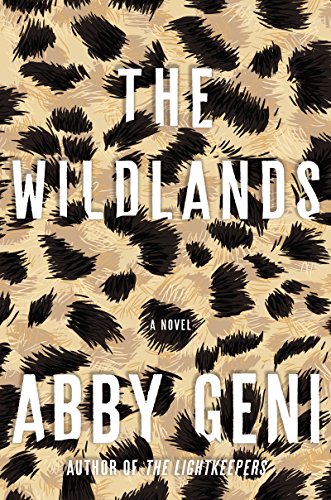 Every once in a while I read a book so stunning that I can’t find the words to write a review. Such is the case with Abby Geni’s novel, The Wildlands. From the initial pages, where a disastrous funnel cloud explodes through an Oklahoma community, until the epilogue, which puts the narrative motifs in final perspective, the prose pulses with an energy both pictorial and philosophical.

The Wildlands’ Category 5 tornado is especially devastating for the McCloud family. The storm levels their property and sweeps their father away. Since their mother died six years earlier, the remaining four McClouds now are orphans. Darlene, age eighteen, along with her sixteen-year-old brother Tucker, take responsibility for the welfare of their two younger sisters, Jane and Cora. At least Darlene is responsible; Tucker, moody, unreliable, and unpredictable, quarrels with her endlessly and finally disappears.

Three years later, he suddenly reappears under surprising circumstances. Wanted by the law, he persuades nine-year-old Cora to join him on the lam. Here is where The Wildlands spirals into the wildlands, “land that is uncultivated or unfit for cultivation,” a phrase their mother often used to characterize her idealistic, uncivilized son. That phrase applies to the terrain Tucker and Cora will travel through the remainder of the novel, but it applies equally well to the contaminated corners of Tucker’s mind. All too quickly, his evident madness draws the narrative into a maelstrom, a doppelganger of the tornado that surged through the opening scene.

Tucker, a vegetarian from the time he was five, has always had an affinity for animals. We learn that, during his absence, he worked for a time with an animal rights protest cell, where he honed his passions and adopted terrorist techniques, some sly, some quite violent. Now Tucker is on his own, with his unwitting accomplice Cora, ready to wreck havoc on a variety of unjust people and enterprises—chicken farmers, taxidermists, labs using animals for experimentation, zoos. As they travel from Oklahoma to California, Tucker intones mantras into Cora’s ears, telling and retelling stories of animal strata and human interferences. Reading Geni’s words is to be inside a disintegrating mind, the poetry of insanity colliding with a prosodic world, over and over again.

In counterpoint, The Wildlands retreats to Darlene’s pragmatic point of view. Frantic for her siblings’ safety, she nonetheless is a breath of sanity, working with the police, trying to get inside her absent brother’s imagination, seeking her own solutions for Cora’s safety. Darlene embraces her Sooner heritage, her genetic propensity to bring civilization to the wildlands of her brother’s escapades. In contrast to her brother, Darlene is stability personified.

I said at the outset that I was having trouble finding words to review The Wildlands. That’s true. I have neither the diction nor the syntactic skills that beat rhythmically throughout this novel, echoing the unexpected events that occur. I also am finding it difficult to articulate the complicated philosophical overlay that accompanies The Wildlands. Tucker’s linguistic riffs on the nature of man’s relationships with animals are intensely brilliant, while innocent Cora is a sounding board of brain-washed sanity and love. Darlene plays a thoughtful role, too, gauging her brother’s untethered wildness while keeping her feet firmly planted in Sooner dirt.

I also said at the outset that The Wildlands is stunning. When I finished reading it, I simply stared out the window. At a tornado-less sky, to be sure, but still feeling the storm clouds, the cyclonic winds, the torrential rains, the violence tempered by love, that twist and turn through Geni’s spinning, topsy-turvy world. One of the best books I’ve read for “Bookin’ with Sunny,” one I won’t soon forget.   – Ann Ronald 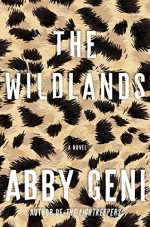 Ann Ronald is a retired English professor from the University of Nevada, Reno. Author of dozens of reviews, she’s also written a number of books about the American West. They include literary studies such as The New West of Edward Abby and Reader of the Purple Sage, cultural studies such as GhostWest and Oh, Give Me a Home, and nature writing such as Earthtones: A Nevada Album. Her latest is a work of fiction, Friendly Fallout 1953. Since retiring, she’s been reading vociferously, so “Bookin’ With Sunny” is giving her a wonderful opportunity to share thoughts about her favorite new discoveries.
More from this reviewer
PrevThe Bonanza King
Good Rosie!Next