Home » Reviews » The Song is You

The Song is You 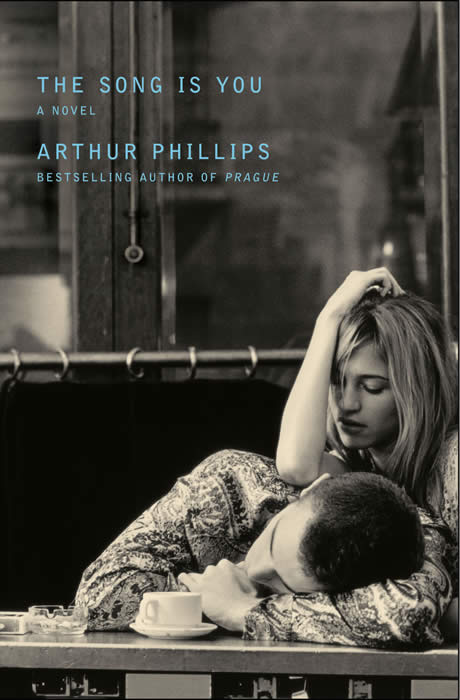 How can a novel make you feel old and nostalgically young at the same time? Pick up Arthur Phillips’ The Song is You and you’ll see. Of course, that’s probably only true if the reader is over fifty. For everyone else, Phillips has written a very modern, bright, funny and complex story of Julian Donahue, a New York producer of film and photography (sexy television ads) who tries to make sense out of a failed marriage, the death of a child, and now his obsession with a young beautiful singer.

There are echoes of Lolita as well as scenes right out of the Marx Brothers. Phillips writes with unique insight, such as when the womanizing Julian finds out his wife is pregnant and for the first time he becomes a loving husband: “He had never expected to be an elderly philanderer. He had always thought loyalty would win out, and when it did, with a small black and silver ultrasound photo, Julian looked at passing women with a feeling of gratitude and a fond, regretless farewell.”

He believed his wife, Rachel, “never knew of his delayed arrival in the marriage.”

What binds the facets of Julian’s life is music, beginning with his father’s request to Billie Holiday for “I Cover the Waterfront.” The song was sung and his own voice captured on the live recording which became a treasured item in his father’s life. Songs can nail us to a specific time in our lives, a specific event and certainly a specific person

Julian’s life is a mess, but like his father, he finds solace in music: jazz, pop, rock and just about everything else that can be downloaded to his iPod.

One snowy, winter night Julian wanders into a club where he first hears Cait O’Dwyer, a local singer, and her band. Julian feels old among the youthfully enthusiastic crowd, but stays for a drink then buys a demo CD before going home. Cait O’Dwyer is Julian’s Billie Holiday.

So now we have the older man besotted by an Irish lass who “sang with her eyes closed” just as Billie Holiday sang for his father. Julian becomes obsessed with the young singer. He frequents the club, always staying in the darkest corner, not wanting to be seen, but with his producer’s eye, not missing anything about Cait’s performance and her obvious potential. One night he writes short notes about her performance on bar coasters before leaving. The bartender gives the remarks to Cait.I don’t want to give the plot away, but Julian comes close to stalking the young singer through e-mails, websites, blogs, and even photographing her unaware, all the while downloading every new song onto his iPod. Cait playfully responds, subtly makes contact with Julian by following his advice in her act, even writing a song based on one of his notes. She too, makes use of e-mails, phones and even a key under the mat.

Julian pursues Cait from New York to Europe, with each electronic encounter, plans are suggested, messages given, and both go to impossible extremes to meet. Phillips’ storytelling prowess is evident in the O. Henryian result of the last and final attempt of the lovers to meet. Julian’s obsession is subject to the intrusion of his estranged wife, his doting older brother, memories of his father, and the near haunting of his son, Carlton.

Read this book once for the pure fun of it and a second time for its originality of style and insight. If this book was a song, I’d buy an iPod, learn how to download, shuffle and listen to “The Song is You” whenever I wanted.  – Sunny Solomon 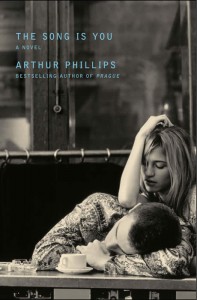 Sunny Solomon holds an MA in English/Creative Writing, San Francisco State University. She is a book reviewer for “The Clayton Pioneer” and her poetry and other writing has been published in literary journals, one chapbook, In the Company of Hope and the collection, Six Poets Sixty-six Poems. She was the happy manager of Bonanza Books, Clayton, CA and Clayton Books, Clayton, CA. She continues to moderate a thriving book club that survived the closure of the store from which it began. Sunny currently lives next to the Truckee in Reno, NV.
More from this reviewer
PrevReturn to Sender
The Magician’s ElephantNext